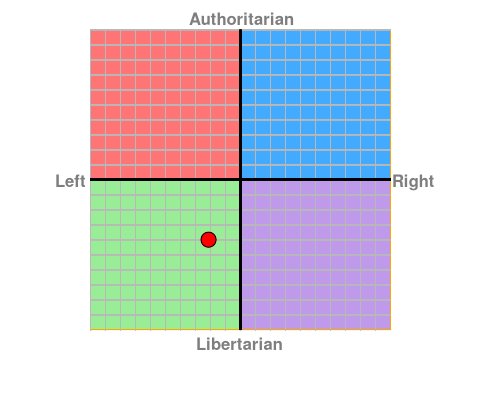 I couldn't make your link work to find the graphic, but I tried.
0 Replies
1
Reply Mon 11 Apr, 2016 07:11 pm
@Lash,
Fine I'll take the test again, I'll try to show my score, though I am not sure I'll be able to show the graph. You are really are getting on my nerves. Not sure why you seem to have it in for me, but I hope you get a handle on it soon.
2 Replies
Below viewing threshold (view)
-5
Reply Mon 11 Apr, 2016 07:20 pm
@revelette2,
You are such a hypocrite. You follow me around constantly, prattling on about my political opinions, and Lash must be this, and Lash said that.

Do you actually think I'm going to allow you to belch out whatever insulting inanity that pops into your head, and not respond? Somehow it's your right to make personal remarks and hypotheses about me, but you don't understand when I respond in kind? Really?

Anyway, here's the thing. I ran out of patience with your bullshit. 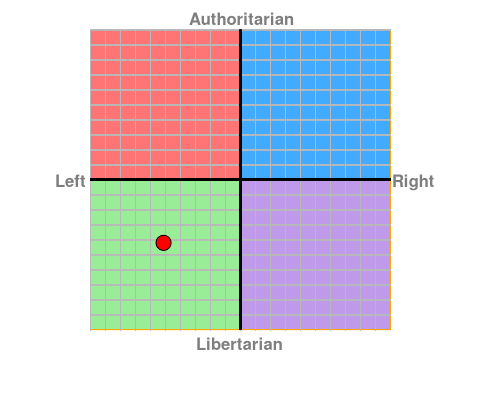 When Clinton and her supporter claim Sanders is not really a democrat, they are speaking nothing but the plain fact. Can you not get it through your head? He is an Independent and is proud that he is the longest serving independent in congressional history. It is on his website along with the catchy slogan of "feelthebern."


You are missing the point. This isn't about arguing over the meaning of words, this is about winning votes.

Bernie Sanders is (by far) the closest candidate to my point of view. If the Hillary camp keeps telling me that the my perspective doesn't belong in the Democratic party, then were do I (and the millions of other Bernie supporters) belong?

People with my political views have two choices in our two party system. We can choose to not vote for either party, or we pick one party and then work to push that party to represent our views.

What do you think the millions of us who support Bernie should do?

Do you really not understand the problem you are causing by telling us we don't belong in the Democratic party?


1 Reply
1
Reply Mon 11 Apr, 2016 08:01 pm
@bobsal u1553115,
Has me less libertarian than it first did (this has been around for ages). Dunno if it means it skews less toward libertarian (that was an early criticism of it) or if my answers were slightly less so this time around...

Do you really not understand the problem you are causing by telling us we don't belong in the Democratic party?

I never said or implied you don't belong in the democratic party. If you think Bernie is the best for the problems we face now in this time, then by all means vote for him. I do not think he is best, I don't really think Hillary is best, but I happen to think she is more prepared and more realistic than Bernie is. I understand and accept you disagree.

I just wish in the end some of the Bernie or bust folks would rethink their position as I think anything else would only benefit either Cruz or Trump.

Also on my last post, did it too quick, getting kind of het up after claiming that I don't do that. I meant "thumbing down" instead of thumbing dumb" of course. Although some of are using the feature in a dumb way, I am including myself in that criticism.

I am simply explaining to you why to the more than 40% of Democratic primary voters who support Bernie Sanders as the best candidate to lead the Democratic party, this is both insulting and counterproductive.

If I were Hillary and cared about making sure Bernie voters support her in the general election, I would drop this attack. And, yes... Hillary is running to be president of the United States. She has far more responsibility to reach out to Bernie supporters for their support than Bernie supporters have to fall into line behind her should she win.

Me, this time around: 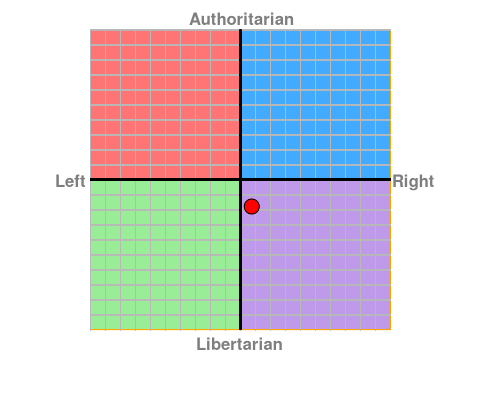 If I were Hillary and cared about making sure Bernie voters support her in the general election, I would drop this attack. And, yes... Hillary is running to be president of the United States. She has far more responsibility to reach out to Bernie supporters for their support than Bernie supporters have to fall into line behind her should she win.

I never thought that the Democratic contest would devolve into scorched earth tactics, but we're getting there pretty fast. Not only is Clinton going to have trouble approaching Sanders voters, but Sanders is going to have trouble with Clinton voters. Unity in the Republican party is looking pretty rough right now, but the Democrats are moving that direction as well.
1 Reply