A Question about English Idioms

do you have something like cut one's arm or leg?

We have a saying, if you want to call it that, to the effect that you should "cut your losses." It's kinda like "don't throw good money after bad." They both mean you shouldn't hesitate to take a certain (but smaller) loss rather than forgo doing so and try to hold out in hopes of a greater gain (or avoiding any loss at all).

They don't quite fit your example, but that's the closest I can think of.

Personally, I don't subscribe to such advice. I kinda like to be "all in." Otherwise you would just cut and run from a fight after you took one punch.

Speaking of which "cut and run" is another relative here. When English ships would see pirates approaching their anchored ship, the would often "cut and run." That is, they would just cut the rope to their anchor (thereby losing the anchor forever) so that they could "run" as fast as possible.
0 Replies
1
Reply Sat 7 Nov, 2015 08:54 pm
@remington318,
In medicine, there's the saying, "life over limb," but it's not widely used outside of the medical context. Maybe "drastic times call for drastic measures" comes close, but it's not an exact match.
0 Replies
1
Reply Sat 7 Nov, 2015 09:00 pm
@Tes yeux noirs,
It's the devil and the deep blue see among Americans, too. Saab's English is pretty good, but she's not a native-speaker.
0 Replies
0
Reply Sat 7 Nov, 2015 09:26 pm
@ehBeth,
No, it is not equal! to die and to lose one hand is absolutely not equal!
I know to cut your own wrist is a very hard choice, but to compare with death, one hand is marginal.
His example is not good, again.
Thanks!
2 Replies
2
Reply Sat 7 Nov, 2015 11:38 pm
@Tes yeux noirs,

The expression has been used in this house hundreds of times - so I should know. And the devil always came first.

But this is what you wrote - with the deep blue sea first:

Being caught between the deep blue sea and the devil. 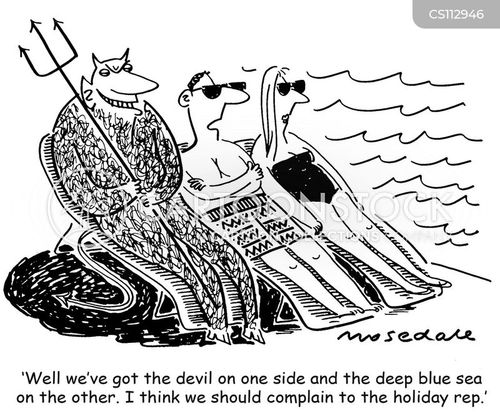 I said they were both bad choices.

To use another idiom - deal with it.
1 Reply
2
Reply Sun 8 Nov, 2015 01:04 pm
@ehBeth,
I know you did not say expressly that they were equal.
But, saab's example was two bad choices, you don't want either of them. My question indicated you want both, one was your life, another was your hand. but, since you cannot keep both, you have to give up one and give it up as quick as possible. And the one has to be your hand because it's obvious.
Thank you again.
0 Replies
1
Reply Wed 11 Nov, 2015 04:44 am
@remington318,
https://en.wikipedia.org/wiki/Pyrrhic_victory

a stitch in time saves nine
fortune favours the brave
I'm sure there's one to fit the poisoned hand scenario, but I'm damned if I can think of it.
one bad apple spoils the barrel
I'm not even close.
1 Reply
1
Reply Wed 11 Nov, 2015 05:08 am
@McTag,
I have a similar nagging feeling that there is one in English, but my brain just won't cough it up.
1 Reply
2
Reply Wed 11 Nov, 2015 06:31 am
@FBM,
http://www.smart-words.org/quotes-sayings/idioms-meaning.html

maybe this could be to some help.

I have a book Red Herrings and White Elephants and so far I have not found any of the idioms which have been mentioned here.
1 Reply
1
Reply Wed 11 Nov, 2015 06:41 am
Idioms don't necessarily translate well, unless borrowed from neighboring languages. There is absolutely no good reason to believe that common idioms in Mandarin will be found in English, nor that the reverse would be true.

However, the idea embodied in coyote ugly comes close, although that's just coincidence.
1 Reply
1
Reply Wed 11 Nov, 2015 06:41 am
@saab,
Thanks for that. One that is in the ballpark:

0 Replies
1
Reply Wed 11 Nov, 2015 07:34 am
@Setanta,
There are some idioms in Danish, which the Swedes never heard about.
One is when you have to get up very early
Get up before the Devil has put on his shoes
When things are really bad in Sweden it has something to do with the Devil and his grandmother (his mother´s mother)or his mother´s sister
Fan och hans mormor or moster