Mourning for The Dish

Forums: Blog, The Dish, Loss Of The Dish, Andrew Sullivan, Early Longlasting Blog
Email this Topic • Print this Page
Reply Wed 4 Feb, 2015 05:59 pm
Other than newbie readers here at a2k understand that many of us are, if not quite addicted, variously connected by internet umbilical cords to this site, sliver thin or thick ones. These are sometimes cut. Mine is probably viewable as a rolled up giant braid of mixed yarns and twigs.

I've also fallen under the spell of The Dish, the Andrew Sullivan blog.

I'm not clear if there are any other Dishheads here at a2k. I was a latecomer, maybe six months ago. Sullivan's blog has gone on from 2000-2015.
I remember Sozobe quoting him lots of times, probably with links that I never kept in my blog list.

How to describe him in a few words? Bright; good communicator, oral and written; opinionated: well read, analytic, insightful, emotional; able to say he was wrong and the whys (part of why people have liked the blog, and disliked the blog); good humor, which to me means sense of perspective; loves dogs. He's also catholic, gay, still politically conservative (I take it in the older sense), still Repubican.

I just read Friday is the last day. Oh, hell.

I'll give a link to one of the last bits I read, newest posts first, scroll up for later than this one.
http://dish.andrewsullivan.com/2015/02/04/a-note-to-my-readers-ctd-2/

I haven't been able to get through to give my email - it's that old triangle, my antique mac, myself, and captcha. Maybe I'll figure it out by Friday.

The dog behind his graphics - 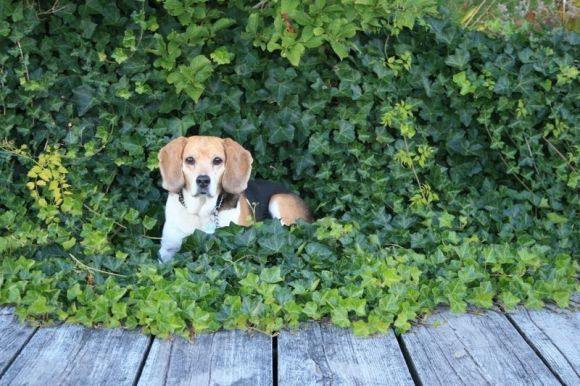 Oh, when I mentioned Sullivan is "catholic, gay, still politically conservative (I take it in the older sense), still Repubican", those are all states of being that I don't share with him at all, nor have some fair portion of his and the site's readers. What has been so good has been the writing of opinions, commented on by emails to the site by readers with more to say pro or con, which became part of the stream of posts, intelligent conversations unfolding, various mind changings or elucidations.

Here are some links to others' reactions:

http://www.bloombergview.com/articles/2015-02-05/goodbye-to-the-dish-and-blogging-too (I think she's somewhat wrong re his model re blogging and subscriptions).

I'm freaked, too, that there will be no more added photos and solutions to the site's View from Your Window (VFYW) contest. When I found myself enjoying the guessing and estimations on where any of the views were, many of them gorgeous, ordinary, decrepit, or dismal, from around the globe, I went back to the beginning of the contest to get a look at all of it, the guesses and how the winners did it.

It's good they are keeping the archive of the site, even at cost.
I'm at contest #142 now, out of 232. I've learned a lot, including about searching methods, and already forgotten a lot, so I may rewind and look again. It's one way to see the world.
Contest archive here, for the geographically curious -
http://dish.andrewsullivan.com/vfyw-contest/

1 Reply
1
Reply Fri 6 Feb, 2015 06:29 pm
@ossobuco,
The Daily Dish was the first name of the blog. Interested as I am in his and the blog's changes, I may search back and read up. If I do that, I'm guessing it'll be easier than if I'd read it when it started, re our opinions; fewer flames from my eyes.

http://en.wikipedia.org/wiki/Andrew_Sullivan
Your hackles are apt to go up, or not, re the wiki take, but keep reading.
0 Replies