Brothel vs the Church

I don't vouch for the authenticity of this. Got it as an e-mail.
Diamond D's brothel began construction on an expansion of their building to increase their ever-growing business. In response, the local Baptist Church started a campaign to block the business from expanding -- with morning, afternoon, and evening prayer sessions at their church.

Work on Diamond D's progressed right up until the week before the grand re-opening when lightning struck the whorehouse and burned it to the ground! After the brothel was burned to the ground by the lightning strike, the church folks were rather smug in their outlook, bragging about "the power of prayer."

But late last week 'Big Jugs' Jill Diamond, the owner/madam, sued the church, the preacher and the entire congregation on the grounds that the church ... "was ultimately responsible for the demise of her building and her business -- either through direct or indirect divine actions or means."

In its reply to the court, the church vehemently and vociferously denied any and all responsibility or any connection to the building's demise.

The crusty old judge read through the plaintiff's complaint and the defendant's reply, and at the opening hearing he commented, "I don't know how the hell I'm going to decide this case, but it appears from the paperwork, that we now have a whorehouse owner who staunchly believes in the power of prayer, and an entire church congregation that thinks it's all bullshit."
Type: Discussion • Score: 4 • Views: 883 • Replies: 9
No top replies
1
Reply Fri 21 Nov, 2014 02:23 am
@Lustig Andrei,
Thanks Andy. Is this for real?
0 Replies
1
Reply Fri 21 Nov, 2014 05:09 am
I think it's an urban legend.

Snopes site traces this tale to its Origin: Our earliest sighting of the item comes from a 2001 issue of "Smilers," an online compendium of humor. It in turn gave as its source "Our Daily Bread," a publication of RBC Ministries.

I believe it (but only because it is funnier that way).


Here is a similar story that is documented. When strip club employees are upset by church members picking them, they return the favor.

0 Replies
1
Reply Sun 23 Nov, 2014 08:56 pm
This reminds me of an urban legend of at least 50 years ago or more. As the story went, a man whose house had been destroyed in a hurricane discovered that his homeowner's policy would not cover the loss because he was not insured against 'acts of God.' So he entered a suit against God in the county court. The judge before whom this case came had a sense of humor. He said he was personally sympathetic but had no jurisdiction over the defendant on geographic grounds.

So our hero turned around and entered a class-action suit against all the churches and other religious institutions in the county as local representatives of God. I don't recall what the outcome here was supposed to have been. Probably dismissed as frivolous.
1 Reply
1
Reply Mon 24 Nov, 2014 02:16 am
@Lustig Andrei,
That sounds very similar to the plot of a Billy Connolly film. 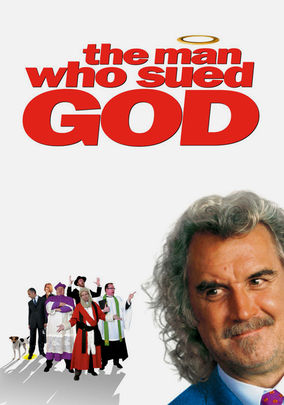