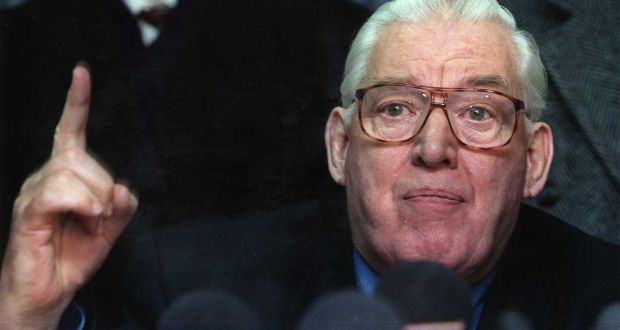 The death of Ian Paisley marks the end of an era. Here was a Big Man with big boots.
Descriptions and characterisations vary greatly: the most divisive politician in modern Irish history; the Dr No who became Dr Yes; a demagogue; an egocentric with a lust for power; a preacherman of deep faith; a bigot; a politician who worked as hard for his Catholic as for his Protestant constituents; a man who in the end cemented the peace; a loving family man.
Dr Ian Paisley was all these things and more. You can’t but return to the depiction of Dr Paisley by another prominent public figure Dr Maurice Hayes: “Ian Paisley has six personalities: two of them are very nice people, two quite awful, and the other two could go either way.”