There is one aspect of the war on drugs that no one talks about, even fewer people understand and that is what we lose as a society by making highly addictive drugs like heroin and cocaine illegal. We lose the most integral part of any civilization, our wisdom. The problem with the laws are we haven’t also outlawed all the other addictive aspects of life that are responsible for much more disease, death, and suffering like fast-food or money lending with outrageous interest. Heroin and cocaine aren’t sustainable. They are so powerfully addictive the cravings are impossible to ignore but this doesn’t mean the addictions are impossible to resist. Tobacco and alcohol are integrated into social life and most addicts live normal lives; others continue to remain addicted after harming loved ones, innocents, or even after dire medical diagnosis.

The war on drugs was allowed to occur by those politicians who have thought themselves wise. It was never meant to be a culture war or a war on people based on their race or social class, it just happened to be. This war was never meant to bring corruption to every level of government in every government in the world, it just did. (Dr. Douglass, Battle Lines). The war was meant to prevent heroin, cocaine, and other highly addictive, dangerous substances from becoming like tobacco and alcohol. Imagine if heroin was branded like tobacco or alcohol.

What if cocaine was produced in dozens of blends (similar to what has happened with THC) and suddenly it’s available in candy, as a liquid, and is available in strength variety based on potency from weak, cut, to crack? Or what if a little heroin was added to cigarettes to make an already addictive product easier to consume, more potent, and much more addictive? Fear is undoubtedly responsible for the war on drugs, which is without question but whether or not that fear is a product of ignorance, racism, or wisdom is up to how we make tomorrow look.

The end of the illicit drug trade has to be on terms that everyone can accept. There are two sides actually doing the fighting with whom real wars ensue, police enforcement and criminal distribution. Enforcement doesn’t want their kids hooked on drugs and they don’t think that people should profit from selling them since they can be destructive. Distribution doesn’t want to be criminalized for using them; they believe that people should be allowed to do what they will with their own body as long as they don’t hurt anyone. It’s hard to tell who’s winning considering the facts that there are a very high number of prisoners of war now serving time on drug charges and that drugs are easily available for purchase in those same prisons.

The only way to dismantle distribution chains which are a part of capitalism but not the taxable economy is to provide a better product at a more convenient location for a reasonable price. This can easily be accomplished by setting up a government manufacturing monopoly for the illicit drug trade. Through proper regulation we can change the economy of the war on drugs. The monetary cost of drugs is the biggest burden to society manifested as a result of the American war on drugs. The emergence of competitive drug trading cartels is evidence but this is even truer on the level of the drug user who is exploited, drained of resources, and then their addiction is often viewed as criminal pushing addicts (through social stigma) into illegal activity as a means of economic support. The situation is so dire that drug use has a sentiment of rebellion in all youth culture. There is no greater recipe for addiction than drug use mixed with the sentiment of anger and injustice.

As new drugs are invented by individuals, organizations, or discovered and adopted by populations then government must make those products available as well; regulating the enforcement of future recreational drugs through capitalist endeavor, grant subsidy, and contract responsibility. This solves the issue of profiting off of the drug war as all the money goes to improving the market for drugs by educating consumers, making a more intelligent product, and providing a safer way to acquire it. This is an example of ‘true capitalism’ which is doing what’s best for the entire market including the consumers. Addictive substances aren’t synonymous with ‘true capitalism’ since they’re dangerous to consume they should exist outside of it through government regulation. Criminality involving the use or sale of mind altering substances needs to be extinguished. There is no other way to control the economy from drugs which fuel more serious black-market activities such as human trafficking; drugs have long been the kingpin which fund criminal organizations worldwide.

Some may feel that this will create more drug-users and my response to that is, “Good”. Word of mouth is god in terms of being the most powerful form of marketing in a capitalist economy; it's the root of religious prosperity for thousands of years. We can change the economic structure of the war on drugs, we can shift demand away from a subjugated minority, but we cannot expect to reduce demand through any means of social-engineering. If more people are using recreational drugs in a responsible way and no one’s life is destroyed as a result of drug use then that would be more successful. No one wants it to be like tobacco and alcohol with tons of different brands competing with advertisements everywhere from billboards to Hollywood love scenes. There should be no traditional advertisements anywhere for any addictive substance, only for the treatment, education of effects, or publication of uses. Alcohol and tobacco will not change.

George Washington may have been right in the warnings he gave about a two-party system just as there’s truth in John Adam’s condemnation of our two-party political system as being ‘the greatest political evil under our constitution.’ Their fears would have held more weight if they could see into the future. War has too often tried to remind humanity that evil is really only a matter of perspective. The emergence of political parties serves the principle of freedom under that which America was founded, additional political parties are an inevitable aspect of any representative democracy, and ironically they alleviate the fear inherent in a two-party system. It is the very nature of the duality of human consciousness, good and evil, right and wrong which these great American politicians spoke out against. For it is the conception of that which is inherently good and that which is inherently evil which must be feared eternally. Democracy was invented for the citizens of a community to elect ideas not representatives. There hasn’t been a true democracy since ancient Greece.

We are human beings - we can critically think; we don't need to chemically think. 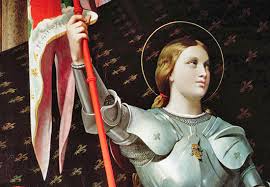