You're more stupid than you seem! The GOP's are the ones who are pushing for legislation that control's women's bodies, deny gays and lesbians equal rights under our laws, and treat children who tries to come to our country without any humanity.

Your brain is forever damaged from your kind of 'conservatism.'

were do these people come from?
2 Replies
1
Sat 19 Jul, 2014 01:43 pm
@Quehoniaomath,
Well, if it's true that I don't know what you mean, but all intent and purposes, many others will not understand you either.

My English communication skills are pretty good, and not many have challenged me on my opinions or grammar.

I'm making an open challenge to you; I have over 90,000 posts on a2k. Find any that meets your opinion that I'm the one not capable of understanding you vs the other way around. You said, I said, gets us nowhere - it seems.

were do these people come from?

Well, if it's true that I don't know what you mean, but all intent and purposes, many others will not understand you either.

My English communication skills are pretty good, and not many have challenged me on my opinions or grammar.

I'm making an open challenge to you; I have over 90,000 posts on a2k. Find any that meets your opinion that I'm the one not capable of understanding you vs the other way around. You said, I said, gets us nowhere - it seems.

Give it a [email protected] LOL

O boy, now your childish and your pathological competitiveness is showing!

I really , really had to laugh when you wrote:

I guess you think it is something to be proud of, eh ? Well, I see it as a sign of a lack of la ife and some intelligence. Really!

Do you really think I am impressed with something like that?!

The only thing I see is that you are not able to 'get' something.
I really don't care about the rest.

well, that is ok. Doesn't bother me.But it seems something is triggered within you.

Nevermind, you are not the only one.

You're the childish one here. Your use of ad hominems isn't called for in this instance.

Not competitive; just asking for proof for your unfounded claims.

You're the childish one here. Your use of ad hominems isn't called for in this instance.

Just respond to my question. Simple.

Now I really had a good laugh!

lol. Have you count your own?!


Anyway, I am not a bit interested in what you wrote, it is very stupid and childish and shows a llack of intelligence and integrity.

You don't even get what I wrote the last time!

Maybe you have so many posting because you don't understand any!

behave like an adult, or at least try, thank you!

Of coarse you had a good laugh; a typical childish diversion. LOL

Thnak you for showing exactly what you are doing all the time!
No content just trying to insult.
so please if possible try to stop responding to my postings.

It doesnn't matter that you don't 'get' things.
You will, later, seriously.

Now, try another thread or something

What is happening to them?

They are being murdered and harassed by Muslims(devout Muslims). Pro Palestine demonstrations have been outlawed.
0 Replies
0
Sat 19 Jul, 2014 04:22 pm
@cicerone imposter,
develop toward a better, more complete, or more modern state.

Do you see where "state" is in that sentence? What do we need to complete? And who are you to say what is better? While your responses are filled with names and ridicule. And definitions that make you look even dumber(like that?) You don't like it when I do it, do you?
0 Replies
1
Sat 19 Jul, 2014 05:39 pm
@izzythepush,
This is an interesting post, Izzy.
I like it; thoughtful & filosofical.

Politicians r un-trustworthy. At the age of 11, I learned
that trusting people is a bad business and one shud keep it to a minimum.

So are the heads of big business

and small business and customers and everyone else

we can change our politicians,
we've got no such power over business leaders and the very rich.

We shud not; thay r rightfully free.
As we get richer, we do not relinquish our liberty.
I did not. Did u, Izzy ?

That's why we need our representatives to keep them in check.

Even if u need it,
thay have no jurisdiction to do so.
My assertion applies in a free country.
I shud not comment about England, for lack of knowledge.

Do the boys of England have as much FREEDOM,
or as much fun as the Americans in those videos??

or do u live under authoritarianism ?

Freedom from the interference of government
is what we have in mind in America. Government is a dangerous hireling.
Of course, a man can also be free of many other things.
In reference to those: one must SPECIFY with particularity.

and not have others' ideas forced on us.

Do u think there 's much chance of that?? I dont.

We don't force our schoolchildren
to pledge allegiance/salute a flag, or a monarch.

We dont.
Offhand, I cant think of anything that I 'd FORCE them to do.
If I had a son, I dont imagine that I 'd get in his way much,
but I must admit that u don t know unless presented
with the actual fact. I 'd want to be a good host.

We can gamble freely,
including on the outcome of elections,
something you are forbidden from doing.

Being forbidden is insignificant.
I 'd not take that seriously. I 'd do that without thinking 2ice,
if I wanted to and I had someone to take the bet,
tho the courts wud not enforce the contract of wager. I am a free citizen.
I LOVE Las Vegas. I have a free week's rent at the Golden Nugget
from its loyalty program called The Gentleman's Agreement.

We can cross the road without fear of being arrested for jaywalking.

I 've done that for years, decades & centuries, fearing only the vehicular traffic.

We are released from the tyranny of medical bills,
we don't have to fear armed police.

I don t fear armed police; never did.
I support the free market. I have medical insurance; no trouble.

In the run up to the Iraq war we had a free press that told the truth
about worldwide [????] and public opposition to the war,

Saddam was intolerably dangerous.
He was a homicidal maniac with a grudge against us for Kuwait
and access to nukes next door from Russian scientists or former Red Army officers.
I for SURE had no interest in worldwide leftist-pacifist opinions.

not a subservient tool of the far right
that broadcast propaganda 24/7.

In America, the press is un-friendly to conservatism.

We can enjoy an alcoholic drink when we reach adulthood,
not have to wait a further three years.

I 'd repeal laws
on alcohol or any drug,
restoring the status quo ante. Its none of government's business.
Personally, I don t care much for drugs. Alcohol is a headache in a glass.

We don't have to live in fear of the criminally insane
being given firearms like Eliot Rodgers.

Thay shud be ISOLATED from the decent people,
not necessarily on this Continent and thay shud PAY for their guns
like anyone, not have them "given" to them.
I assure u that I don t "live in fear
of the criminally insane being given firearms" or fear of anything.

We don't have to give photo id when stopped by a policeman.

I 've never done that.

In fact the only thing that stops us being free
are the foreign troops on our soil.

Do your countrymen agree??
This has very little importance, in my mind.
I c nothing rong with bringing them home.
The 3rd World War is over. We won.
Please explain HOW
those troops interfered with your freedom. ???

We don't want an armed population, that's the majority view,

That addresses brute power, not what is right.
Tony Martin was sodomized by your government; ineffably beyond egregious.
He shud not have been in prison even for a minute for admirably defending his property.
The "majority view" cud not void his Natural Right of self defense.
Does what the majority WANTS extinguish the personal right to self defense?? I doubt it.
If the majority voted that Moslems or Jews had to convert to the Church of England,
then wud thay lose their personal rights of choice??? I don t think so.
Up to approximately 1920, England was a free country. The English were proud of it.

and America gives a salutary lesson on why
that is the correct view almost every day.

As the 7th US Circuit Court of Appeals put it:
the place where one has a right to defend himself
is the place where he is attacked. Older English filosofers agreed with that.
Is that obsolete in England now ?
Is the new doctrine: "don t hurt the predator" ?

If you wanted us to be truly free you'd let us make our own decisions,
not be told what to do by you.

I dont prevent u from executing your decisions.
I just mouth off, offering opinions n observations.

You might not get a reply for a while. Is there an English phrase for tearing someone a new asshole?

More in the order of creating a police state. The only thing progressivism can lead to.

I happen to agree that a police state is being built in the US, but not (or not only) by 'progressives'. But what would you do if you were the president, to fend off this risk? Lower funding and power for security agencies?
1 Reply
0
Sun 20 Jul, 2014 09:01 am
@Olivier5,
Quote:

I happen to agree that a police state is being built in the US, but not (or not only) by 'progressives'. But what would you do if you were the president, to fend off this risk? Lower funding and power for security agencies?

Obama is such a sicko, he loooovvveesss building one!!! 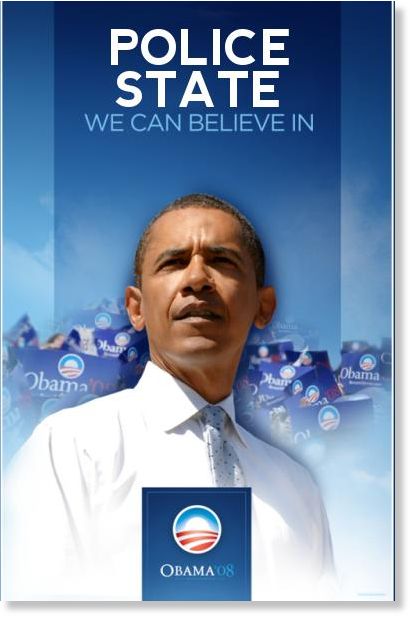 Is your wife barefoot or pregnant or both? Perhaps she is pampered, has a Negro houseboy and some maids.

Conserving 50s USA could only be a good thing, right, Finn?

PBSUCCESS, authorized by President Eisenhower in August 1953, carried a $2.7 million budget for "pychological warfare and political action" and "subversion," among the other components of a small paramilitary war. But, according to the CIA's own internal study of the agency's so-called "K program," up until the day Arbenz resigned on June 27, 1954, "the option of assassination was still being considered." While the power of the CIA's psychological-war, codenamed "Operation Sherwood," against Arbenz rendered that option unnecessary, the last stage of PBSUCCESS called for "roll-up of Communists and collaborators." Although Arbenz and his top aides were able to flee the country, after the CIA installed Castillo Armas in power, hundreds of Guatemalans were rounded up and killed. Between 1954 and 1990, human rights groups estimate, the repressive operatives of sucessive military regimes murdered more than 100,000 civilians.