Glenn Beck: ‘Liberals, You Were Right,’ We Should Never Have Gone into Iraq

The Jihadi Menace Gets Real

ISIS is bigger, badder, richer, and better organized than any jihadi threat the United States has faced thus far. Its rise represents a foreign policy disaster of the first order.

Meanwhile, as the liberal press does its earnest best to ignore the real-time collapse of a foreign policy it once cheered to the rafters, some GOP voices are doing their best to add to the confusion and further muddy the debate. The architects of the war in Iraq are claiming that this disaster somehow vindicates them, and some hope that, as the nature of the danger and the magnitude of the disaster sink in, the nation will call them back to power.

In fact, the architects of the surge and the policies that stabilized Iraq following the nadir of the war do deserve credit; Generals Petraeus and McCrystal, both driven from public service as a consequence of minor indiscretions, tower like giants over the moralistic timeservers who arrogantly and foolishly cast them aside. But if those who led the nation into Iraq want to play a positive role now, they need to embrace some humility and talk about “lessons learned.” If they want to help the United States of America in an hour of real need, they must not try to use the current situation to win personal vindication—and the more stridently they demand it the more they will place obstacles in the path of the debate that we need, marginalize their own voices and divide a people who need to unite as the dangers grow.

Obama is a traitor, or extremely stupid. Which one is it?
http://www.the-american-interest.com/wrm/2014/06/23/the-jihadi-menace-gets-real/?utm_content=buffer79d64&utm_medium=social&utm_source=twitter.com&utm_campaign=buffer Bodies of Coptic Christians lay in a field near Benghazi, Libya, after their abduction and execution by Islamists.
1 Reply
2
Reply Mon 23 Jun, 2014 03:27 pm
@coldjoint,
Iknow because that never happens anywhere else that isn't Muslim. 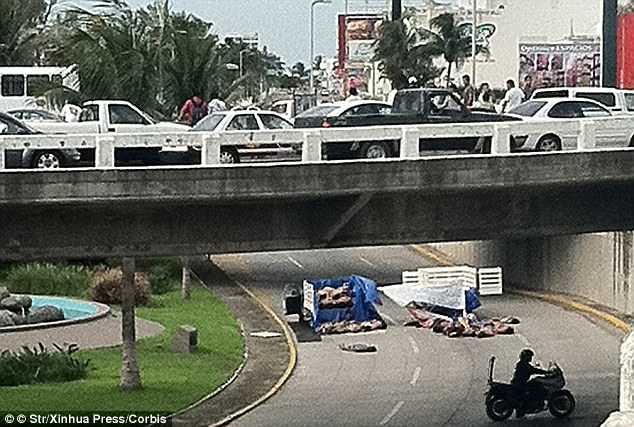 Having a liberal arts degree that included Western Civilization as well as comparative religions gives me an edge over any of your soulless barkings at the moon that also helps.
0 Replies
2
Reply Mon 23 Jun, 2014 03:47 pm Great job Senator McCain! Yes we know you are for arming pretty much any group around the world and for getting U.S. Armed Forces entangled in any conflict worldwide but this is a little much even for you. Talk about backing the wrong horse! These are some of the people you called “moderates” when you were in Syria. They don’t seem so moderate as they are machine gunning people to death in drive bys.

Remember when Sen. John McCain took that tour of Syria with the rebels? This is what he said about it when he came back:

“It was a very moving experience to meet these fighters who have been struggling now for over two years,” McCain said on CNN’s “Anderson Cooper 360” on Wednesday night. “And they’re very aware of the battlefield situation and they’re very disturbed about the dramatic influx of Hezbollah fighters, more Iranians, and of course, stepped-up activities of Bashar Assad.”

Here’s one of the photos released to Politico: See above!

Here’s the one ISIS released recently:

The man closest to John McCain is General Salim Idris, who was the head of the Free Syria “moderates” at the time.

Idris was booted out.

ISIS is saying some of the men on that photo fight with them now.

I don't need to explain anything. There should be no cooperation with Islam whatsoever. No aid, no humanitarian help, nothing. What makes you think I encourage any contact unless it is with a bullet in a terrorists head?
2 Replies
1
Reply Mon 23 Jun, 2014 08:50 pm
@coldjoint,
Quote:

I don't need to explain anything. There should be no cooperation with Islam whatsoever.
No aid, no humanitarian help, nothing. What makes you think I encourage any contact
unless it is with a bullet in a terrorists head?

The beneficiaries of our aid
cheered and DANCED IN THE STREETS on 9/11/1.
We saw them do it on the TV news at that time.

Then explain McCane pinching the butt of ISIS.

An eighteen-year-old girl was stabbed to death by her brother in the name of honour in the South Cantt area on Saturday.

Accused Ahsan Anwar suspected the character of his sister (U). On the day of the incident, he alleged saw her with a man and stabbed her to death.

There is an example of religious obligation. Does the Supreme court approve of that?
http://halalporkshop.blogspot.co.uk/2014/06/muslim-kills-sister-for-honor-because.html

“Labeiki ya Zaynab,” chanted Iraqi Shia fighters as they swayed, dancing with their rifles before TV news cameras in Baghdad on June 13.

They were apparently getting ready for a difficult fight ahead. For them, it seemed that a suitable war chant would be answering the call of Zaynab, the daughter of Imam Ali, the great Muslim Caliph who lived in Medina 14 centuries ago. That was the period through which the Shia sect slowly emerged, based on a political dispute whose consequences are still felt until this day.

That chant alone is enough to demonstrate the ugly sectarian nature of the war in Iraq, which has reached an unprecedented highpoint in recent days. Fewer than 1,000 fighters from the Islamic State of Iraq and the Levant (ISIL) advanced against Iraq's largest city of Mosul on June 10, sending two Iraqi army divisions (nearly 30,000 soldiers) to a chaotic retreat.

The call to arms was made by a statement issued by Iraq’s most revered Shia cleric, Grand Ayatollah Ali al-Sistani, and read on his behalf during a Friday prayer’s sermon in Kerbala. “People who are capable of carrying arms and fighting the terrorists in defense of their country ... should volunteer to join the security forces to achieve this sacred goal,” the statement in part read. There is an example of religious obligation. Does the Supreme court approve of that?

Only goes to show you how stupid you are. The SCOTUS has nothing to do with Pakistan. Dipshit.
1 Reply
1
Reply Mon 23 Jun, 2014 10:24 pm
@coldjoint,
Please. Whats all this anti Sharia, anti gay crap you spout based on? Religion, you simpleton.
1 Reply