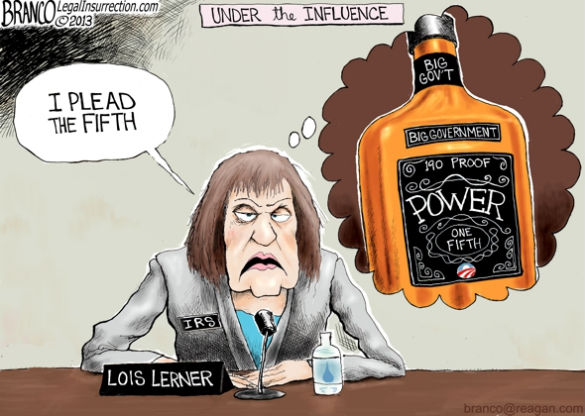 Rep. Price: Obamacare Causing ‘Economic Destruction’
“29ers are folks who have seen their hours reduced from 40 hours a week...49ers are those employers who have decreased the number of employees to under 50."

Price said it was “astounding” to hear Senate Majority Leader Harry Reid’s claim last week that all the “horror stories” being told about the effects of Obamacare are untrue.

“It’s actually astounding that the leader of the U.S. Senate could make such a statement and mislead and deceive the American people in that way,” he said.

Blogs and anecdote a case do not make. Try again.
1 Reply
3
Reply Fri 7 Mar, 2014 08:33 am
@coldjoint,
That's funny because the WSJ just posted a piece on how Obama care is actually helping the economy.

Blogs and anecdote a case do not make. Try again.

And sources like Think Progress and Media Matters do? And don't forget the Dailky Kos.
0 Replies
-1
Reply Fri 7 Mar, 2014 11:30 am
@parados,
This article only talks about the effects of Medicade from the ACA. Of course those people will see an income boost, they are no longer paying for insurance, which does nothing when it comes the benefits of the ACA. When you have people like me who's bring home pay has decreased due to increases thanks to the ACA. My insurance costs increased this year, and I am bringing home $100 less per pay check. With 24 pay periods in the year, that is a $2000 per year decrease in pay.
2 Replies
-4
Reply Fri 7 Mar, 2014 12:11 pm
@Baldimo,
Parados is a shill. And he will gladly tell you half truths, which makes them half lies to support what he is paid to support.
0 Replies
4
Reply Fri 7 Mar, 2014 12:12 pm
@Baldimo,
I always love when people act as if there were never rate increases in insurance before Obama was elected. It shows how out of touch they are with reality.

http://www.factcheck.org/2011/10/factchecking-health-insurance-premiums/
1 Reply
-2
Reply Fri 7 Mar, 2014 12:13 pm
@parados,
Out of touch is posting an article from 2011 stating that the ACA was not fully effect until this past year and trying to use it to discredit people such as myself who have seen the effects first hand.

It's a fact and you are out of touch.

No, he is in touch with every talking point that may arise. And letting him steer your replies in his direction is another liberal dodge. You have and are getting the better of him, but that he will never admit.
1 Reply
-2
Reply Fri 7 Mar, 2014 12:29 pm
@coldjoint,
Well they have been doing that in this thread as well as in another thread. They take a part of a big post and try and hammer away at it. They don't address the rest of the post and ignore it because they can't refute it. I have been onto their game for a while now.

With a comment like "Oh but you think fraud is ok for something you like and not for something you dont' like." Whats funny about this statement is that I never declared that I accepted fraud, they just jumped at something I didn't say, to make it look like I said, when I said nothing of the sort. Picking and choosing what they want to address.
2 Replies
-3
Reply Fri 7 Mar, 2014 12:36 pm
@Baldimo,
Quote:

Picking and choosing what they want to address.

Exactly my point. The narrative is not theirs. The ideas and solutions from the opposing side do not come from demons as they would have us believe. Or from uneducated mis-informed people either.

The fact they have positioned themselves as the expert in all things is ridiculous and is neither true or proven by any stretch of the imagination.
0 Replies
-3
Reply Fri 7 Mar, 2014 12:44 pm 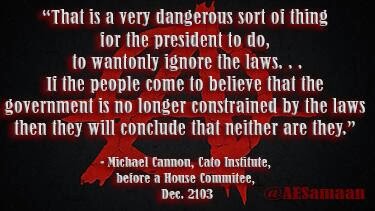 Check the list of what has been done since this massive overhaul was started 4 years ago:

Allowing insurers for two extra years to continue selling plans that otherwise would have been banned by Obamacare. Last fall, Americans across the country and from all parts of the political spectrum raised an uproar in the wake of millions of Obamacare-induced cancellation notices on their individual-market health plans. President Obama trotted out a “keep your plan” Band-Aid effective through this year. Now, the “transitional period” will extend through October 2016 and cover policyholders until the following September, after Obama is safely out of office.

Extending the open-enrollment period for 2015 from November 2014 to February 2015, a month longer than originally scheduled. (It will no doubt be extended again as the midterm elections get closer.)

Relaxing eligibility requirements for insurers to qualify for financial help under a three-year program intended to cushion insurers’ costs of complying with Obamacare mandates.

Exempting labor unions, universities, and other self-insured employers from paying a fee that creates the above-noted fund.

In addition, the White House last month allowed medium-sized employers an extra year to comply with the Obamacare mandate to offer insurance to all full-time workers and reduced the percentage of workers that large companies are required to cover. These latest regulatory walk-backs by administrative fiat all come on the heels of dozens of administrative delays and rollbacks.

While Democrats complain about Obamacare-repeal efforts by Republicans, we may be nearing a special turning point at which the White House will have reneged on more Obamacare regulations than it’s actually enforcing!

Remember: In November 2010, the White House began issuing thousands of waivers to unions, cronies, businesses, and organizations that offered affordable health insurance or prescription-drug coverage with limited benefits outlawed by Obamacare. The federalized-health-care architects had sought to eliminate those low-cost plans under the guise of controlling insurer spending on executive salaries and marketing. Despite the waivers, the mandate has led to untold disruptions in the marketplace and has prompted businesses to cancel the beneficial plans altogether and/or slash wages and work hours.

In April 2011, Obama signed a bipartisan-backed law repealing his own onerous $22 billion Obamacare 1099 tax-compliance mandate that would have destroyed small businesses inundated with pointless paperwork.

Last March, with the support of several key Democrats, the Senate voted to repeal the Obamacare medical-device tax. But the vote has not been enforced. Device-makers have cut back on research and development. And according to the medical-device manufacturers’ industry group AdvaMed, the punitive tax has forced companies to lay off or avoid hiring at least 33,000 workers over the past year.

In December and January, when Wasserman Schultz was busy acting like a two-year-old in response to Obamacare critics, HHS Secretary Kathleen Sebelius was busy:

Delaying onerous “meaningful use” mandates on health providers who are grappling with Obamacare’s disastrous top-down rules for electronic medical records.

None of these delays or changes are ment to help the people, they are ment to prevent Dems from being voted out of office. If the ACA is so great, why all the delays?
0 Replies
3
Reply Fri 7 Mar, 2014 01:43 pm
@coldjoint,
coldjoint wrote:

Are you up on the Senate also?

Sorry pal, I have little patience with novices.