Muslim unity against the European law

Forums: Europe, Religion, Muslim, Islam, Muslims
Email this Topic • Print this Page
Reply Wed 23 Oct, 2013 07:00 am
Every day I see dozens of Europeans who sit in internet, complain, weep and accuse authorities of practically every misfortune happening in their lives... Well, yesterday me saw how muslim people are united here and stand for each other. Make muslims to leave just sitting in internet? Impossible! Right before my eyes city police yesterday tried to detain an Arabian man who crossed road breaking rules on his way to the local mosque. Poor attempt that actually was.... They failed. The moment they stopped the lawbreaker... !! dozens of muslims ran out the mosque and stood for their brother in faith. The next thing that crowd of muslims did was blockade of the road traffic in front of the mosque. Guess what? It took them 5 minutes to release the detainee. Yes, yesterday I personally saw a flock of muslims easy beating full supremacy of European law. Tomorrow one of them will kill and be sure they all again will appear and stand for one of them. There is already no LAW for them here. At least yesterday I saw it in practice that not even police will help in case of problems with immigrants.
Type: Question • Score: 11 • Views: 7,482 • Replies: 143
2
Reply Wed 23 Oct, 2013 08:45 am
@mindme,
Are you being paid to post this shite, mindme old boy?
2 Replies
3
Reply Wed 23 Oct, 2013 10:11 am
There was an interesting report on the radio a few weeks back about the Russian FSB (Federal Security Bureau) pay people the equivalent of $175 US or more per month to spread pro-Russian and anti-American propaganda around the interwebs. Maybe bloggers get more.
1 Reply
-2
Reply Wed 30 Oct, 2013 11:54 am
@Lordyaswas,
I do it for free. If you think Islam can be ignored you are mistaken.
And remember if you are a liberal and a supporter of womens rights, you should be firmly against Islam. 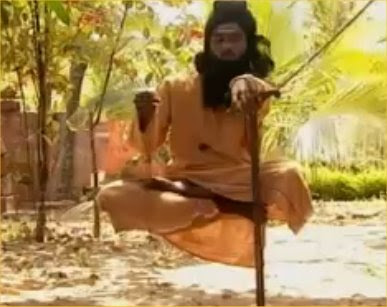 Someone is under the misconception that I would waste my time talking to a low life piece of Nazi ****.

The level of maturity in that reply is profound and game changing.

You are a troll and not a very good one at that.
0 Replies
2
Reply Wed 30 Oct, 2013 11:39 pm
I'm sufficiently sure that this is our Russian propagandist, or one of them, that i'm going to tag this thread to that effect.

Ever notice how the biggest trolls here so frequently accuse others of that?
2 Replies
2
Reply Thu 31 Oct, 2013 04:38 am
@Setanta,
Setanta wrote:

Ever notice how the biggest trolls here so frequently accuse others of that?

However, in all seriousness, in my opinion, I thought that Islam does have a theology that mandates that wherever they live they fight for political autonomy. And, again in my opinion, the first step in that direction is to have one's own application of the previous laws of the land. It's really just the old "cha-cha" (one-two-three), in my opinion. Three being an autonomous territory in everything but name (Montreal comes to mind, and the Palestineans are almost there). The funny thing is that what has taken place in Israel, being just a dot on the map, will take place, in my opinion, in western Europe. Not exactly a dot on the map. I still think it might reflect a divine sense of humor ("If you didn't like those first Semites, here are Semites you'll really love).
3 Replies
2
Reply Thu 31 Oct, 2013 09:18 am
@Foofie,
Shut up, MillerQueenoftheGhetto, you ******* idiot.
1 Reply
3
Reply Thu 31 Oct, 2013 09:19 am
@coldjoint,
It's gotten a reaction out of you. Kind of like heating up a skillet to watch the cockroach run around frantically.
1 Reply
1
Reply Thu 31 Oct, 2013 09:21 am
@Setanta,
Setanta wrote:

Shut up, MillerQueenoftheGhetto, you ******* idiot.


Remember that tomorrow is a Holy Day of Obligation, after a wild Halloween.
2 Replies
-1
Reply Thu 31 Oct, 2013 09:26 am
@Setanta,
But not the desired one.
Now if you wish to discuss the obvious contempt Muslims hold for their host countries laws, and the No-Go zones that number over 750 in France alone, or the gang rapes in the UK and all through Europe we can.

Shut up, MillerQueenoftheGhetto, you ******* idiot.


Whatever else Setanta and I may disagree on, you must admit he got that bit right. You are a ******* idiot.
1 Reply