Muslim unity against the European law

A New Jersey man who prosecutors say used his Islamic Web site to advocate violence against those whose ideals he found offensive to his religion pleaded guilty Wednesday to using the Internet to put another in fear of death or injury, admitting that he posted material supportive of various terrorist attacks and hinted that his followers should target a Jewish organization in Brooklyn.

Talk to this guy about hate.
http://www.washingtonpost.com/local/crime/extremist-islamic-web-site-founder-admits-to-postings-supporting-terrorist-attacks/2013/10/30/57cc1adc-4187-11e3-8b74-d89d714ca4dd_story.html

0 Replies
2
Reply Thu 31 Oct, 2013 10:46 am
That there are Muslims who hate is not evidence that what you are doing is not hateful. A lot of anecdotes about Muslim violence is not evidence that only Muslims are dangerously violent. Clear thinking is obviously not your strong suit.
1 Reply
-3
Reply Thu 31 Oct, 2013 10:51 am
@Setanta,
Your point? What is the difference to you between informing people of hateful actions or doing those hateful things? It seems no different to you?

I have killed no one, advocate killing no one. I see an obvious agenda by Islam.
I post about it to inform. If you can't handle the information don't call me names because it will not change the facts in any way.
1 Reply
3
Reply Thu 31 Oct, 2013 11:00 am
@coldjoint,
As i've already pointed out, there is no evidence that you are dealing in facts--anecdotes are facts about a single incident, and not a reliable basis to condemn an entire religious confession. That's the thing that doesn't seem to sink in with you--that you are alleging a violent, criminal nature to a religious group based on the actions of individuals. Using what passes for logic at your house, all Christians must be murderously dangerous fanatics.

Thinking is hard, Bubba--clear thinking which arrives at logical conclusions is even harder. I have confidence, though, that in the decades to come, you might learn to think for yourself. I know the odds for that don't appear good given your posting history here, but i want to encourage you to try to learn anyway.
1 Reply
-2
Reply Thu 31 Oct, 2013 11:10 am
@Setanta,
Quote:

all Christians must be murderously dangerous fanatics.

That will do. look at the Christian doctrine and the Islamic doctrine. That makes that suggestion patently false. Substitute Islam and then it makes sense.

And it is easy to think for yourself in this matter. Would you like to know why?
It is because all the answers consist of apple to oranges comparisons and try to insult the messenger and the usual excuses that involve historical wrongs and leave out the countless acts of genocide Islam is responsible for.
And still responsible for like the ongoing genocide of Christians in Africa.
1 Reply
2
Reply Thu 31 Oct, 2013 11:21 am
@coldjoint,
No, the slaughter of thousands of Bosnian men and boys in 1995 is a direct apples to apples comparison to any claims about the murderous nature of Muslims. Bosnian Serbs, who are Orthodox Christians, murdered them precisely because they were Muslims (although, very likely, only nominally Muslim). Of course, they wanted to steal any valuables they had in their possession, and then move Christian ethnic Serbs onto their land--but that is neither here nor there in the direct comparison of violent Christians to violent Muslims.

Truth hurts, huh? As is said, thinking is hard, especially for people who are not accustomed to thinking for themselves, and who just puke up someone else's propaganda.
0 Replies
1
Reply Thu 31 Oct, 2013 11:27 am
Here's another couple of Daily Mail headlines coldjoint might enjoy. 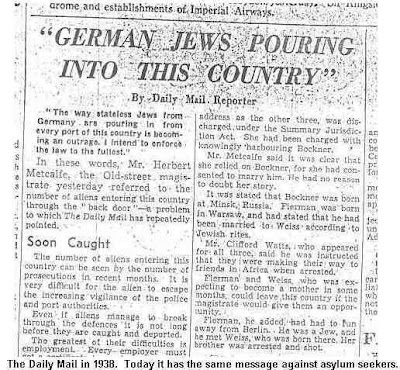 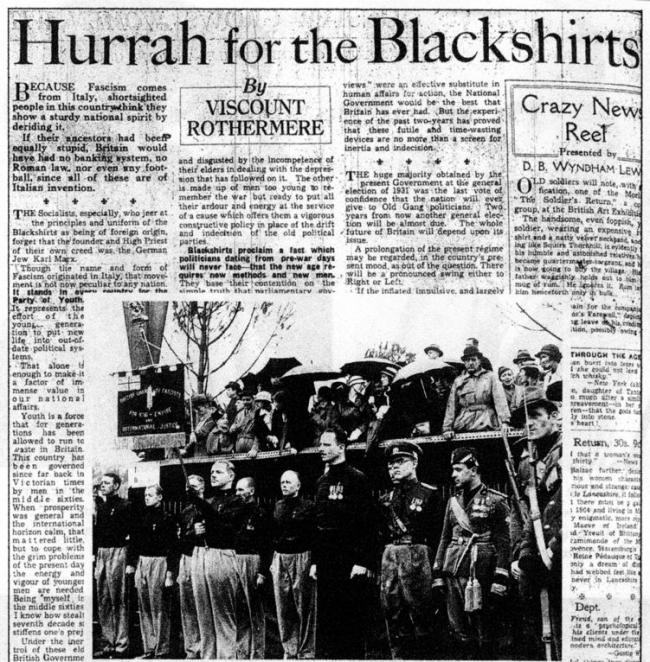 Btw, Asian does not mean Moslem in the UK. In the UK Asian tends to refer to those who originated in the Indian sub continent, although some may have come here by way of Africa. Therefore a British Asian could be a Moslem, but they could just as easily be Hindu, Christian, Buddhist, Sikh, Janist, or a whole host of other religions.
1 Reply
-2
Reply Thu 31 Oct, 2013 11:30 am
@izzythepush,
Quote:

Btw, Asian does not mean Moslem in the UK. In the UK Asian tends to refer to those who originated in the Indian sub continent, although some may have come here by way of Africa. Therefore a British Asian could be a Moslem, but they could just as easily be Hindu, Christian, Buddhist, Sikh, Janist, or a whole host of other religions.

By the way, Asian means Muslim in the UK press.

Actually, it certainly depends on what paper you read. But you really must have had some extremely peculiar funny experiences when you visited the UK - did you just go to the Rocky Horror Picture Show?
2 Replies
-2
Reply Thu 31 Oct, 2013 11:34 am
@Walter Hinteler,
It is political correctness, a religion, for all intents and purposes in Europe.
1 Reply
1
Reply Thu 31 Oct, 2013 11:41 am
@coldjoint,
coldjoint wrote:

It is political correctness, a religion, for all intents and purposes in Europe.


You must have visited more European countries and lived here in Europe longer than I have. And your general knowledge about Europe certainly is deeper than mine.
2 Replies
1
Reply Thu 31 Oct, 2013 11:42 am
@Walter Hinteler,
Once again, here's that annoying old Central Intelligence Agency:

Are you saying when David Cameron said the murder of Lee Rigby has nothing to do with Islam is not PC?

Have you considered addressing a real problem, or do you just cherry pick?


I have. Or better: I had to - otherwise they wouldn't have marked my degrees's theses.
1 Reply