So massive chemical attacks and more than 100 thousand dead are not important enough to interfere.

On the other hand, Catherine Ashton finds Israel building apartments (legal or not) important enough to actually take action.

It's good to know we can tell minor disagreements with Assad from real evil such as Israel.

It added that Mr Obama "believes that there are core interests at stake for the United States and that countries who violate international norms regarding chemical weapons need to be held accountable".

The hypocrisy, the propaganda just keeps marching on and on.

How do these assholes have such gall? No one, that is, no one the planet is anywhere close to the US when it comes to killing people with all manner of weapons.

Isolating the world's top war criminals/terrorists, in any fashion whatsoever, is the best thing that can be done.
1 Reply
2
Reply Thu 29 Aug, 2013 08:37 pm
@JTT,
"No one, that is, no one the planet is anywhere close to the US when it comes to killing people with all manner of weapons."

Can you specify? Is the US killing 100 thousand people during two years of conflict? Is the US using nerve agents?

1 Reply
2
Reply Thu 29 Aug, 2013 08:58 pm
@JTT,
Well, Russia's nuclear arsenal isn't that far behind. Using nuclear weapons is a horrible thing of course. The only time the US used nuclear weapons was during a horrible world war that killed by far more people than that one nuclear attack. And some experts say that attack prevented the killing of more millions. But all this is history. Now there are crimes against humanity occurring in Syria, and the great moral world is letting it happen because doing something is scary - that's the main story. Not the fact that the US has a large arsenal.

Now there are crimes against humanity occurring in Syria, and the great moral world is letting it happen because doing something is scary - that's the main story.

There were much more serious crimes against humanity committed by the US in Iraq and Afghanistan. To let such vicious war criminals and terrorists anywhere near Syria without them being under the total control of an outside agency is ludicrous. The US does things for the benefit of the US and they really don't, haven't ever given a damn about innocents except for those occasions, like this one, where they can use them as propaganda, which is exactly what they are doing, yet again.

And some experts say that attack prevented the killing of more millions.

Those aren't experts, they're propagandists.

The only time the US used nuclear weapons was during a horrible world war that killed by far more people than that one nuclear attack.

You mean the only time nuclear weapons were used was by the US, specifically targeting civilians. The US also seriously considered using them in Korea, where it again, targeted civilians.

The Korean War: The “Unknown War”. The Coverup of US War Crimes

The Korean War, a.k.a. the “Unknown War,” was, in fact, headline news at the time it was being fought(1950-53). Given the Cold War hatreds of the combatants, though, a great deal of the reportage was propaganda, and much of what should have been told was never told. News of the worst atrocities perpetrated against civilians was routinely suppressed and the full story of the horrific suffering of the Korean people—who lost 3-million souls of a total population of 23-million— has yet to be told in full. Filling in many of the blank spaces is Bruce Cumings, chair of the Department of History at the University of Chicago, whose book “The Korean War”(Modern Library Chronicles) takes an objective look at the conflict. In one review, Publishers Weekly says, “In this devastating work he shows how little the U.S. knew about who it was fighting, why it was fighting, and even how it was fighting.

Though the North Koreans had a reputation for viciousness, according to Cumings, U.S. soldiers actually engaged in more civilian massacres. This included dropping over half a million tons of bombs and thousands of tons of napalm, more than was loosed on the entire Pacific theater in World War II, almost indiscriminately. The review goes on to say, “Cumings deftly reveals how Korea was a clear precursor to Vietnam: a divided country, fighting a long anti-colonial war with a committed and underestimated enemy; enter the U.S., efforts go poorly, disillusionment spreads among soldiers, and lies are told at top levels in an attempt to ignore or obfuscate a relentless stream of bad news. For those who like their truth unvarnished, Cumings’s history will be a fresh, welcome take on events that seemed to have long been settled.”

Interviewed in two one-hour installments by Lawrence Velvel, Dean of the Massachusetts School of Law at Andover, producers of Comcast’s “Books of Our Time” with the first installment being shown on Sunday, March 20th, Cumings said U.S. coverage of the war was badly slanted. Hanson Baldwin, the military correspondent for The New York Times, described “North Koreans as locusts, like Nazis, like vermin, who come shrieking on. I mean, this is really hard stuff to read in an era when you don’t get away with that kind of thinking anymore.” Cumings adds, “Rapes were extremely common. Koreans in the South will still say that that was one of the worst things of the war (was how)many American soldiers were raping Korean women.”

Cumings said he was able to draw upon a lot of South Korean research that has come out since the nation democratized in the 1990s about the massacres of Korean civilians. This has been the subject of painstaking research by the Truth and Reconciliation Commission in Seoul and Cumings describes the results as “horrific.” Atrocities by “our side, the South Koreans (ran) six to one ahead of the North Koreans in terms of killing civilians, whereas most Americans would think North Koreans would just as soon kill a civilian to look at him.” The numbers of civilians killed in South Korea by the government, Cumings said, even dwarfed Spaniards murdered by dictator Francisco Franco, the general who overthrew the Madrid government in the 1936-1939 civil war. Cumings said about 100,000 South Koreans were killed in political violence between 1945 and 1950 and perhaps as many as 200,000 more were killed during the early months of the war. This compares to about 200,000 civilians put to death in Spain in Franco’s political massacres. In all, Korea suffered 3 million civilian dead during the 1950-53 war, more killed than the 2.7 million Japan suffered during all of World War II.

There were much more serious crimes against humanity committed by the US in Iraq and Afghanistan.

You mean the only time nuclear weapons were used was by the US, specifically targeting civilians.

No civilians were targeted.

Hiroshima was a huge military center, filled with tens of thousands of Japanese soldiers.

Nagasaki was an industrial center that contained huge weapons factories.
1 Reply
1
Reply Sat 31 Aug, 2013 01:33 am
the number of dead in the syrian civil war is not the relavant question, americas legal right to enter that war is. remember that the South was expecting both France and Britain to enter our civil war, on their side, but they stayed out. was that wrong of them, 365,000 died, they should have come in long before that and ended it....right?
1 Reply
1
Reply Sat 31 Aug, 2013 01:53 am
@hawkeye10,
so in with Iraq we got "Saddam has WND" which turned out to be a lie and with Syria we get a 4 page story of how an alleged assad directed chemical weapon hit went down....again with not a lick of evidence. WTF? America has zero credibility on such maters, Obama's say so is worth nothing, hand over the proof or else stand down.
0 Replies
1
Reply Sat 31 Aug, 2013 10:09 am
How about hitting the place where they manufacture this stuff. Isent that what the conservatives have been screaming we should do to Iran?
1 Reply
-1
Reply Sat 31 Aug, 2013 10:27 am
@oralloy,
You should just swallow, Oralboy.
0 Replies
0
Reply Sat 31 Aug, 2013 10:58 am
@0bserver,
Quote of Observer: UK on Syria: "Frankly, my dear, I don't give a damn" 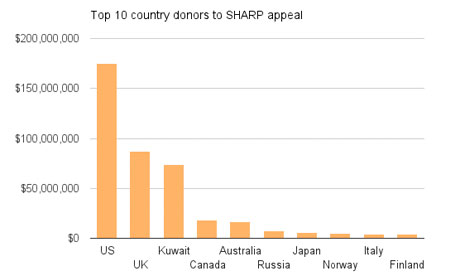 
Actually, "original" (according to Rumsfeld, when he coined that term) 'Old Europe', namely France, is the only real American ally ... nearly.

The French President says "everything must be done to reach a political solution" and has been urging the Syrian opposition to become a credible force.

What the French - and I think the Germans - favour is not just to punish Damascus for its alleged use of chemical weapons but to try to muscle it towards agreeing to attend talks in Geneva.

That is the goal for the Europeans - to get Russian President Vladimir Putin to push Syria's Bashar al-Assad towards talks, but that will only happen if Mr Assad feels vulnerable.

President Hollande seems committed to a tough response but if he was to baulk at being the only European power to join in any military action the Americans may go it alone.

President Barack Obama's officials have said that he would continue to consult but make decisions "in the best interests of the US". Another official says the president believes "there are core interests at stake for the US".

If America acts alone, it will once again re-open the question of what Europe stands for. Syria lies just a hundred miles from the border of an EU country.

The Obama administration believes that it is necessary to punish and deter Assad. The only question is whether Europe - represented by France - will be with them.

But on a more serious matter, the world shows once again how much egoistic we all are. Obama is now trying to copy the UK trick with the vote. And it will probably work for him.

Then the West officially OKs the use of chemical weapons by governments on their own people. What stops Assad then from killing with nerve agents 400 thousand kids and not just 400 kids? What people in the West don't understand that it will bite them back pretty soon.
1 Reply
1
Reply Sat 31 Aug, 2013 11:37 pm
@RABEL222,
I think that is on the list of the targets, if Obama doesn't find an excuse not to do anything.

And why should I accept his definitions? How is France any older than the UK?


Of course you mustn't.
But he coined the term.
But by his (this) definition, France was "old Europe" because it didn't join the war. But the UK did.
0 Replies