Self defense is an affirmative defense in Florida. Zimmerman acknowledges he killed Martin, but he alleges this was justifiable in defense of his own life. So, his justification for the homicide must be shown by the defense.

That may be what Wikipedia says about most jurisdictions in America, but its not what the standard Florida jury instructions say. They state adamantly that any reasonable doubt about a killer's self-defense claim gets the defendant off the hook.

To repeat: The defense does not have to prove anything. It's the prosecution that has to prove, beyond a reasonable doubt, that Zimmerman's use of force was unjustified. That's a very tough burden of proof for it to carry. It seems clear, to me at least, that the witnesses have already slipped enough banana peels under the prosecution's heels to make it collapse under this heavy burden of proof.

If all citizens of Florida
exercised their First Amendment rights as Zimmy did,
there 'd be a lot less burglary in Florida.


Which First Amendment rights are those, David? Freedom of Speech is really going to cut down burglaries? Ya think? Maybe supporting a free press?

If you're thinking of SECOND amendment "rights" as misexemplified by Florida's "Stand your ground" law, under which the shooter alone's determination of when he feels threatened supersedes anybody else's, and everybody packed heat as you insist they should, then "Zimmy" would be dead and Trayvon would be walking free rather than murdered, since "Zimmy" was the predator who stalked Trayvon and clearly made Trayvon feel imperiled. And need I remind you, Trayvon wasn't a burglar but was apparently totally erroneously profiled as such by "Zimmy". "Zimmy" is a disgrace to a civilized society.
1 Reply
-2
Reply Fri 28 Jun, 2013 11:52 pm
@MontereyJack,
OmSigDavid says:

If all citizens of Florida
exercised their First Amendment rights as Zimmy did,
there 'd be a lot less burglary in Florida.

Which First Amendment rights are those, David?

Freedom of Speech is really going to cut down burglaries? Ya think?

I do.
I dunno, but I suspect that burglars prefer to work in PRIVATE.
I argue that denying them this privacy
will tend to depress the incidence of crime.

I 'm open minded to the possibility.

If you're thinking of SECOND amendment "rights" as misexemplified by Florida's "Stand your ground" law, under which the shooter alone's determination of when he feels threatened supersedes anybody else's, and everybody packed heat as you insist they should, then "Zimmy" would be dead and Trayvon would be walking free rather than murdered, since "Zimmy" was the predator who stalked Trayvon and clearly made Trayvon feel imperiled.

U mean when Zimmy gave him his 1 gun salute??
Yeah, maybe.

And need I remind you, Trayvon wasn't a burglar but was apparently
totally erroneously profiled as such by "Zimmy".

"Zimmy" is a disgrace to a civilized society.


Zimmy did nothing rong. He is admirable.
I 'm grateful for his help.
I 'd find him a good friend.
He shud get a gold medal.

David
1 Reply
2
Reply Sat 29 Jun, 2013 12:49 am
@OmSigDAVID,
But David, all rights are not created equal, and under Florida law the right to use deadly force trumps any alleged right to question someone's presence, if that question is put in such a way as to make the person questioned fear bodily harm. And no one can determine that except the person questioned, or gainsay his interpretation. Which means Trayvon could claim fear of bodily harm from the moment this "creepy" unknown person with unknown motives, whom he'd thought he'd escaped, justifiably, since Trayvon knew he'd done nothing wrong, when this person all of a sudden shows up in front of him as he was running toward his home and accosts him, given Florida's long history of black intimidation by whites (including in Sanford), Trayvon, had he been armed, would have an extremely credible case for putting one directly thru "Zimmy's" chest first. And if you weren't rather racistly bent on exonerating anybody who shoots someone else, you'd recognize that.
0 Replies
-2
Reply Sat 29 Jun, 2013 05:36 am
http://www.freerepublic.com/focus/f-chat/3037026/posts

In her news conference announcing that George Zimmerman was being charged with second degree murder in the death of Trayvon Martin, Florida Special Prosecutor Angela Corey mentioned several times that self-defense is an "affirmative defense" under Florida law. She also said that "Stand Your Ground" is "a tough affirmative defense to overcome." It will be "tough" for the prosecution because although Zimmerman has to introduce some evidence that he acted in self-defense, that doesn't mean that he has to convince the jury that he acted in self-defense. All he has to do is to create a "reasonable doubt" as to whether he acted in self-defense. A proposed amendment to the Florida Jury Instructions makes that perfectly clear.

Six years ago in Murray v. State, 937 So.2d 277, 279 (Fla. 4th Dist. 2006), the Fourth District Court of Appeal in Florida ruled that once a defendant in a criminal case has introduced proof that he acted in self-defense the jury is entitled to consider the defense, and the jury may not convict the defendant unless it finds beyond a reasonable that he did not act in self-defense. The Fourth District Court of Appeal stated:

Last year the Fifth District Court of Appeal quoted this language from Murray and followed the same rule in the case of Montijo v. State, 61 So.3d 424 (Fla. 5th Dist, 2011). In Montijo the trial judge had instructed the jury that the defendant had the burden of proving that he acted in self-defense "beyond a reasonable doubt." Montijo's attorney did not object to the jury instruction, but the appellate court found that the trial judge had committed a "fundamental error" by giving that instruction and ordered a new trial for the defendant. The Fifth District Court of Appeal stated:

The inclusion of the phrase "beyond a reasonable doubt" in the jury instruction placed the burden upon Montijo to prove self-defense, depriving him of a fair trial and rising to the level of fundamental error. Accordingly, we reverse.

Seminole County, where Trayvon Martin was killed, is in the is in the Fifth Appellate District, so the rule in Montijo is controlling unless and until the law is changed.

Florida Standard Jury Instructions online are in accord with the courts' rulings in Murray and Montijo. Instruction 3.6(f) states

The bottom line is that Zimmerman cannot be convicted of murder or manslaughter unless the evidence shows beyond a reasonable doubt that he did not act in self-defense.

In an organized MMA event, of course, there is a referee there to stop the proceedings if/when it appears that one party can no longer defend himself and is going to be seriously hurt if the event is not stopped. Without the ref there, as in the case of Martin/Zimmerman, the guy on the bottom is likely to be severely injured or killed.
0 Replies
1
Reply Sat 29 Jun, 2013 07:23 am
After thinking about the trail, the defense is much better than the prosecution. They were able to get witnesses to either cross themselves up or admit certain occurrences could have happened. It was almost as though all these witnesses were for the defense rather than for the prosecution.

However, in the end after the razzle dazzle of "ground and pound" no one really seen Trayvon Martin hitting anyone much less ground him on the side walk. The injuries to his face were not serious enough for stitches and the nose was straight though swelled. Even all the "lumps" could have been just the way his head is shaped.

Zimmerman was not in reasonable fear for his life, he was simply getting the bad end of a butt whooping and shot Trayvon Martin. There was no reason to stalk Trayvon Martin and putting the whole tragic killing in motion. Unfortunately, unless things start going better than they are now, Zimmerman may very well walk.

I feel Trayvon Martin is getting is getting lost in this trial. He was barely 17 years old and was simply walking home from the store and got stalked and killed.

Let the memory of Trayvon be with us forever

This memorial website was created in the memory of our loved one, Trayvon Martin, 17, born on February 5, 1995 and passed away on February 26, 2012. We will remember him forever.

source
1 Reply
1
Reply Sat 29 Jun, 2013 08:13 am
As with many trials, it's never a slam dunk on who will win, but there's enough history to tell us that although trials are the best method to seek innocence or guilt, it's still not a perfect medium of justice.

The interesting one seems to be Lindzee Folgate
0 Replies
-2
Reply Sat 29 Jun, 2013 09:43 am
Stand together as one,
Voice for Jack (http://en.wikipedia.org/wiki/Jack_McGurn) 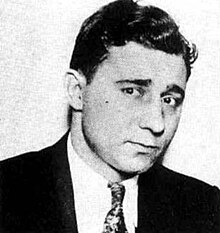 http://gretawire.foxnewsinsider.com/video/george-zimmerman-re-enactment-video-with-the-police-before-he-had-a-lawyer-and-right-after-the-shooting/
1 Reply
2
Reply Sat 29 Jun, 2013 01:05 pm
@gungasnake,
Funny thing is gunga, Zimmerman said tnothing about MMA style punches in his story at the beginning. He only claims his head was being hit on the concrete.
1 Reply
-1
Reply Sat 29 Jun, 2013 01:10 pm
@parados,
At least one other witness has noted the MMA style assault.

Zimmerman's account is consistent with my own thesis that Martin was casing houses for burglaries.

How do you know for certain that Martin was "casing houses for burglaries?"

Treyvon Martin was there to visit his father's fiancee. Here are the facts.

You are jumping to conclusions without any evidence. You were not there, and it's unlikely that any kid would be seeking a house to burglarize in his father's neighborhood. That's doesn't make any sense.