Nope, religions were ínvented to control the population. . .

Adjustment:
Religion has been manipulated to control the population. That does not mean there is no God. Nor does it mean Jesus is not the Messiah
1 Reply
1
Reply Mon 1 Sep, 2014 10:23 am
@neologist,
Quote:

Religion has been manipulated to control the population. That does not mean there is no God. Nor does it mean Jesus is not the Messiah

religion was made from the start to control people.
(btw nowadays it is science)
I am not saying there is no God. Religion have hijacked spirituality.
And nope, of course jesus is not the mesiah! jesus is a myth. 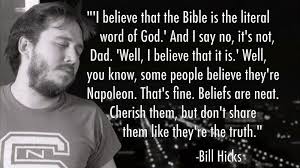 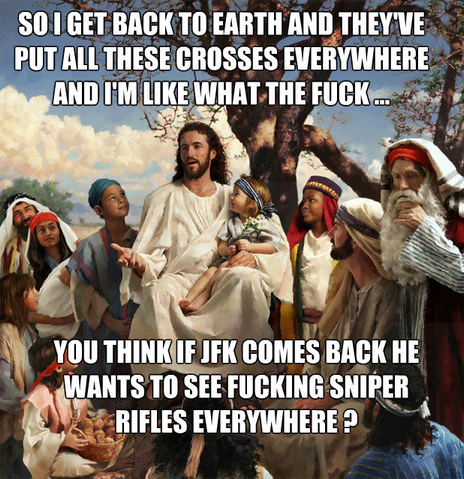 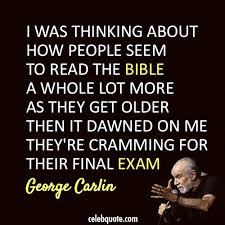 You are not Eather or Harry, that is, a person.

You are not.
0 Replies
1
Reply Mon 13 Oct, 2014 04:53 am
@RexRed,
The following is from a religious debate I had on FaceBook with an atheist. These are my honest beliefs. I've tried to articulate my thoughts in the most intelligible manner I could muster. I hope my words make sense to someone out there:

Life's so- called mysteries are unravelled piece by piece, era to era by what we've come to know as science, right? My belief is: the structure of the cosmos and life within it was established by divine order at creation, and man's never ending quest for absolute knowledge will never be achieved. Major discoveries in science, biology, physics, engineering, medicine, etc.
happen every few hundred years or so. Gunpowder, modern astronomy,navigation on the high seas, electricity, mechanized industrial equipment, the automobile, air travel, x-rays, penicillin,television,nuclear fission and fusion, space travel, the computer. How long will it take before the concepts of teleportation , telepathy and time travel are mastered by man? Another 1000 years maybe, then what's next? These so-perceived major advances are hollow achievements in that the true established order of what we know as our Universe cannot be fathomed, let alone controlled, by limited human understanding. In other words, man manages to push the envelope within the realm of his forever primitive(in the eyes of the Creator)understanding. Thus, man will continue to exist as the proverbial ant colony until time, as we know it, ceases to exist.
My sincere belief. You get the last word man, I'm done! ; )
1 Reply
0
Reply Mon 13 Oct, 2014 05:32 am
@Jaystats2,
Jaystats2 wrote:

Life's so- called mysteries are unravelled piece by piece, era to era by what we've come to know as science, right? My belief is: the structure of the cosmos and life within it was established by divine order at creation, and man's never ending quest for absolute knowledge will never be achieved.

We don't care about having absolute knowledge. Part of the scientific process is in the discovery, the exploration and the learning process by which we can better ourselves and humanity through understanding the way the natural world works. It isn't about knowing everything.

You can actually see how this constantly plays out at every discovery. Meanwhile the religious nut cases continue to push god's existence into the corners where we have not found answers but in the past those corners were revealed and no god was present.

The point is, a god's existence to me is irrelevant. If there is a god and it wants to punish me for disbelief in it's existence, then fine. But in that case it wouldn't even live up to the definition of a god in my book. Because punishing a finite being for using it's reasoning skills and coming to the conclusion that it doesn't have enough information to make a rational decision is petty. Punishing me for that is just absurd and if there is a god it would understand my line of reasoning here. Yet to carry it out would only prove my point.

I'm not worried though because I do not see anything that leads me to believe there is a god behind the universe. If I am wrong, so be it. Besides I would much rather face endless torture than appeal to a god who is willing to eternally torture a being for not believing in it's existence any way.

Sounds very ABSOLUTE to me!

Sounds very ABSOLUTE to me!

I think I will put my "faith" in the latter.

The problem is that some people are simply too small minded to even see a difference between these two methods of obtaining absolute truth.

One group of persons is more likely to take pure conjecture and proclaim it as absolute truth with zero evidence and 3rd and 4th hand witnesses while the other group of persons is humble and cautious that even though there is a mass of irrefutable evidence they are still willing to label a hypothesis as merely a "theory"...
0 Replies