It's The Islam, Stupid
GrassTopsUSA Exclusive Commentary
By Don Feder
04/29/2013

Two weeks ago today, two brothers are alleged to have set off a bomb at the finish line of the Boston Marathon that left three dead – including an eight-year-old boy – and injured 282. At least 14 lost limbs. Our president implored us not to "jump to conclusions" and thus end up stereotyping his favorite faith.

In the interim, a friend sent me a link to the FBI’s Most Wanted Terrorists website. (In case you’re curious, here it is http://www.fbi.gov/wanted/wanted_terrorists/@@wanted-group-listing.) With one exception (a convert named Adam), all had names like Ibrahim, Abdul, Omar, Jamal, Abdullah, Ramadan, Hasan, Mohammed and Muhammad. Just a coincidence, I’m sure.

As the political establishment, mainstream media, academia and our moralizer-in-chief have pointed out repeatedly in the past fortnight, there’s absolutely no connection between Tamerlan and Dzhokhar Tsarnaev (AKA, the Boys from Chechnya, via Dagestan) and the Religion of Peace.

"The Boston Bombers Were Muslim: So?" ran a headline in The Atlantic. Over at MSNBC, Chris (if I only had a brain) Matthews told us motivation was irrelevant: "Where was their inspiration? Where did they get the guidance? Why is that important? … I mean, what difference does it make why they did it, if they did it?"

In 1945, six million Jews were dead – murdered in death camps and by mobile killing squads. Why did Hitler, Himmler, Eichmann and the S.S. do it? What was their motivation? (Could it have had something to do with Nazi race-theory, set forth in the fascist bible?) Why is that important? I mean, what difference does it make why they did it, if they did it? "The Architects of the Holocaust Were Nazis: So?"

A front-page story in The New York Times, by book critic Michiko Kakutani, offered "Holden Caulfield-like adolescent alienation" as an explanation. "Catcher In The Jihad?" A week after the atrocity, Politico's John Gerstein claimed "The Boston Marathon bombing suspects’ geopolitical leanings are still a mystery?" Salon’s Andrew O’Hehir maintained, "We still have no idea what role their religion and national background may or may not have played in motivating the crime."

Now, let’s see: Who blows people up to advance their "geopolitical leanings"? Who regularly kills in the name of their deity? Franciscan friars? Hasidic rabbis? The Munchkins? (“Follow the Islamic Green Road!”).......... 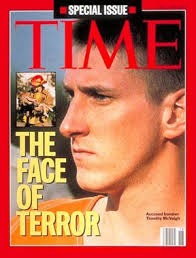 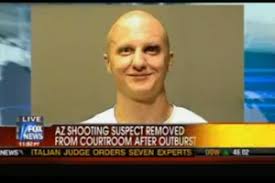 
Maxipad is in full denial and refuses to accept the facts about Islamic Jihadist extremists.

According to Maxipad these evil people do not exist and never have.
1 Reply
1
Reply Mon 29 Apr, 2013 10:02 am
@H2O MAN,
Let's talk about the facts. I count 33 people who have been killed by Islamic extremists in the US since 9/11 (if you want to dispute this, then by all means provide your list).

Evil people exist and evil champagne corks do exist. I am still not willing to give up an ounce of freedom.

Maxipad prefers to ramble on about everything else and ignore Islamic Jihadist extremists.
0 Replies
1
Reply Mon 29 Apr, 2013 12:24 pm
@maxdancona,
Maxdumbcunta:

In the same period there has been about 150 people killed by non-Muslims...

There were 500+ people killed in Chicago last year, mainly because, after decades of demoKKKrat machine rule, nobody knows how to act any more.

The point is that it is these same asshole demoKKKrats whose PC bullshit is preventing our nation from achieving any sort of a rational response to slammite terrorism.
0 Replies