Forums: English, Esl, Grammar, Indian Culture
Email this Topic • Print this Page
Reply Fri 19 Apr, 2013 03:02 am
As the others went through the little door they found themselves in an enclosed court, the high towers of the temple looming above them. Immediately to the right were galleries where they were to wash, and a locker room with guards where they must leave anything of leather, and all their shoes. Among the worshippers washing there was subdued excitement and little talk, for down the alley directly ahead of them they could see the small groups and the blood running on the stones, and sometimes they could hear the bleating of the kids which were sacrificed there. Deepaka and Amiya washed together, glad that they had bathed at Sealdah

In this paragraph, a group of villagers come to worship at a temple in Kalighat, Calcutta. I am not familiar with Indian culture and feel confused about this part.
What's the meaning of "small groups" here? Other worshippers?
Why is there blood at the washing place? What are the "stones"?
Do they really sacrifice kids for worshipping? Or the word "sacrifice" here has other meanings? Baptise?
Why do Deepaka and Amiya feel glad that they have bathed at another place before arriving here? Because of dirty water?
So many questions about this paragraph.
Really need some help.
Type: Question • Score: 8 • Views: 1,651 • Replies: 7
No top replies
1
Reply Fri 19 Apr, 2013 12:01 pm
@Justin Xu,
Justin Xu wrote:

What's the meaning of "small groups" here? Other worshippers?

Why is there blood at the washing place?

Actually, the washing place is up the alley from where the sacrifices are being performed.

What are the "stones"?

Apparently, they are the surfaces upon which the sacrifices are carried out, altars perhaps.

Do they really sacrifice kids for worshipping? Or the word "sacrifice" here has other meanings? Baptise?

It reads to be actual sacrificial killing.

Why do Deepaka and Amiya feel glad that they have bathed at another place before arriving here? Because of dirty water?

Or because of the dirtiness in general.
0 Replies
2
Reply Fri 19 Apr, 2013 12:05 pm
It might help you understand it better if you understand that kid means a juvenile goat. 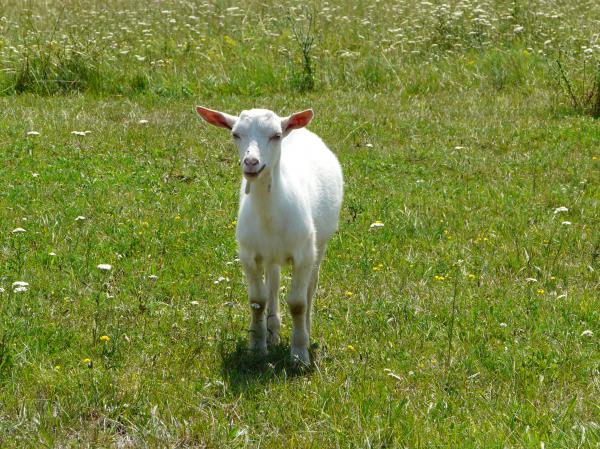 "Kid" is used in American English to mean a child, as well as a juvenile goat. They are not sacrificing human children, they are sacrificing juvenile goats.
0 Replies
1
Reply Fri 19 Apr, 2013 01:04 pm
@Justin Xu,
Quote:

Deepaka and Amiya washed together, glad that they had bathed at Sealdah

Why do Deepaka and Amiya feel glad that they have bathed at another place before arriving here? Because of dirty water?

This could show the reluctance of children reaching that age where they become more self conscious about their bodies. They washed and there was no mention of dirty water, plus it would seem odd that purification rituals for a temple/religion would make the followers use anything but clean water.
0 Replies
2
Reply Fri 19 Apr, 2013 01:30 pm
As I understand it, Hindus bathe in the Ganges to purify themselves. It;s holy, but it's a river, people and nature have put crap in it for centuries. Holy and clean are't the same thing.
0 Replies
1
Reply Fri 19 Apr, 2013 01:36 pm
What i find intersting is that that temple is dedicated to Kali (if Wikipedia is to be believed). She is the consort of Shiva, and so is a sort of goddess of death. Not somebody you'd want to invite to a party.

1 Reply
1
Reply Fri 19 Apr, 2013 05:09 pm
@Justin Xu,
Hello,
It is difficult to interpret this as the text provides little context. Indian Mythology is very complex. Here are a few things that may help. In the Hindu mythology duality is an illusion of existence in time and space. They are in reality two aspects of one “thing”. So good and evil are not seen (mythological) as absolute moral positions but rather as different views of the same thing. So all “Gods” are represented in duality. The God of sex is the God also of death. So it is not unusual to see worshiping of what would be seen, such as by those with Western traditions, as “evil”. Tomorrow they may be at another temple worshiping this “God” in its “good” guise. These are “masks” worn by the same God.

This specific text may be relating to the autumn festival of the Dura Puja: a three day festival where nearly 1000 goat may be sacrificed along with many other animals. This is to the God Kali who is the God of death and destruction and life and creation. Before 1835 human sacrifice occurred here and else ware in honor of the God.

Three examples: In the Shiva (Shiva is Kali’s husband or father) temple in Tanjore a male child was beheaded before the altar of Shiva every Friday at the holy hour of twilight. In 1830 a petty monarch in Basar offered on one occasion 25 men to Kali in Dantesh. In the 16th century a King of Cooch Behar immolated 150 to Kali.

So the answers are: the small groups are probably those partaking in the many ritual slaughters. The blood running on the stones is the blood of the sacrifices. The temples actually have conduits to move the blood back to the land and ultimately the sea.

The sacrifice is not representing baptism per se but the concepts are strongly related. Jesus on the cross is the Christian analog to this, the “lamb (sacrifice) of the World”

The bathing reference is difficult without more context but it may be they were glad that they had bathed (purified themselves) before partaking in this solemn right.

I see nothing about blood where they are washing.

Note that they may not wear leather. The cow was the first animal that the “ineffable “became after it said “This I am”. Therefor the cow is the most sacred symbol of the “ineffable” in Hindu mythology.

Not somebody you'd want to invite to a party.

Did you know, Set, that US troops mailed home to their girlfriends skulls of Japanese soldiers made into ashtrays?
0 Replies