The Gun Fight in Washington. Your opinons?

The work of many minds, the Constitution stands as a model of cooperative statesmanship and the art of compromise.


Have you ever heard anything as fatuous as this?

No matter what laws are legislated, nothing can be done to control all the guns in private hands today.
In other words, legislation will be almost meaningless.

Especially meaningless to evil criminals that are ignoring existing legislation.

That would be the men who occupy and have occupied the highest offices in the US. Not only are they proficient at breaking US law, they also excel at crimes against humanity and terrorism.

Now that we have established that hyperbole works fine in your arguments why do you question hyperbole in other's arguments?

HYPERBOLA BULLSHIT......... it is as low as it been in fifty years and right at the bottom or near the bottom of the range for the last 100 years.

There is no crisis in the murder rate as it is at the low end of what is normal for the last 100 years.

Playing games does not in anyway aid your position. 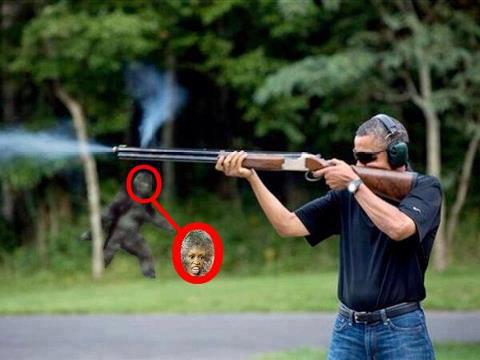 HYPERBOLA BULLSHIT......... it is as low as it been in fifty years and right at the bottom or near the bottom of the range for the last 100 years.

I am all for stopping the so call war on drug and therefore stop funding arm criminal gangs inside the US and outside the US.

That step alone would cut the murder rate worldwide down however with 300 millions guns in the US the idea of having a war on so call illegal guns would be as pointless as the drug war had been.

Yeah. Instead of hydroponics or meth labs in basements, there'd be milling tools producing Sten guns. The hardest part would be making the barrels, and that's not even very hard these days.

If it I am remembering correctly, the Sten was less than reliable.

The original AK-47 was designed so it could be made in a basic machine shop. It would surely take longer to make than a Sten, but would be a much better product.

Covert gun manufacturing would do much better if they made the equivalent of sawed-off double-barrel shotguns, as the ammo would not only be easier to make, but the guns would use much less of it.
0 Replies
1
Reply Mon 4 Feb, 2013 08:20 pm
The Gun Fight in Washington. Your opinions?

If citizens rebelled they would find themselves quickly left out to dry by other citizens that have no desire to rebel. Recent history is full of splinter groups that convinced themselves they could start a revolt in the US and overthrow the government. Those groups are in jail or still trying to plan. There is no large scale uprising to be found anywhere in the country Bill.

Trust me. People value their lives far more than they value letting 10% of the country have assault weapons.

I think rebellion will only take place if Obama starts ignoring court rulings that he doesn't like, and ruling by decree.

I don't believe Obama will do that. But who knows. The little bugger has made it clear how much he utterly hates the Constitution.

If it does come to pass, I think the rebellion will be led by state and local governments, rather than by individual citizens.
0 Replies
-1
Reply Mon 4 Feb, 2013 08:31 pm
@spendius,
spendius wrote:

If Congress passed disarming you all, with no buy-back, and the President signed it you would either capitulate, as most "law-abiding" citizens would obviously do, or be a criminal with sanctions of a severity to match the threat.

Wrong. What we would do is first have the courts strike down the ban as unconstitutional. And then we would go to the polls and vote out of office anyone who had anything to do with the ban.
0 Replies
-1
Reply Mon 4 Feb, 2013 08:32 pm
@timur,
timur wrote:

Plenty of gun advocates cling to their semi-automatics the way Amy Winehouse and Michael Jackson clung to the s-hit that was killing them.

Yet another thread on the same topic.

There will be no major legislative gon control response, leaving King Barrack to work is will through executive fiat.

Currently it doesn't look like he cares enough about the issue to push this to a Constitutional crisis.

I don't know about a Constitutional crisis, but at least one of his "executive orders" is blatantly unconstitutional and will need to be struck down by the courts.

He ordered that anyone who receives a check from the government because they are disabled is to be added to the list of people who are not allowed to buy guns if they are not capable of handling their own finances.
0 Replies
1
Reply Mon 4 Feb, 2013 08:40 pm
@djjd62,
Make it a butter knife.
0 Replies
0
Reply Mon 4 Feb, 2013 08:49 pm
@JTT,
JTT wrote:

For the most part, poverty in the US equates to middle and upper income lifestyles in the rest of the world.

With this expression of profound ignorance, it is understandable why you never want to engage in any meaningful discussion, H20guy.

Seems like just in the last week I heard on NPR or PBS or something, some sort of liberal activist claiming that America's poor had a higher standard of living than 80% of humanity.

There is no logical reason for politicians to compromise on Obama's gun control / American disarmament plan.

Joe Biden is a Fascist scumbag.

We aren't serfs like the people in other countries.

I agree with him that a shotgun is a better weapon then a so call assault weapon for home defend or for killing a lot of school children for that matter.

In neither case would I go with a double barrel shotgun but a pump one.

Rifles will punch through Kevlar if the attackers are wearing armor.
0 Replies