Are you aware that Obama, Biden & Feinstein are the gutless politicians that plan to turn our country into Bosnia?
0 Replies
-2
Reply Thu 10 Jan, 2013 12:04 pm

I know of no instance were an actual assault weapon has been used in any such
attack like Columbine, the Dark Knight movie and the recent school attack.
Yet, gutless politicians and there supporters are focused on the type of weapon
used instead of the type of individuals that used the weapon during the attacks.


If you had proof of that claim you would have included it... let's get back on topic.

Do you agree that the Obama administration must disarm known criminals and they need to do it right away?


A. THE NRA has often recited that, if politicians DONT vote the way the NRA wishes, the NRA will work diligently to make sure these politicos are NOT reelected. Since the NRA is the spokes group of the gun manufacturers, only one slow in the head would miss the connectivity.

B.As part of a multi facet attack on the gun death problem , I have already stated that the identification and handling of the potential killers must be accomplished. However, you seem to want to stop there and are unwilling to consider the gun design and its availability, the safety of buildings and the streets, and the bearing of guns by responsible protectors.

just handling one end of the stick wont solve anything

you ... are unwilling to consider the gun design and its availability, the safety of buildings and the streets, and the bearing of guns by responsible protectors.

I would like to see a plan that targets criminals, helps the mentally troubled and
does nothing to infringe on any of the constitutional rights granted all Americans.
0 Replies
4
Reply Fri 11 Jan, 2013 03:54 pm
@H2O MAN,
then lets have a real dialogue rather tha just doing a "Guess what Im thinking" post.

What acts by both govt , municiplities, nd the public (lets not forget the gun companies also) do you see as both available and possible to help curb the gun violence
1 Reply
-1
Reply Fri 11 Jan, 2013 04:23 pm
@farmerman,
OK Farmerman.

Our government has built-in checks and balances that are being ignored at an alarming rate.
America's federal government is acting irresponsibly and it needs a time out.

We Americans need to put their collective feet to the fire forcing our elected people to do the basic jobs they were hired to perform and stay the hell out of the emotionally charged issues, leave them alone. At the same time, state governments need to set their individual houses in order. Only after we are all settled down and have our collective houses in order and the playing field has been leveled should anyone other than individual states even consider messing with the emotionally charged, made for TV issues. Realize that the gun loving Hollywood entertainment, infotainment industry will need to suck it up because their revenues will take a big hit.

Hey Obama,
Government is supposed to be a rather boring office job with perks regular Americans are banned from having, not some cheap, goddamned soap opera made for Hollywood drama. You politicians are hired to do your job and Americans demand that you go to work, you do the job you have been hired to do, earn your fee & benefits, and go home. Americans demand that you live among the very people who's very lives are affected by your daily job performance, or lack there of. If you can't meet your job description without being distracted by the big show, then your ass will be replaced with an American that can.

Thomas Nee, key member of Joe Biden's "gun violence commission," has a son who was convicted of
plotting a Columbine-style mass murder at a school -- possibly with a service weapon obtained from his father. 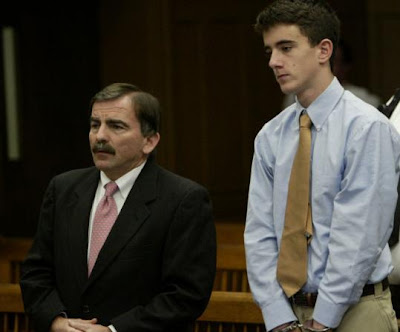 
From COMMONWEALTH vs. JOSEPH NEE.
"In this case, the Commonwealth presented sufficient evidence to prove beyond a reasonable doubt that the defendant entered an agreement with Kerns with the intention to commit mass murder. See Commonwealth v. Frazier, supra. Multiple witnesses testified that the defendant either initiated or assisted in the development of an elaborate plan to "shoot up" the school. There was substantial evidence that the defendant prepared to carry out the attack by learning about and experimenting with explosive devices, and attempting to acquire firearms. Moreover, the defendant attempted to recruit Courchene and others to participate in the attack and threatened to cut out the tongue of anyone who spoke about the plan to the police. From this and other evidence, the judge could properly find that the defendant in fact reached an agreement with his friends to kill people at the school. See Commonwealth v. Benson, supra."

We Americans need to put their collective feet to the fire forcing our elected people to do the basic jobs they were hired to perform and stay the hell out of the emotionally charged issues, leave them alone.

You are wrong and you are quite emoitional

How Do We Survive This

By Neal Boortz
I firmly believe that it is, and always has been, Barack Obama’s intention to destroy this country as we know it and build it into a Marxist utopia he only dreamt about as a child. If Obama accomplishes the “fundamental transformation” he promised us, the freedom that you love, and millions have served to protect, will be nothing more than a concept read about in history books. Even then, the government schools will somehow manage to screw it up!
But the Senate Budget Committee released an analysis which shows that federal means-tested welfare spending will increase 80% over the next decade. That will swallow roughly one quarter of our cumulative federal spending at a cost of $11 trillion. Now, consider the fact that the federal government currently takes in about $3 trillion in revenue. While we are comparing current revenues to future expenditures, we are talking about over three times as much spending going just towards welfare as we take in in revenues. After all, there is only so much wealth that can be created within the next ten years. What does this mean? More national debt! A lot more.
I saw this quote in an IBD Editorial and found it to be appropriate right about now:
To preserve our liberty, Jefferson wrote, "we must not let our rulers load us with perpetual debt. We must make our election between economy and liberty, or profusion and servitude."
We are most assuredly at the latter … the re-election of Barack Obama solidified that one. Big time.
0 Replies
0
Reply Thu 17 Jan, 2013 02:47 am
@farmerman,
farmerman wrote:

SInce the NRA and all the toady Congressmen will probably not support it, Id go for a multigenerational attack t the 2nd Amndment itself

It is pretty despicable that you want to violate people's rights for no reason, but it's useful as well. Your focus on harmless pistol grips will help to derail any move to regulate magazine sizes.

and I am aware that you dont have the IQ of a clevis pin so Ill depart before you start up on your blather again.

The "GUTLESS" politicians are those who live in the pockets of the gun manufacturers.

No politician lives in the pockets of gun manufacturers.

They live in fear of being voted out of office by gun owners.
0 Replies