Forums: Movies, Racism, Politics, U S Politics, Us Politics
Email this Topic • Print this Page
1
Reply Sat 25 Aug, 2012 11:31 am
@parados,
I am sorry to say that, IMO, your remark is totally out of line. It is so easy for some people, like children, when they don't like what they are hearing, to retort with something that is way "out there".

This is an adult forum, is it not?

Not 100%... You might want to try putting paradork and monkeyjerk and a couple of others on ignore like I do.
0 Replies
1
Reply Sat 25 Aug, 2012 11:40 am
@Phoenix32890,
Really Pheonix? So you recognize it when it is used against you but not when it is used against Obama? The blurb on Amazon is ridiculous. It takes the name of Obama's book and then associates negative things about his father as if that was the thing Obama was pushing.

Barack Obama is the most antibusiness president in a generation, perhaps in American history. Thanks to him the era of big government is back. Obama runs up taxpayer debt not in the billions but in the trillions

The most antibusiness president in a generation? Can we even establish that he is antibusiness? While it might be great rhetoric, shouldn't we be looking at facts? What facts are presented to support this? I see none in the article.

Colllective reaction of the audience:

There is no way that a rational person could watch this thing and cast a second vote for Bork Obunga.
2 Replies
-1
Reply Sun 26 Aug, 2012 08:47 am
@gungasnake,
Saw the film yesterday.Since I had read the book upon which it as based, there were not many surprises for me.

One thing though. There was a part near the end of the film, that had the hair on the back of my neck standing up. There was a choir made up of school kids, with Obama in attendance, singing the praises of "change". My blood ran cold. I had a sense that this was similar to scenes that I had seen in years past of Chinese communists singing the praises of Chairman Mao.

There is no way that a rational person could watch this thing and cast a second vote for Bork Obunga.

I wouldnt hold you up as a "Rational person" gunga. Your the quickest buy into all extreme conspiracies and bogus science that any refererall from you HAS TO BE taken with suspicion and disbelief.

Maybe people who went to see the show already had their minds made up and were just searching for some entertaining underpinning.

One thing though. There was a part near the end of the film, that had the hair on the back of my neck standing up. There was a choir made up of school kids, with Obama in attendance, singing the praises of "change".

I wonder why people don't get frightened the same way by this?

Romney is going to make kids wear t-shirts spelling out his name.


People use their kids for political purposes. It occurs on both sides. There is really nothing that scary about it other than what some parents allow/force their kids to do.
1 Reply
1
Reply Sun 26 Aug, 2012 07:44 pm
@gungasnake,
So far, just about all of the people whose reviews of the film that I have read are mostly negative. Granted, there may be some hype involved, but D'Sousa wanted to make a point, and he did it masterfully. This review as thoughtful and intelligent:

The ending of the review is spot on:

Obama chose to associate with, study under, emulate, and work alongside the worst this nation has to offer. D'Souza's film is but a visual version of what readers of this site have known for years: Barack Obama may be a natural-born American citizen, and he may be the American president. He may be from America, but he is not of America. Neither is his dream

This is the problem. Dinesh D'Souza is a heavyweight, basically in the same sort of league as Ayn Rand or Mencken or the like

I don't have any problem equating Dinesh D'Souza and Ayn Rand, as both are intellectual pipsqueaks on the same general level of pipsqueakery, but to suggest that D'Souza is in the same league as H.L. Mencken is like suggesting Tom Arnold is in the same league as Cary Grant. You clearly have never read anything by Mencken, or, if you have, you clearly didn't understand it.
1 Reply
5
Reply Sun 26 Aug, 2012 08:58 pm
@Phoenix32890,
Phoenix32890 wrote: 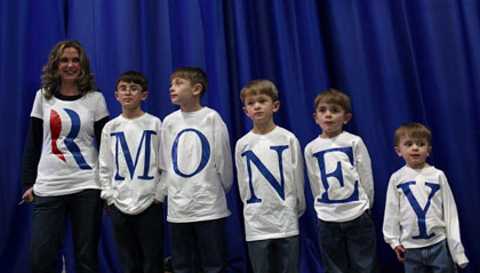