SAY NO TO MILK

another missed opportunity
1 Reply
1
Reply Tue 24 Jul, 2012 02:32 pm
@ehBeth,
The milk I buy at the store does not have hormones. It is not the organic product either. I did research because I was going out to a farm 45 minutes away and getting several gallons every two weeks. I am sure it was better for us...but dang....when you work (back then I did anyway) full time and have to do that too - it's just too much.

I know the pasteurization and homogenization messes with how good it is for you - but as long as I am not the bitch from hell because of the hormones from the milk that I am not worried about it.

That's a specifically U.S. issue that's been previously addressed in a post here - as well as in the comments at the site the original article came from.


Alright fair enough. But even without hormones the cow's milk was intended for baby cows. I am not sure about you, but I don't think I am a baby cow. I think we are not intended to drink cow's milk. I honestly think milk and milk products are one of several reasons why obesity is becoming more and more common. It isn't the only reason, but it is one of them.
1 Reply
1
Reply Tue 24 Jul, 2012 03:05 pm
@Krumple,
An apple is designed to provide nutrients to the apple seed, but that doesn't keep me from eating the apple.

Or the egg yolk.

The coffee bean is designed to propagate the coffee plant, but I still roast it and grind it, steep it in water, and drink the resulting infusion.

An apple is designed to provide nutrients to the apple seed, but that doesn't keep me from eating the apple.

Or the egg yolk.

The coffee bean is designed to propagate the coffee plant, but I still roast it and grind it, steep it in water, and drink the resulting infusion.

I don't think that argument has legs.


Sure it does. You just want to justify it by lumping them all into the same thing.

In just the same way, the cows milk is designed for fattening up baby cows and human milk is designed for fattening up baby humans. There is a huge difference between human milk and cows milk.
2 Replies
1
Reply Tue 24 Jul, 2012 03:15 pm
@Krumple,
If you want to argue that cow milk is not good for humans then please do so, but simply stating that cow milk is intended for baby cows does not imply that it is bad for humans.

Your argument is invalid. You may still be right that cow milk is bad for humans, but that particular argument does nothing to prove your point.


People will do what ever they want to justify their diet. I honestly don't care if people agree with me about cows milk. I can tell some are reacting more offensively because they love cows milk more than understanding the argument being made.

A huge portion of the population have alergeis associated with dairy products. You don't think this has anything to do with it? Not only that but some of these effects are not actually attributed to milk drinking. When some cows are over milked or milked too often they can develop infections which go into the milk itself.

The blood and puss in the milk directly effect the human immune system causing phlegm allergies. The reason why is because the body considering this infection to now be a human infection so the immune system goes into action which results in an increase in phlegm.
1 Reply
2
Reply Tue 24 Jul, 2012 03:38 pm
@Krumple,
I'm not trying to justify anything; I just pointed out the weakness of your original argument. 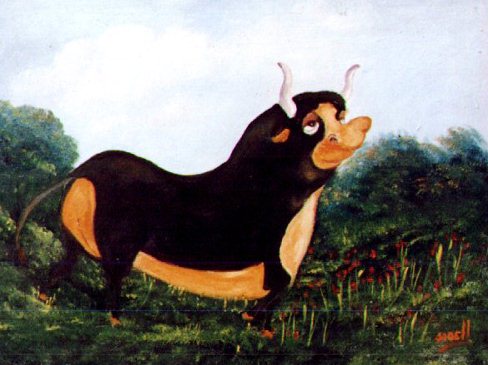 ...I seen them doing lots of other stuff, but that dosen't seem to be related.