Minor = person below 18 years of age.

I hate gender-discrimination against boy-children.

If a younger-sister pesters her older-minor-brother, she deserves to be punished. If a boy-child hits his little sister, more than likely, she deserved it.

Once I saw an episode of Law & Order SVU that REALLY infuriated me. A 5-year-old girl was destroying the gadgets used by her helpless 12-year-old brother. This 12-year-old boy was going crazy from emotional trauma. He himself was being molested by an evil adult man. In a fit of rage, this boy goes on a chat room and threatens to kill his younger sister and "steal her innocence". Authorities trace it back to his residence and abuse him.

Elliot Stabler, being the sadist he is, treats the defenseless little boy in the same way he treats adult men who molest little girls. Elliot goes very close to the boy, and starts telling him obscene things that no child should have to hear. The boy's father is understandably very angry at Elliot. The evil authorities threaten to put the child in a "boys' home" unless his father deems him to be mentally-ill.

Younger-minor-sisters are nasty little monsters to their older-brothers. This boy in this Law & Order episode didn't choose to have a younger sister. It's not his fault that she is an evil bitch. Nor is it his fault that society makes evil gender rules forcing boys to defer to girls. In all fairness, I don't blame that little boy if he perpetrates unspeakable acts of mistreatment against his younger sister -- instead, I blame society for abusing boys and spoiling girls into rotten monsters.

As adults, I agree with society, that women should be given more space and treated more gently than men. However, as children, girls are no more weaker, innocent, special, precious, delicate, or sensitive than boys. As children, girls should not be made to feel entitled to any benefits boys don't receive.

As a child, a boy should be raised to be courteous to ADULT women so that he will grow up to be a gentleman to these women.

However, under NO condition, should a boy be expected to treat a little girl differently from another little boy.

I don't want to have children [biological or adopted] for the following reasons:

1. I don't want my potential son suffering the horrors perpetrated against him via the "anti-boy sexism" I discussed. If I had a son, I would be overly-protective of him to the point where it would backfire.

2. I don't want my potential daughter cruelly-exploiting the gender-selective benefits society spoils her with.

So, it's best for my own peace of mind, to be free of any offspring.

I spoke more about this anti-boy sexism in this thread: http://able2know.org/topic/188553-1

Charlotte
Type: Discussion • Score: 3 • Views: 3,652 • Replies: 10
6
Reply Wed 20 Jun, 2012 05:55 pm
I am gratified to think that you will not reproduce.
1 Reply
6
Reply Wed 20 Jun, 2012 06:03 pm
@Charlotte31,
What you should be VERY upset about is how some people like you think that children should use violence on each other instead of learning to resolve their differences without resulting to who can hit the hardest. This was a recurring point in the previous thread as well.

If an older boy mistreats his younger brother, no one cares and society brushes it off as "boys will be boys".

Why isn't this what makes you upset? Why are you saying that it not only ok to hit younger brothers but younger sisters as well? Why aren't you advocating for MORE boy protection instead of less girl protection?

If a boy-child hits his little sister, more than likely, she deserved it.

You really think a boy-child should be meting out punishment with his fists? Really? You say you support boy rights but all you really support is equal abuse for everyone.

So, it's best for my own peace of mind, to be free of any offspring.

That would be best for my peace of mind as well. 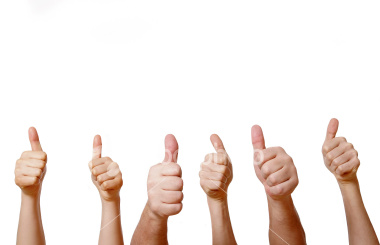 Why are you saying that it not only ok to hit younger brothers but younger sisters as well? Why aren't you advocating for MORE boy protection instead of less girl protection?

Because I support reverse gender discrimination of children. Society supports an injustice in one direction -- in revenge I support the extreme opposite of that injustice.

But seriously, my point is that I was very upset at the way Elliot Stabler treated that little boy. Sadly, most men are like Elliot. In addition, it's not "just a show". That anti-boy sexism does happen in real-life and in manners much more heinous than what was depicted in the shoe.

Men like Elliot deserve a taste of their own medicine. These men need to be falsely-accused of raping little girls, registered as sex-offenders [to put their lives in danger], and then put in prison -- where all the other inmates should be told what these men are in for. Hopefully, these evil macho men [including Elliot] will be sodomized by other inmates and each and every instance of the prison-rape should be recorded and broadcasted throughout the world. Most importantly, the world should wrongly-think these men are molesters-of-little-girls. After receiving horrific treatment from society [after being wrongly-accused of pedophilia], these men will then realize what it is like to be the 12-year-old boy [in that Law & Order episode] who rightfully-hates his evil younger sister.
1 Reply
7
Reply Thu 21 Jun, 2012 04:01 am
@Charlotte31,
It's a ******* television program, you loon.
1 Reply
-1
Reply Thu 21 Jun, 2012 09:42 am
@Setanta,
Quote:

Television program or not, it represents the horrific reality of anti-boy sexism.
1 Reply
7
Reply Thu 21 Jun, 2012 09:56 am
@Charlotte31,
so you don't like men or little girls

1. Modern USA is the best time & place for little boys because it has the least intensity of the "anti-boy sexism" that I speak of.

2. If you were to study human history [in any culture], you'll find that this anti-boy sexism was far worse in the olden days that it is today.

3. In any time period of human history, cultures that are non-western [such as Russia], impoverished [such as Mexico and India], or fundamentalist [such as the Nazis, Taliban, and KKK] contain anti-boy sexism of far higher intensity than cultures that don't fit any of the 3 categories.
0 Replies
3
Reply Fri 22 Jun, 2012 04:29 am
You are just as full of **** as a freshly slaughtered goose.
0 Replies