whats the diffrence between a GEEK and a NERD??

Forums: Behavior, Geek, Geekness, Nerdity, Nerd
Email this Topic • Print this Page
2
Reply Mon 26 Mar, 2012 03:42 pm
@GracieGirl,
well, we have a small computer service company down in Rising SUn and I saw the sign they have on their front window that stated that 'fully qualified computer geeks"

Then theres a place near Lampeter that has a "nerd on duty" no waiting.

I am so confused . do I want a geek or a anerd to fix my computer. ANY WAY, I foxed it myself by popping the stuck key and cleaning the crap out from underneath.

Your silly.
If you ever need help with your computer again, I'd recommend the geek.

well, we have a small computer service company down in Rising SUn and I saw the sign they have on their front window that stated that 'fully qualified computer geeks"

Then theres a place near Lampeter that has a "nerd on duty" no waiting.

I am so confused . do I want a geek or a anerd to fix my computer. ANY WAY, I foxed it myself by popping the stuck key and cleaning the crap out from underneath.


How does one go about becoming a qualified Geek... Is there some official college of geekology??? To be certified; does one also have to be licenced and regulated, meeting the standards of continuing education and such within the province of geekdom???
0 Replies
-2
Reply Tue 27 Mar, 2012 09:53 am
@farmerman,
So, you try to be a bigger asshole as you age?
1 Reply
1
Reply Tue 27 Mar, 2012 09:59 am
Best Buy's electronics are all installed by their Geek Squad (TM), which may be some indication. They drive white vans with a rather spiffy orange and black logo on them. I know because one of them was roadhogging in front of me today. The corollary is geeks aren't great drivers. Nerds probably aren't either because they are solving differential equations in their heads as they drive.
0 Replies
1
Reply Tue 27 Mar, 2012 10:03 am
I'd suggest watching "Big Bang Theory" on Thursday nights for a crash course in geekery and nerditud (at least it's on Thurday nights once all the damned basketball gets done).
2 Replies
5
Reply Tue 27 Mar, 2012 10:28 am
@Setanta,
this thread is about geeknitude and nerdidity, Assholes are being discussed over at the Religion threads
1 Reply
3
Reply Tue 27 Mar, 2012 02:46 pm
There was another thread going, which I believe farmerman dropped in on, started by a self-described somewhat nerdy high school junior, who met a girl at a multi-family party. She, like him, is an engineer-to-be. He was having difficulties with whether or not he should invite her to his prom, since she lived 20 miles away and went to anther school, and had no idea how you went about it. We a2kers, being hopeless romantics at heart, told him he had better get off his duff and do it, and get the limo and the corsage. He did, she was VERY happy, and promised him he would be met "with freshly-baked tiramisu and perhaps nerd sex," which struck me as an excellent acceptance. Now back in the day "nerd sex" meant "saying hello to a member of the opposite sex who is under 50 and not a relative", but I googled it to see if that still fit the description, and apparently nerds get lucky a lot more today than they used to. There are blogs devoted to nerd sex. Good on ya, nerds. Don't know if geeks are any more successful today or not.
0 Replies
Below viewing threshold (view)
-5
Reply Tue 27 Mar, 2012 02:58 pm
@farmerman,
Then that's where you belong. You must think that you own the ******* thread, you puerile shithook. What kind of response to you expect when you call people names for no reason? You're a ******* idiot, and you prove it more and more every day.
2 Replies
7
Reply Tue 27 Mar, 2012 03:56 pm
@Setanta,
I have no idea where your coming from set. You are going totally ballistic now. I read your first post as HUMOUR . You apparently looked at it as just another challenge. Sorry I woke the werewolf.
Now, back in your cage,PLEASE. Id look into decaf

0 Replies
-1
Reply Tue 27 Mar, 2012 04:18 pm
@farmerman,
Infrablue made a clever post, so i said it was the best answer. You decide to jump in to call names, for no apparent reason. I'd say you're the one who needs the decaf.
1 Reply
3
Reply Tue 27 Mar, 2012 05:02 pm
@Setanta,
you got it all wrong . Im sorry that you feel that way but there was no insult intended set. My comment to you was eneterd in a spirit of "Its my thread and I have the only vote that counts"

The problem with this medium is that when we want,we often hear totally different phrases than what the writer intended. 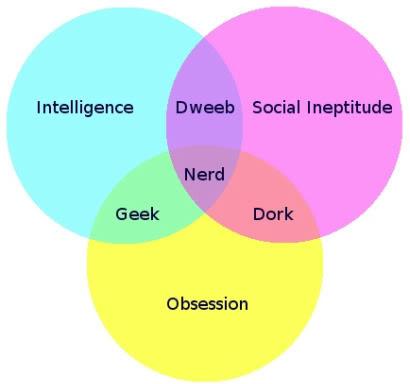 
What most dorks, nerds, and geeks have in common along with your average dicks, is squidness... Most squids grow up... The rest become republicans...
0 Replies
1
Reply Wed 28 Mar, 2012 05:55 am
@MontereyJack,
I have watched a few episodes and I'm really mad that they have been recording us on the sly and then going ahead and making a hit TV show out of it. Where are our residuals?! (Not to mention invasion of privacy.)

E.G. has quite a bit of Sheldon about him. He can shake it off and be a normal human being now and then, but there's an essential Sheldon-ness.
0 Replies