Politico: Obama SOTU Speech 'Registers at 8th Grade Reading Level'
1 Reply
2
Reply Thu 26 Jan, 2012 06:46 am
@H2O MAN,
that would be three grade levels higher than your comprehension. SO I guess you need someone to translate for you?


Aid agency Medecins Sans Frontieres (MSF) has halted its work in detention centres in a Libyan city because it said its medical staff were being asked to patch up detainees mid-way through torture sessions so they could go back for more abuse.
Rights groups have repeatedly raised concerns about torture being used against people, many of them sub-Saharan Africans, suspected of having fought for Muammar Gaddafi's forces during Libya's nine-month civil war.
The agency said it was in Misrata, about 200 km (130 miles) east of the Libyan capital and scene of some of the fiercest battles in the conflict, to treat war-wounded detainees but was instead having to treat fresh wounds from torture.
"Patients were brought to us in the middle of interrogation for medical care, in order to make them fit for more interrogation," MSF General Director Christopher Stokes said in a statement.
"This is unacceptable. Our role is to provide medical care to war casualties and sick detainees, not to repeatedly treat the same patients between torture sessions."
The agency said it has raised the issue with the authorities in Misrata and with the national army. "No action was taken," said Stokes. "We have therefore come to the decision to suspend our medical activities in the detention centres."
Reports of the mistreatment and disappearances of suspected Gaddafi loyalists have embarrassed Libya's ruling National Transitional Council (NTC), which has vowed to make a break with practices under Gaddafi and respect human rights.

This is what Obama wanted for the Libyan people... god bless him, god help them.
0 Replies
2
Reply Thu 26 Jan, 2012 06:06 pm
91% of people approved of Obama's speech, however the repulsive republicans sat like they have done for 3 years with their commitment to make sure Obama is a one term president, that body language was obvious. 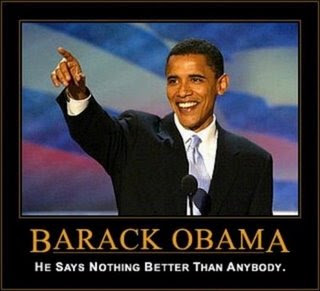 WASHINGTON, Jan. 29 (UPI) -- Republicans and Democrats agree on extending the U.S. payroll tax holiday but disagree on how to pay for it, Senate Minority Leader Mitch McConnell said Sunday.

McConnell said on CNN's "State of the Union" his "good friends on the Democratic side don't want to pay for anything."

When reminded that Democrats would pay for the extension by taxing the rich, McConnell said, "That's what made it problematic."

But McConnell said a deal would be struck by the end of February, when the temporary extension expires, but declined to discuss specifics because "it hasn't been negotiated" by a Senate-House conference committee.

Turning to the State of the Union address, Boehner said President Obama spoke of "an awful lot of good ideas" Tuesday, but noted that the House passed 30 bills he said would jump-start the U.S. economy and "27 of them are sitting over in the United States Senate" controlled by the Democrats.

Boehner avoided directly responding to criticism from Rep. Lynn Westmoreland, R-Ga., who said the House should stop passing bills it knows have not chance of getting through the Senate.

"Well, we have a bicameral system," Boehner said. "You know, we have the House of Representatives, 435 members from all 50 states. You've got the United States Senate. We can't control what the Senate does or doesn't do."

When pressed about whether House leaders coordinate with the Senate before passing bills to ensure they can be brought to a vote in the upper chamber, Boehner said, "How do you know you're going to -- you have 60 votes or you don't have 60 votes in the Senate unless the House does its job and moves this bill over there?"

Rep. Paul Ryan, R-Wis., chairman of the House Budget Committee, told "Fox News Sunday" Obama's argument of Democrats looking out for the middle class in his State of the Union address didn't jive with his policies.

"The irony of this is the president's policies do the exact opposite," Ryan said. "We basically got this: The president can't run on his record. It's a miserable record. He's not going to change his tune and moderate. ... So, he has no choice but to divide."

Ryan predicted Obama would run "a very divisive campaign for political gain" and will hand the country a "future of debt, doubt and decline."

Ryan said the country wasn't getting the kind of leadership it needs, "so, what we need is a new president and a new Senate, and we need to give the country a very specific plan, a set of ideas of how we're going to solve these problems and let the country choose in November what they want America to become. And we're going to do that."

Obama "isn't leading … [and] isn't being truthful" with the public about "what kind of fiscal train wreck is coming we are going to be."

In Congress, he said, bipartisanship was starting to emerge on issues such as tax reform and Medicare reform, so "what we clearly need is a new White House and a new Senate and then we can realize this emerging bipartisan consensus on how to fix these problems."

He said he and his committee would write a budget proposal in March after receiving information from the Congressional Budget Office.

The budget proposal will be brought to the House floor because "[we] think we owe the country actual solutions based upon our founding principles to get this country on the right track."
1 Reply
0
Reply Mon 30 Jan, 2012 05:59 am
@H2O MAN,
If you cannot tax the rich to pay for the problems the rich have stuck the government with, and when only they have the money, then you do not have a government; but the rich do have a fellow conspirator in the form of the government... It is too bad some way could not be found to tax the poor of their misery so some could be shared with the rich..
0 Replies