Tomorrow, the 31st, is Letty's Birthday

I hope you like the taste of pumpkin, Letty. 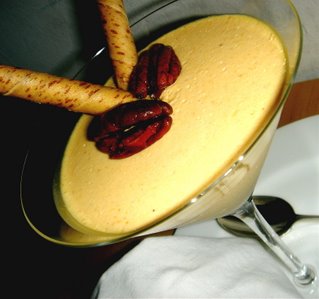 In a small bowl, sprinkle the gelatin over ¼ cup water. Let stand until softened, about 5 minutes. In a saucepan heat the half and half, sugar, cinnamon, nutmeg and pinch of salt until the sugar has dissolved and the mixture is hot but not boiling, about 3-5 minutes. Remove from heat, stir in gelatin mixture, buttermilk, pumpkin purée, vanilla and bourbon. Strain mixture into a clean bowl or, ideally, a pourable Pyrex measuring cup. Pour mixture into martini glasses or ramekins and chill until set, 3 hours. I garnished mine with some candied pecans and store-bought hazelnut pirouette cookies, which is totally unnecessary, but complements the pumpkin flavor nicely. Also, if you don’t care about presentation, it is much easier to chill the panna cotta in ramekins: the martini glasses take up a lot of room in the refrigerator and are quite unstable.

Had to get you dancing cake...

and some happy feet...

Hope you have a great day on your Birthday

some special music ( geburts tags staendchen ) played especially for you !

time to put on our fancy clothes and dance 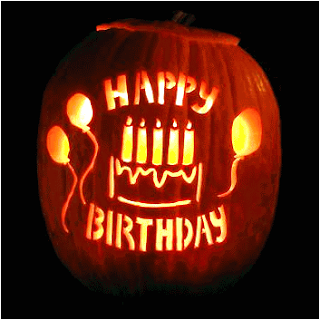 0 Replies
2
Reply Mon 31 Oct, 2011 12:30 am
@ossobuco,
Happy birthday to the Florida possum from her Oz possum friend.
(Letty knows what this is about, even it makes no sense to anyone else reading this. 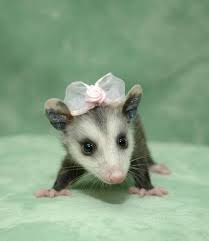 Whenever I think about a birthday gift for you, Letty, I always end up choosing flowers, usually roses.
Roses are just right for you.
Roses for a rose. 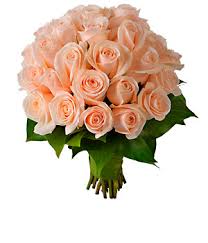 Here's wishing you a wonderful day today, Letty. And my love & best wishes to you for the year ahead.
I hope it's one of the good ones!

Wishing you a wonderful day and a year filled with high notes.