Left wing or right wing? It's written in the brain

That subject is just a smoke screen - everyone knows he was born here. Those that say otherwise were caught up in a well planned distraction.

So you're saying conservatives were easily manipulated by fear-driven propaganda?
1 Reply
0
Reply Wed 29 Dec, 2010 07:52 pm
@hingehead,
I'm saying that a well executed plan can distract and confuse masses of people for a short time.
The illusion that Obama is not allowing proof of his birth to be revealed is the smoke screen. 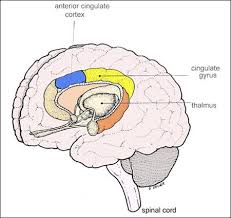 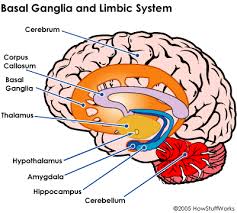 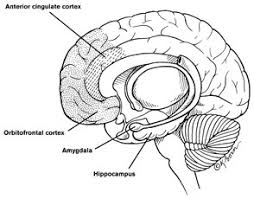 The location of 'anterior cingulate cortex' suggests that the decision is based on analytical thinking while the 'amygdala' suggests emotional thinking usually fear of losing their ill gotten gain. 1 Reply
3
Reply Wed 29 Dec, 2010 09:02 pm
@H2O MAN,
I will have to admit, you are the biggest freaking moron I have ever ran into on any msg board, which means you are a true christian and republican. BTW you give both a bad name.
1 Reply
3
Reply Wed 29 Dec, 2010 10:19 pm
Don't quite know why this is newsworthy. 50 years ago, F.A. Hayek, the darling of conserva-libertarianism pointed this out in his essay called "Why I Am Not a Conservative."

This brings me to the first point on which the conservative and the liberal dispositions differ radically. As has often been acknowledged by conservative writers, one of the fundamental traits of the conservative attitude is a fear of change, a timid distrust of the new as such,[5] while the liberal position is based on courage and confidence, on a preparedness to let change run its course even if we cannot predict where it will lead. There would not be much to object to if the conservatives merely disliked too rapid change in institutions and public policy; here the case for caution and slow process is indeed strong. But the conservatives are inclined to use the powers of government to prevent change or to limit its rate to whatever appeals to the more timid mind.

*[5] Cf. Lord Hugh Cecil, Conservatism ("Home University Library" [London, 1912], p. 9: "Natural Conservatism . . . is a disposition averse from change; and it springs partly from a distrust of the unknown."

....[social rules] have evolved because the groups who practised them were more successful and displaced others. ...The problem of conducting himself successfully in a world only partially known to man was thus solved by adhering to rules which had served him well but which he did not and could not know to he true in the Cartesian sense.

Really you should clarify to your readers - obviously less familiar with Hayek's economics than you are - that he's using "liberal" in the sense of Jefferson and Locke, not in the sense we use the word today. His passage on what we now call social Darwinism (above) shows that beyond doubt.
0 Replies
0
Reply Thu 30 Dec, 2010 05:24 am
@Endymion,
The same institute in a previous study has also shown why MRIs of persons self-identifying as liberals (in today's sense of the word) are more likely to self-diagnose with mental illness, making them much more likely to seek treatment - but the MRI can't explain cause and effect in either case:

"At this stage, we don't know why their grey or white matter differs in this small area. Does this area develop as we get better at reflecting on our thoughts, or are people better at introspection if their prefrontal cortex is more developed in the first place?"....."Take the example of two patients with mental illness, one who is aware of their illness, and one who is not," says Fleming. "The first person is likely to take their medication, the second less likely. If we understand self-awareness at the neurological level, then perhaps we can adapt treatments and develop training strategies for these patients."

0 Replies
2
Reply Sat 1 Jan, 2011 08:55 am
I've been pondering this whole thing for a couple of days. It seems important. The fact that Left and Right have slightly different brain structures. I can't say I know anything much about these findings, scientifically. Only why they seem important to me.

Here's some of what I wrote today, after much head scratching :

What I said in my first post about propaganda (and hingehead was right - I should have said STATE Propaganda), is I think, the beginning of me trying to understand how the 'Right' feel rather than think. (Is this possible?) Know your enemy? – Well I've often found that the more you know your 'enemy' the less of an enemy they become.

When I wrote that first post I was thinking about the propaganda the Nazis used during WWII, to gain the control and cooperation of the German citizenry. I thought about that because of the reference to 'feelings' with regard the brain structure of Right-wingers.

The art of propaganda consists precisely in being able to awaken the imagination of the public through an appeal to their feelings, in finding the appropriate psychological form that will arrest the attention and appeal to the hearts of the national masses. The broad masses of the people are not made up of diplomats or professors of public jurisprudence nor simply of persons who are able to form reasoned judgment in given cases, but a vacillating crowd of human children who are constantly wavering between one idea and another.

Could it be that the (more moderate) Right wing, underneath all their aggression and seeming contempt for anyone who shows compassion for the weak, are actually sentimental? Romantics, easily led to violence because (why?) because they believe in the power of glory? Because they feel a righteous need to defend themselves with force – even against a weaker enemy?

While the right-wing Germans, feeling threatened and aggrieved, (after all, according to some newspapers, Jews were kidnapping German babies and feasting on them during night time rituals), joined the Nazis, not because they were eager to wipe out millions of innocent lives, but because they were deceived by Hitler's performance. Seduced by him. When he told them Jews were 'bad' they believed him because they were convinced (by nothing more than their powerful feelings) that they were the 'good'. That they were 'the chosen ones'. They didn't look at the demonising propaganda against the Jews logically. They were encouraged to feel the righteousness rather than see the evidence.

We are often reminded (via film, tv, press) how cold, calculating and ruthless the Right wing are, and how emotive, illogical and over-sensitive the Left wing are – but these scans say something else. They go against the grain. In fact they say the opposite of what we presume about each other. They make for thinking about the pigeon holes the Left and Right have been trapped in.

They make me ask: Who put us there?

The rich 1.5 percent of humanity – the 'elites' for want of a better word, need to keep the rest of us divided, in order to go on stealing the majority of wealth and security for themselves. Perhaps they will even view these findings as another significant mark in dividing line between Left and Right (and there are other divides)- but to my way of thinking, the results of these scans actually bring Left and Right (within the masses) a bridge closer.

And that psychology is already a big part of the political machine.

I think it's fascinating. It's like opening a book you didn't even realise was on the shelf and inside finding one of the tiny missing pieces of a giant jig-saw. It's a clue to the bigger picture.
Ultimately, who knows, it may lead to greater empathy and understanding between us.

I don't expect to want to share breathing space with any far Right-winger any time in the near future, but eventually (maybe sooner than imagined) we will have to meet half way.
Because I sincerely believe that with regards the proletariat, Left and Right will have no choice but to unite against those who have already started to enslave and further impoverish us around the world–(and before anyone tells me I'm crazy, let them tell me how it is that every 30 minutes a man, woman or child dies in Haiti from Cholera, as I type this – while multi-billionaires prepare the first space-port for those citizens who can afford to cough up 200,000 dollars per seat for a quick trip into space .)

As the rich/poor divide grows, and ordinary people are faced with harder and harder times, so the need for cooperation in communities grows. Left and Right will eventually have to make the best of each other. In a hundred years, fifty years, ten years from now, or sometime soon, they are going to have to put their heads together. That's what I think and that's why I like the symbolism of these findings.

The real joke is a scientist creates a theory and all the other scientists swear by it.

What started out as a joke, looks like transforming the way we regard each other....

People with liberal views tended to have increased grey matter in the anterior cingulated cortex, a region of the brain linked to decision-making, in particular when conflicting information is being presented. Previous research showed that electrical potentials recorded from this region during a task that involves responding to conflicting information were bigger in people who were more liberal or left wing than people who were more conservative.

Conservatives, meanwhile, found increased grey matter in the amygdala, an area of the brain associated with processing emotion. This difference is consistent with studies which show that people who consider themselves to be conservative respond to threatening situations with more aggression than do liberals and are more sensitive to threatening facial expressions.


What this leads me to ask is -

Are the right wing more susceptible to fear-driven propaganda?

Are the left wing less easily manipulated by suggestion?

It's all starting to make sense!


Not the way this source sees it.

Fate leads him who follows it, drags him who resist. Plutarch
0 Replies