A Toast to the Remarkable Nancy Pelosi

Forums: Politics, Government, Democratic Party, Nancy Pelosi, Leadership
Email this Topic • Print this Page
Reply Wed 22 Dec, 2010 03:57 pm
The toast is to the remarkable outgoing Speaker of the House. She is probably the best Speaker ever.

Personally, I wouldn't give her my burnt toast, but your can praise her 'till the cows come home.
0 Replies
1
Reply Wed 22 Dec, 2010 05:21 pm
@Advocate,
She certainly got a lot accomplished!
1 Reply
0
Reply Wed 22 Dec, 2010 05:46 pm
@Butrflynet,
Name 1 thing.
1 Reply
0
Reply Wed 22 Dec, 2010 06:43 pm
She will go down in history as the most powerful and effective speaker of the modern times.
0 Replies
0
Reply Wed 22 Dec, 2010 07:00 pm
@Sturgis,
Read a newspaper.
0 Replies
2
Reply Wed 22 Dec, 2010 07:15 pm
She comes from bad stock. Her father and her brother ran the City of Baltimore Maryland into near bankrupcy in a sea of graft and corruption. Her term as speaker will likely be remembered for her extreme partisanship and for setting the stage for a nearly unprecedented Democrat Defeat in the House of representatives just two years into the administration. Hard to believe the Democrat party could survive a couple more like her.
1 Reply
1
Reply Sun 2 Jan, 2011 11:29 am
Pelosi was all about competency and decency. Early on, the Reps decided that Obama was too difficult a target for their campaign of distortion and venom. Thus, their leadership decided to go after Pelosi, and spent a huge amount of money in this campaign against her.
1 Reply
1
Reply Sun 2 Jan, 2011 12:08 pm
@Advocate,
An interesting but rather contrived explanation. Though, according to Advocate, the Republicans didn't even try to take on the oh-so-formidable President Obama his public stature has fallen dramatically - political commentators now even talk of a potential one-term presidency for him. Meanwhile the esteemed daughter of the corrupt Baltimore political machine and current resident of Pacific Heights in San Francisco has faded inro well-deserved political obscurity. The truth is she made herself, in sequence, a strident, then overbearing, and finally hateful figure to the public without anyone's help at all.
0 Replies
0
Reply Wed 5 Jan, 2011 05:37 am
National debt increased 60% under Speaker Pelosi
0 Replies
0
Reply Wed 5 Jan, 2011 11:47 am


Will the former Princess hand over the gavel to JB today?
0 Replies
1
Reply Wed 5 Jan, 2011 02:31 pm
House minority leader Pelosi has a nice ring to it

was enough to get Pelosi my vote. Considering the fact that the GOP turned into the No Party, what Pelosi accomplished is for the history books.

The GOP was not interested in the people's concerns, but to defeat everything they thought would make Obama a failed presidency.

That the American voters were too stupid to understand the national politics for the past four years is nothing but grave for the future of our country.

The republicans are talking big about cutting expenses and taxes without understanding that the biggest portion of the fed budget are social security, MediCare (which GW Bush helped increase its cost), defense, and interest payments on the national debt.

Just where do they think they're going to cut? From social security at a time when the baby-boomers begin to retire from now, and will grow for the next decade or two? How?
What part of MediCare are they going to cut? Death panels and the government takeover of health care?

We all know the GOP will never cut defense spending.

That leaves interest payments on our debt. How do they cut that without increasing taxes?.

The rhetoric they (the GOP) use is far short from the realities of the situation.

It's going to be fun watching the GOP fight their wars with their own party.

Former Congresscreature Pelosi would have an even nicer ring. 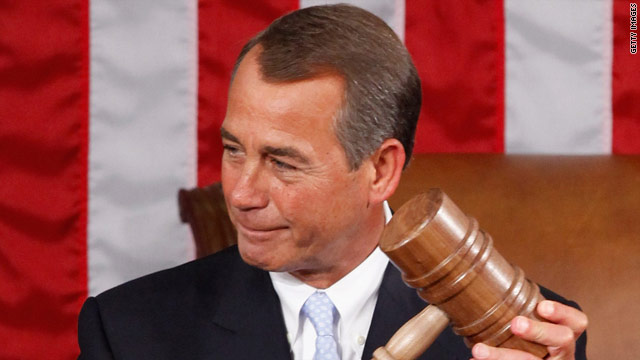 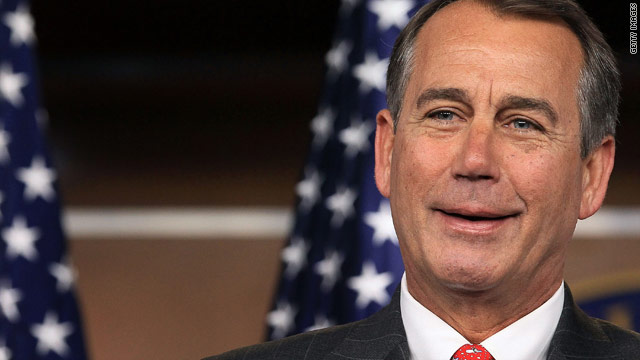