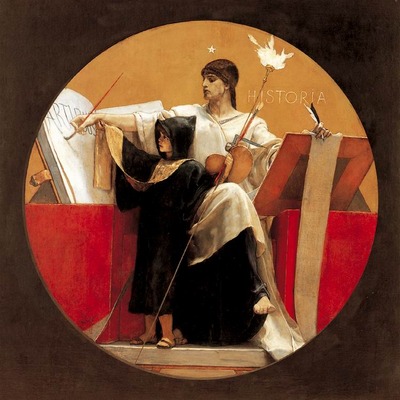 The historical tendency is a term always being perverted. It seems that communist has nearly fall in love with it. They use the excuse of "historical tendency" in rationalising their radical idea of destroying the capitalism and violent revolution. During the 20th century Communist had proclaimed that the age of communism would come instead of the capitalism was a necessary tendency. However the anti-communist democratic movement in the 1980s and 1990s had proved them wrong. Ironically the main force against them was the students and the labours that used to be their greatest supporters but then felt disappointed about the rule of communism. But there is still something that seems to be really a historical tendency, for example the liberalisation of thinking and the improvement of scientific technology. So it would be odd if somebody just say that all the historical tendencies do not exist. But what are historical tendencies? And what is the meaning in studying about it?

"Historical" is an adjective referring to something connected with the past, whilst "tendency" is a noun meaning a new custom that is starting to develop. Therefore to analyse a historical tendency we must be macroscopic. Three principles for analysis are necessary: firstly, the spatial integration. Both the factors of the local region and the international situation are needed to be considered. Secondly, the temporal integration. Instead of only studying about one or two years, we should focus on a long period of time, at least 10 years for present history, usually above 100 years for the modern, classical and ancient history. Sometimes even more than 500 years history is needed to be analysed for some topics, for example the improvement of weapons from the Middle Age to the Modern Age. Thirdly, the logical integration. Nothing should be skipped unless it is totally not related to the topics and we must found an integral logical relation of all events.

Note: obviously this is not a good application of analysis on hisotry...

Firstly, the temporal differences. This is the most significant principle as the present or the future situations must be somehow different from it used to be in the past. The politics, religion, community, culture, economy and even the language vary a lost as time passing by. The religious conflicts used to be a serious problem during 16th and 17th century in Europe after the Reformation, but obviously this is not the case for the integral situation (though some places such as Northern Ireland problem still exit). Many European even seldom go to church in their whole lives! Therefore we should be careful about it.

Secondly, the spatial differences. Different places will have different reactions in a certain extent towards the same situation, as a result of cultural, racial, religious, political and economic differences. Britain is famous of a peaceful reform of the Glorious Revolution by transforming into a constitutional monarchy whilst across the English Channel, France is famous of a violent revolution of French Revolution by destroying the monarchy and establishing republic, on the cost of terrible casualties, and enormous economic loss. That's the result of the spatial differences.

Thirdly, the logical differences. Different logical relation is always ignored but every important in fact. Even in the same place or at the same time, the differences of leading causes led to a totally different consequence. Simply speaking, this is a case that the situation is the same but the causes are different. These causes are usually related with the leading thinking of people. During the Anti-Japanese War in China (1937~1945), facing with the invasion of Japanese (the same situation), at the same time and in the same country, the action of KMT and CCP is totally different. As CCP originally owned a guerrilla formed by labours and farmers and want to expand its influences and prestige, they were enthusiastic in fighting against Japanese. However, as the regular army of KMT who was afraid of its military power to be reduced, relying on (and waiting for) the Western supports, sacred about the expansion of CCP and the invasion of Japanese, they were not so enthusiastic in fighting against the Japanese.

To conclude, Historical Tendency does exist, but it's only a synthesis of several historical events by the method of induction instead of deduction. It's a process of reasoning from the consequence to the cause. Therefore it may be wrong unless every causes and consequences are considered (which is very difficult). And the debate of logical relations makes it impossible to conclude a necessary and absolute conclusion. Therefore we cannot use it as a cause of the happening of a historical event as this "cause" is not an exact cause. From the three principles of finding a historical tendency (spatial, temporal and logical integration), we can infer the three principles of the application of the historical tendency: considering the spatial, temporal and logical differences from the past. A historical tendency may not equivalent to the present or future tendency but must be somehow related with them. Instead of perverting the term "historical tendency" to support a subjective opinion, we needed to be objective, rational and careful in the integral analysis of history, the application of historical truth at present and the prediction of tendency in future.


The Historical Tendency The historical tendency is a… | doctorandrewtam on Xanga
Type: Discussion • Score: 2 • Views: 2,676 • Replies: 4
No top replies
1
Reply Mon 5 Oct, 2009 09:18 am
@patriarch,
I have read it Pat but im lost to know what response you require, it appears a very long script about the tendency of history and how it is not always inclined to be so. The only response I can give as a amateur philosopher,is that humanity is fickle and is inclined locally to have exaggerations of temperament and reason. Historic tendency is a local issue, defined by the character of the people in general.

Sorry you have had not had more input, i was hoping others could clarify your thoughts before i commented.
1 Reply
1
Reply Mon 5 Oct, 2009 10:58 am
@xris,
Even if we accept your historical interpretation of the 80's and 90's, two decades does not prove or disprove an "historical tendency" - especially of the sort Marx had in mind with regard to shift in power and the evolution of governance.
1 Reply
1
Reply Tue 6 Oct, 2009 03:13 am
@Didymos Thomas,
Didymos Thomas;95185 wrote:

Even if we accept your historical interpretation of the 80's and 90's, two decades does not prove or disprove an "historical tendency" - especially of the sort Marx had in mind with regard to shift in power and the evolution of governance.

Why?
I have said already. Historical tendency is not proved by deductive reasoning, so it can never be necessarily true. As it is proved by inductive reasoning, it can only be probably true. But that's enough already. By the way the most important point is that it's an abstract synthesis only. While history was "occuring", no tendency existed at all.
1 Reply
1
Reply Tue 6 Oct, 2009 07:32 am
@patriarch,
Because two decades is such a short period of time. Anomalies exist.

It has nothing to do with the sort of reasoning, this has to do with time span. If I took two seconds of my day and extrapolated tendencies from those two seconds, I could reasonably conclude that my tendency is to spend literally every second of my time smoking cigarettes or taking a swig of beer. But neither are true, and both are remarkably false.
0 Replies