What do you think of Dr. Phil?

Forums: Tv, Dr Phil
Email this Topic • Print this Page
Reply Fri 31 Oct, 2003 11:02 am
Last season, I enjoyed Letterman's editing of Dr. Phil to make him look moronic but that is just the network's way of promoting their shows. When Phil McGraw guested on Letterman, I enjoyed his sharpness and since watched his show.

It's a little snake oil and a little Baptist preacher mixed with Queen for a Day. Have some lingering . . . what?

What do you think of Dr. Phil? Went to a writer's conference where the keynote speaker called him a guilty pleasure.
Type: Discussion • Score: 2 • Views: 25,744 • Replies: 117
1
Reply Fri 31 Oct, 2003 11:05 am
I find that last comment very interesting. I've seen him from time to time--i used to regularly have a physical therapy appointment at a time of day when they had Oprah on the teevee. What i've noted is that he gives good advice, founded upon a reasonably reputable counseling method--but he delivers it in his down-home boy style, in language his listeners can understand. If it is a "guilty pleasure" for anyone, i could only suggest that they are revealing an elitist attitude. Additionally, i've noticed all my life that people who are prepared to believe what an "expert" tells them under most circumstances, they discount it if the speaker has a Southern accent. In fact, i have had Yankees admit it plainly to me.
0 Replies
1
Reply Fri 31 Oct, 2003 11:25 am
Setanta,
There was a rather brilliant comedian on Letterman a few months ago with a thick Southern accent and a puckish, dimpled smile who addressed the issue of sounding Southern from a comic perspective. His opening line was, "things you never expect to hear pronounced with a southern accent . . . check-mate . . ." He went on but I don't remember.

Dr. Phil, I think, plays up the good ol' boy routine, using expressions like, "I'm gonna open up a can of whoop ass on you." He does it charmingly and it does help drive his points home.

As for the speaker, well, she is a NYC writer. However, there is another aspect to the guiltiness of the pleasure and that is whether or not Phil is a charlatan, a creation of television and that is the thing that makes me guilty about him. How are we manipulated by Phil, his production team, etc?

I would ask the same question if he had a down Maine accent.
0 Replies
1
Reply Fri 31 Oct, 2003 11:34 am
I don't recall details, POM, but i believe that Oprah once gave his credentials, and he once spoke of transactional analysis. As i studied that particular discipline, i know his methods are not out of line with it.

A friend here in Ohio and i were once watching a program on one of the cable "knowledge" channels--TLC, History, something like that--and a gentleman who is a distinguished paeleo-anthropologist was interviewed. He had a very thick Carolina accent, which is often difficult for other Southerners to understand. Unbidden, my friend observed: "I know he knows what he is talking about, and his comments are very perceptive. But every time i hear someone speaking like that, my response is always: 'idiot.'" I found his candor amusing and refreshing.
0 Replies
1
Reply Fri 31 Oct, 2003 11:50 am
Dr. Phil gives me the creeps. It's not just the accent; I can't bear to look or listen to the man.

There was an NBC special a few weeks ago about obesity in America. Dr. Phil was the main host. He was sitting there lecturing people about their weight and giving diet info out. He's no dietitian and not qualified to do that and he's no shrinking violet in the weight department either. How dare he. He has no knowledge of the subject. The creeps. Just like Mac said. Heeby Jeebies. Blah. Feh. Bozo.
0 Replies
1
Reply Fri 31 Oct, 2003 12:15 pm
He first came on my radar as misquoting the American Academy of Pediatric's recommendations on breastfeeding. The recommendations are AT LEAST one year, and then "as long as mutually desired". He said the AAP's recommendation was that babies should be weaned between 6 and 12 months.
0 Replies
1
Reply Fri 31 Oct, 2003 12:17 pm
Pfffffft!
0 Replies
1
Reply Fri 31 Oct, 2003 12:37 pm
You're right in a way, sozobe, in that inserting the six months was in clarifying "by mutual consent," but Dr. Phil does gloss over and generalize things, now doesn't me? He even has a disclaimer that in the hour alloted he can't go into some details but that's one hour times how many hours? Most of what he says should be commons sense so I figure it's the graduate crowd from Jerry Springer who figure they need some more stable advice...

0 Replies
1
Reply Fri 31 Oct, 2003 12:39 pm
As for diet, the no sugar and low carbohydrates (and only complex carbohydrates) would trump Dr. Phil. The going into kitchens and throwing out all the bad food is like the AA counselor who comes to the drunks house and throws out all his booze. Gawd know, it only starts there! There's a difference between making something simple and being simplistic.
0 Replies
1
Reply Fri 31 Oct, 2003 12:54 pm
I like most of what he says.

I saw that obesity show and mostly felt bad for whoever the location producer was. They shot it live at the South Street Seaport, at night.
I know in the meetings it must have sounded good. "We'll have the Brooklyn Bridge lit up as a backdrop"......, someone forgot there might also be a Force 7 gale blowing across the New York Harbor and there was.
At about 50 minutes into the show, Katie Couric (what a trooper!) was shouting her comments over the flapping curtains and the freezing studio audience. That producer, I'm sure, is working for a very nice news department in East Jesus, Idaho right now.

I think sometime Phil is too blunt, but I love it when he asks someone whose behavior has brought them misery, yet they don't change, "How's that working for yuh?" They see, it ain't.

I was born in Connecticut, I spent a long time out west and can do a pretty fair Oklahoma accent. Sometimes, when I am trying to explain to a New Yorker how to get themselves out of the jam they are in, using the Okie is the best way to get their attention. Cuts out the bullsh-t.

Joe
0 Replies
2
Reply Fri 31 Oct, 2003 01:03 pm
Friggin' Dr. Phil....whether or not the dude's advice has a solid foundation, anyone with an air of confidence and half a brain can bully ignorant people into believing anything, and it makes for great TV, but horrid counselling. Also, about the new diet book....one, there is no new info in there, and two, take away the obese people on that dumb special and hey, Dr. Phil is fat! Snake-oil salesman with a clever twist, I say.
1 Reply
1
Reply Fri 31 Oct, 2003 01:11 pm
On that show, they had an M.D. that corrected him saying that the latest research has revealed that some obesity is inborn genetically or whatever and that it's not neccesarilly the persons fault or in the persons control as Dr. Phil wants us to believe. The show just ignored that and DP continued to rant. (But please let's not make this a debate over that point.) It show that he generalizes and is going for the mass appeal. It's just ratings. Not science.

I've also seen him sic his son on people. It's amazing. A barely out of his teens guy pontificating to teenage girls about how they should live their lives.
0 Replies
1
Reply Fri 31 Oct, 2003 03:44 pm
All this is news to me. I only saw him on Oprah, during what i assume must have been his run-up to snake oil sales.

If you can't afford a therapist and need help figuring out solutions to your issues, his show fills a need a lot of people have and it isn't available anywhere else on TV.
0 Replies
1
Reply Fri 31 Oct, 2003 09:35 pm
I've seen his show once, and liked what I saw. I wouldn't stay home to watch him (or anything else on t.v. for that matter), and I'm not planning to tape his program, but I'd watch again if I was home sick or stranded in an airport, or someplace that I had no alternative to television.

He seemed like a fairly intelligent man with a very simple, clear way of making a point.
0 Replies
1
Reply Fri 31 Oct, 2003 09:56 pm
I haven't watched him much, but his manner doesn't bother me, and I see the appeal. I don't have a strong opinion about him either way, but know people who do, and a theme seems to be that he has enough earned credibility that the slips (and there seem to be a lot) are that much more dangerous, since people believe it.

There was an article about his new line of diet food in the NYT... (from the Dr. of psychology or whatever it is -- NOT medical, health, nutrition, nuthin') lemme go find it... 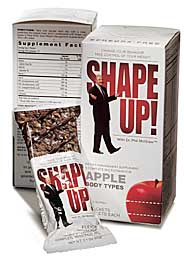