Is Evolution a Dangerous Idea? If so, why?

Compared to the size of the Giant ice planet, if it has a small metallic core, the pressures would be so high the core would be molten, no red soil there old mate. You lose.
0 Replies
1
Reply Mon 16 Aug, 2021 05:40 am
@The Anointed,
lets all try to keep a modicum of civility in our passionate discussions, when you lead a discussion with insults you just invite retaliation and then it escalates. Id not like to see thes threads gt locked up because , its not an issue of who comes out on top (specially if were just trying to learn things), Once a thread gets locked once, it gts to bcome a target for permanent lockee up by the mods.

how bout it? Im trying to do my best to ignore the targeted vituperation that many begin when posts arent accepted as fact, maybe you can join?
0 Replies
1
Reply Mon 16 Aug, 2021 05:50 am
@The Anointed,
Quote:

Did you know that the Hebrew meaning to the name 'ADAM' is; "OF THE RED EARTH"? not necessarily the planet earth, as Adamah (Biblical Hebrew : אדמה) is a word, translatable as ground or earth. Of the RED Ground, but the ground on the surface of which planet?

The point of thi jut flew over my head. Are you saying that an ADAM-like character was actually an alien???

See, i just fail to see how all this "interpretation" comes out of two accounts of a Creation myth , both of which re totally intrpreted from less than 3 pages of txt.

Whenever someone has to go back and do a textual "Biblical Goldwater", where the debater begins to tell me that "This is what the text means, (when it actually contains nothing of the kind, nor does it contain any reference at all to the interpreted subject).
I find that a bit demeaning as well as annoying. My dad always used to talk about the Creation lgends ofSouthern Baptist Fundamentalists thusly

"Are they that dumb or do they just think that we are that dumb?"
1 Reply
1
Reply Mon 16 Aug, 2021 06:19 am
@farmerman,
I hadda go look this up as if it wre something important.
Hebrew has the additive concept like German or several other languages. So there is a word {אדם} which is "ADAM" meaning the child, or the root child.
The rest of what you posted makes a complete additive phrase wich makes "EDOM" or the "Child root of the red ground'. So, Im not sure where you wre trying to go with it all.
Ive often said that, all in all, Panspermia is a concept of a Creation methodology that still is a "COULD BE" . Its jut not able to be tested o evidenced as of yet. e will have t wait till get into space and see whether we see any differences in thir fossils to ours.

Science v "Science Fiction" is not on the droll , rather than the factual side. Science fiction can pretty much involve anything and oftn some real science does grow from it. look at Arthur Clarke's methodology prognostications
0 Replies
1
Reply Mon 16 Aug, 2021 06:28 am
Actually there is red earth in Georgia.

https://www.nrcs.usda.gov/wps/portal/nrcs/detail/ga/soils/?cid=nrcs144p2_021871
Not all Georgia soils are red, but many of them are. The State is well known for its abundance of "Georgia Red Clay". People often ask why the soils are red. 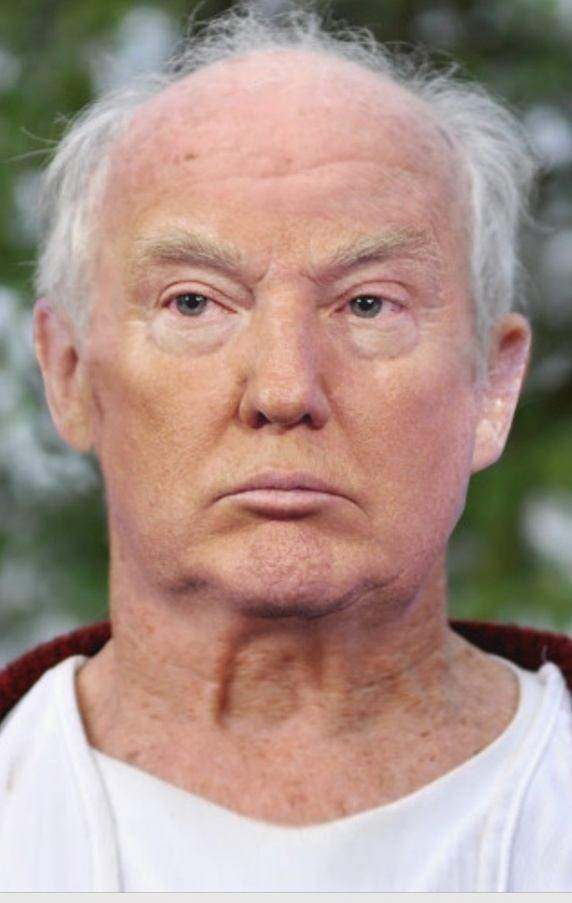 1) A genetic memory of evolution to life on land. Remember this? Remember the threead is supposed to be evolution? Instead, you guys ignored this and this is why the thread might be closed. Because we cannot agree on any part of the premise. Now I don't know when this happened, but you're focusing on the idea of a worldwide flood and not the actuality of evolution. "Sure, fine, genetic memories are a thing, let's move on." This is what you say if you want there not to be an argument, you accept parts of the premise and keep focus on evolution.

2) You're confusing a sudden worldwide total flood with a worldwide lowest points flood. In other words, you're creating a strawman. This is another way to create heated debate that closes threads.

But what I actually said was that water level rose after the ice melted from the last Ice Age. It was significantly less than I thought, but it was exactly the areas that had flood myths. For example, China has a flood myth, but Japan doesn't. This because those in the area between China and Japan that flooded immigrated to China. You're also thinking of this as a single fast flood. This is actually like the erosion that is happening to many coastlines in America. Tangier Island, parts of New Jersey, parts of Florida, these areas sink or erode. For other areas, swamps fill in or volcanoes erupt, and land is added. Likewise, people are always talking about climate change or whatever. If warmining happens, the areas flood (that is to say, over the course of centuries water table becomes higher). This isn't "didn't happen" it very much did happen, and no there are many many cultures it happened to, not just the Bible. You can clearly see the difference between today's landforms and this projection map, and it is known that the so called Native Americans crossed through Russia while that area was land. The "flood" happened. Deal with it. In fact, if climate alarmists are right, it is still happening to areas that are washing away. Btw, from that map, you can see where land used to be at some even earlier date.

3) My last explanation of this, had little to do with actual flood and more to do with how legends get passed down. In addition to flood stories, Earth has stories of otherworldly immigrants. Selkies, the legend of Sakuya, Ezekiel's Wheel, and stories of angels. This is what's tied to the whole Phaeton thing. Planet blew up, and humans came from there. Or some humans came from there and mixed with the rest.

You're fixating on some guy named Noah, and being far more of a literalist than I, in some attempt to create a strawman. But the more you do that, and the less you listen, the more likely this thread closes. So listen up. There are three reasons, none of which imply "worldwide flood" to the point where the whole map looks like water. But I never said that.