Since The Banks Are Getting So Good At Foreclosures

Forums: News, Finance, Banking, Foreclosures
Email this Topic • Print this Page
Reply Mon 15 Feb, 2010 11:38 am
http://www.jrdeputyaccountant.com/2010/02/bank-of-america-forecloses-on-house.html
why not just foreclose on them all

Bank of America Forecloses on House Paid in Cash 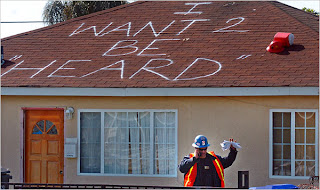 Charlie and Maria Cardoso are among the millions of Americans who have experienced the misery and embarrassment that come with home foreclosure.

Just one problem: The Massachusetts couple paid for their future retirement home in Spring Hill with cash in 2005, five years before agents for Bank of America seized the house, removed belongings and changed the locks on the doors, according to a lawsuit the couple have filed in federal court.

Early last month, Charlie Cardoso had to drive to Florida to get his home back, the complaint filed in Massachusetts on Jan. 20 states.

The bank had an incorrect address on foreclosure documents " the house it meant to seize is across the street and about 10 doors down " but the Cardosos and a Realtor employed by Bank of America were unable to convince the company that it had the wrong house, the suit states.

"Their own real estate agent told them, and nevertheless Bank of America steamrolled right ahead," said Joseph deMello, an attorney in Taunton, Mass., who is representing the couple. "This is a nightmare for anyone, and it affected my hard-working clients a lot."