I do, however unclean my agreement with Kristol makes me feel.
end of quote

Don't worry, Mr. Thomas, it does not rub off. You are free to accept whatever part of it you feel is true.

Kristol, of course, is not the man you see on Television often. This is Irving Kristol--His father.

I don't believe there is an answer -- it's the theme of Wells' "Things to Come" and many other socio-political sci-fi writings. The end of the novel is a description of a Theocracy, and the masses revolt. Once again, intelliphobia.

I would think that "Intelliphobia" means fear of Intelligence and since the esteemed Mr. Lightwizard decries Intelliphobia it can be safely deduced that he is highly intelligent.

Good for him. It would appear that there is a rough correlation between intelligence and affluence. If this is correct, my thesis on the election of 2008 holds up. Since 75% of the people who had an income of less than $15,000 a year voted for Barack Hussein Obama, it is clear that he derived a large measure of his support from the most stupid part of the electorate.

But how could this be? Only the highly intelligent voted for Obama. Those who did not vote for him are surely the least intelligent. 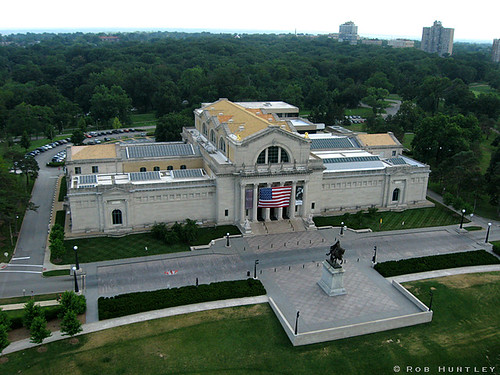 Thanks for all the interesting posts/ideas and stories, guys.

I especially enjoyed TKO's and Dys's posts. See below.
0 Replies
1
Reply Mon 15 Jun, 2009 05:00 am
@georgeob1,
A more germane question, O'George might be whether or not opportunistic politicians can be weaned away from attempting to exploit, from promoting anti-intellectualism. I am familiar with the sort of supercilious fools in the groves of academe to whom you refer, but they aren't really very important in the great scheme of things. I'd suspect that, for example, there are more auto mechanics in any given state than there are university professors (and a damned good thing, too). The silly academic types i've seen (i worked for many years in the state universities civil service system of a midwestern state) were not the majority of the professional staff of the universities, and may not even have been the majority of the professorial staff. In many cases, i think they are motivated by a deep-seated sense of their own inferiority--they rely on others to do almost everything for them, and the few things they do for themselves which aren't related to their academic disciplines are usually disasters. They don't dress themselves well--often the effect is comical--and i advise you never to ride in an automobile driven by an academic bent on discussing his or her area of interest.

But really, O'George, how many semioticians are there in the world making a living at their own preferred dog and pony show? This is a classic case of demonizing an entire political movement (it is invariably "liberals" who are tarred with this brush) because of the transparent stupidity of a handful of people--in this case those with the conceit to think of themselves as intellectuals. For chrissake, those who attempt to exploit anti-intellectualism include the political pronouncements of Hollywood "stars" in their indictments, and most Hollywood "stars" make the Chicago Bears defensive line look like a bunch of egg-heads. The root problem here is political exploitation.
0 Replies
1
Reply Mon 15 Jun, 2009 05:04 am
@Diest TKO,
Quote:

Every summer as a child, I'd go visit my family in California, and I'd play with the neighborhood kids. When I'd say I was from Missouri, they'd say "I'm sorry." That kind of arrogance boiled my blood even at a young age. I think however that anger I felt helped me understand why people are so vulnerable to this kind of thing.

I totally understand that.
It's kind of like the way one can admit they think their ass looks a bit fat in their skirt, but if someone else pointed it out it would immediately make you angry or defensive

No, but I do get what you're saying.

It does appear to be a useful political tool for republicans. A lot of their ideology is centred around working for the 'average joe'/'hockey mom' etc.
You will have to excuse the fact I am not incredibly well versed in american politics.

1 Reply
1
Reply Mon 15 Jun, 2009 05:14 am
@The Pentacle Queen,
Osso opined that the term middle America was coined in the Reagan era, but i'd say it goes back to Nixon and his "silent majority." I think Republicans began to attempt to exploit anti-intellectualism (and a lot of other fond conservative shibboleths) when people had come to take for granted that the Republicans were the party of the wealthy. (I'm not saying that that was ever true, but it was a strong perception for quite a few Americans.) They need ways to connect to the "average Joe," and this is just one of the tools.

If someday you find yourself touring about the USA, it's probably going to be the coastal cities you'll be interested in. I'm not sure what of the Midwest is ever positively promoted in our media culture, and exported overseas.

I'd challenge yourself to see some of the great cities and beautiful nature in the heartland. :-)

That's a fantastic art museum in St. Louis, and in the middle of a lovely park, too.

Love that museum. Forrest park is great in the summer. Have you ever seen a free show at the Muny theater?

I think in fact that faux intellectualism has an oppisite effect on a person retarding his/her road to intellect/enlightenment.

It's funny how TKO's and Dys have the most distorted views of what
anti-intellectualism is in America... and you agree with them...


Distorted? Really?
They just gave first hand accounts of their experience of growing up in America.
TKO recalled feelings he had as a child, and had no/little knowledge of any type of ideology.

Big words don't make you an intelletual and they won't cut through the chains in the cave.

The path to Socialism in America's heartland, as well as the rest of this country has been paved by government schools.

This "dumbing down" of America's youth over the past few decades has resulted in the "Dumbmasses" we deal with today.
The Dumbmasses voted for and blindly support Obama and without thought, just as they were taught to do in government schools.
When it comes to making real life decisions in... few young Americans are capable of using common sense and logic.
1 Reply
1
Reply Mon 15 Jun, 2009 09:51 am
A lot of people talk up Bill Bryson . . . i tried to read Notes from a Small Island, as a beach book for god's sake, and couldn't finish it . . . borrrrrring . . .
2 Replies