I've never gotten any on my hands, but I'm still going to wash them after handling anything toxic. My point was that they are simple solutions and the warnings are to the effect of "don't do something stupid like eat this or squirt it in your eye" and aren't something to be afraid of.

Hardest part of the whole thing is catching the cat.


Meant to hit 'reply to all,' sorry

Cycloptichorn
0 Replies
1
Reply Mon 29 Dec, 2008 01:55 pm
@shewolfnm,
Seaglass is probably still asleep in Hawaii, so I'll quickly settle this long-distance to avoid confusion. Claws has always been an outdoor cat, all the years I've known him. He comes inside only to look around and check things out. There's no litter-box; he does his duty outdoors. His food is put in a sheltered spot on the lanai and that's how it's always been. Fluffy started hanging around this past Summer while I was there. When I first saw the little wild ball of fur come sneaking onto the lanai just past sundown, I expected that Claws would be indignantly up in arms and there'd be a brouhaha. Nothing like it. They're very good friends. If Fluff, who's not quite fully grown yet, gets too playful, Claws just gives him a swift swat with a forepaw and sends the little bugger flying. No offense intended nor taken. It would be a shame to surrender Fluff to the animal care shelter. His life expectancy would be cut to zip.

I am currently house sitting at a small ranch in Hawaii which is not being ranched at the moment. I am there to see that a very expensive solar system does not take a hike and to babysit a gorgeous black cat named Claws.

A half grown feral cat showed up one day and established residence because of the gourmet diet that Claws enjoys. Anyway the feral cat whom I have named Fluff has fleas and has given them to Claws.
Seaglass

I got from this that the feral first showed up while she was cat sitting this time. Apparantly that's not the case.

yeah, we were in error with the indoor cat stuff, but it was that nimrod shewolf that first brought it up....nimrod.

bottom line to me would be.....What would the owners want done?

I didnt gather either way that Claws was indoor or out.
i was assuming ( my own fault) that he would be indoor and basing my ideas off of that.
But if he is an already out door cat, I still stand by my sugestion of getting him to a vet. There are a few things that he could have besides fleas that would make him have bald spots on his skin that could very well have come from Fluffy.

If they are both out doors, there is no way besides what that nimrod Chai suggested to get rid of him.

If on a few short months he has given claws fleas, and possibly other things.. I would agree with the DimWit Chai and take Fluffy to the pound..

Since we dont know , we cant assume that they kept him indoors his whole life.
And if the feral kitty found his food, then that means he was outside to begin with.

Cheif Nimrod was right all along.

nah-nee nah-nee boo boo stick your head in doo doo damnit
0 Replies
1
Reply Mon 29 Dec, 2008 02:38 pm
My experience has been that Advantage works, and works by repelling fleas - even for an outdoor cat who is exposed to them in daily life.

I stand to be corrected if this has been different for others.

On the matter of Fluff, I'd try to trap him or her, approach with caution and a wrap blanket of some sort, and then squirt behind the neck with the Advantage.
Perhaps I'd keep the other cat away from Fluff for the amount of time it takes for the Advantage to be absorbed into the skin. (It's supposed to be put on the skin, not just squirted on the hair). Might look at the Advantage website and read the particulars.

It's not an inexpensive product, but I've never had it not work on a cat or dog - different products for each), and work for quite a long time once it was in the cat or dog system via the skin.
In fact, I used to buy the product in a multipact, as it was cheaper that way - and friends who have the house and Claws might even have some in a "pet" drawer. 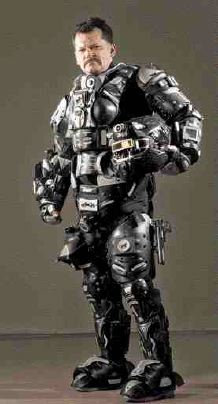 I'm sure the Secretary of Nimrods would agree.

When we trapped and took our feral to the animal shelter, it was already sick and breathing like this....SSSSHSCCCHHHNNNIIKKKKKK!! (hence we called him snicky).

Wally went back to the car to mourne, and I waited to get our trap back.

I could only see the shelter guy from the hips up.

I saw him put leather gloves on and look down at the trap a moment, in deep thought.

Then he went and removed the gloves, and put on a different pair that went up practically to the shoulder. Then he put a plastic shield over his face, and opened the top the the big container he was going to transfer him too

As quick as he could, he ducked down and came back up holding the feral by the back of the neck. I'm pretty sure if he had take 1/2 a second longer to turn and deposit him, and shut the lid, the feral would have attached it's entire body to the glove with it's claws.....and this was a sick cat.

Ferals are wild animals. WILD Animals. You woundn't pick up an ocelot, would you?

0 Replies
1
Reply Tue 30 Dec, 2008 05:31 pm
@shewolfnm,
I think I agree with you Chai2. Fluff wasn't part of the deal when I took over the house and I couldn't take him with me if I left. I haven't really bonded with him due to his unsociability.

I am going to lure him into the cat carrier and take him to the animal humane society and then deal more effectively with Claw's infestation. He is a short hair and has developed bare patches from chewing on the bites. which I need to address.

Thanks for all the advice.

I think I agree with you Chai2. Fluff wasn't part of the deal when I took over the house and I couldn't take him with me if I left. I haven't really bonded with him due to his unsociability.

I am going to lure him into the cat carrier and take him to the animal humane society and then deal more effectively with Claw's infestation. He is a short hair and has developed bare patches from chewing on the bites. which I need to address.

Thanks for all the advice.

It's hard being the tough guy sometimes, isn't it?

It's hard being the tough guy sometimes, isn't it?

Good luck with it, Seaglass!
0 Replies
1
Reply Tue 30 Dec, 2008 08:04 pm
@Sglass,
OK, glad to hear that, re both of them going to a vet. Phew.
0 Replies
1
Reply Thu 1 Jan, 2009 11:22 pm
Well I spoke to the person who was ranch sitting before me and now have a handle on the problem
1 Reply
1
Reply Thu 1 Jan, 2009 11:42 pm
@Sglass,
Well I managed to screw that one up. I'll try again. I changed Claws cat food from a very expensive but nutritious one loaded with vitamins to Friskies. It seems that this has happened before and I have to put him back on the expensive one to get rid of the condition. Costs something like $24 for 5 lbs. and I can't cheat. It was suggested I find a new residence for Fluff since I can't get near him to deflea. I am going to call Cathy the Cat Lady in Volcano and start working on that. Fluff needs a kid to chase him.
0 Replies