Forums: Politics, Obama, Mccain, Political Ads, Political Attacks
Email this Topic • Print this Page
Reply Tue 9 Sep, 2008 03:44 am
I think we'll see the ads get more and more aggressive over the next weeks. 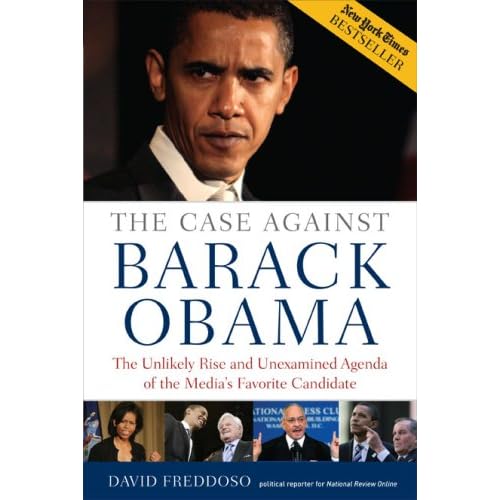 At least you're not old enough to vote (well you don't seem it).

1 Reply
Below viewing threshold (view)
-6
Reply Tue 9 Sep, 2008 04:25 am
@hingehead,
And how did your mom dress you for school today?
Don't vote and please never have children hingehead.

As an ad I think it's nothing special. It does what it needs to do without being particularly clever about it.

As a political argument I think it's just a very superficial ad hominem (though few political ads won't be from here till the election). Whether or not McCain deserves to call himself "Maverick" is not the kind of thing that would sway me either way because nicknames are low on my list of priorities in an election.
2 Replies
2
Reply Tue 9 Sep, 2008 05:15 am
@Robert Gentel,
This is a good ad, and it is part of a good electoral strategy.

The way you win a campaign is by setting up narratives that are good for your candidate, and bad for your opponent.

McCain has decided that he wants to challenge Obama on being the "Change Candidate" (which, especially this year is a compelling narrative). In my opinion this is a foolish move on McCain's part, but he has apparently accepted that this election is about "Change".

This ad (and several others like it from the Obama camp) are simply saying-- "Who does McCain think he is fooling... McCain is no Change candidate".

This is the way that Obama will win the election.

Issues are never simple. One thing I'm proud of is that very rarely will you hear me simplify the issues.
Barack Obama
0 Replies
1
Reply Tue 9 Sep, 2008 08:15 am
@Robert Gentel,
OK, gotcha - thanks.
0 Replies
4
Reply Tue 9 Sep, 2008 11:00 am
This ad may very well backfire on Obama...For years, McCain has been called a maverick...this isn't some recent persona that McCain is just now advertising. McCain as maverick has been touted by media and republicans and democrats alike for years. People will remember the row that McCain endured when rumors were hot and heavy that he was going to change parties or even run as VP on the Kerry ticket. Obama will be unlikely to disabuse folks over the next 60 days of an impression that has been decades in the making. All he will be successful of is reminding folks that McCain has been called "maverick" and for any number of good and valid reasons.

Now he may have more success painting Palin with the brush of "no maverick" but certainly not McCain.
2 Replies
1
Reply Tue 9 Sep, 2008 11:39 am
@slkshock7,
I doubt it will backfire on Obama. Quite the contrary, McCains claims to be the Maverick are the ones that will backfire.

The Democratic message will point out there are two McCains.

The McCain from 2000 was independent... opposing tax cuts, standing up to the religious right, supporting regulation on gun sales and advocating for a moderate immigration compromise.

But the new McCain supports tax cuts, is bending over backwards for the religious right and is even wishy-washy on torture.

This is a legitimate line of attack for the Democrats... especially when McCain is trying to take the "Change" mantel.

Obama will be unlikely to disabuse folks over the next 60 days of an impression that has been decades in the making. All he will be successful of is reminding folks that McCain has been called "maverick" .. he may have more success painting Palin with the brush of "no maverick" but certainly not McCain.


I'm afraid this sounds pretty convincing. However unjustified McCain's maverick image is considering his massive sell-out these past couple of years, long-entrenched notions like that aren't going to be disabused now in two months. Especially not because you can rely on the gutless media to keep repeating the maverick shtick.

I think I've read a dozen times that negative campaigning only works when it plays on an already latent suspicion. Yes, you should attack the opponent on his signature strength, the Rove school of campaigning teaches us, but you have to do so by playing on notions that are already there.

So when Kerry's signature selling point was the war hero thing, you let the fringe attack those credentials head-on, but yourself focus on something that will undermine that strength, but does so by playing on already latent doubts. Kerry the feckless flip-flopper, the windsurfer, the dissembler. Eventually, entrenching the opportunistic flip-flopper and dissembler labels also serve to undermine the war hero stuff - did he fudge up some of that stuff too? Didnt he turn against his fellow soldiers once he got back home, only to play up his soldier credentials again 30 years on when he ran for President? Those are not my opinions, but that's how it worked.

In comparison, responding to McCains main selling schtick by just saying, "not so! not true!", when the shtick is one voters have been fed for years - I dunno, doesnt seem so promising.

Not that I've got ready-made answers on what to do...
0 Replies