Forums: Relationships, Friends, Gifts, Gift Ideas
Email this Topic • Print this Page
Reply Thu 7 Aug, 2008 10:55 am
Some very good friends of ours are moving. (The noive!) Not just within the city or state but Far, Far Away.

I want to get them a nice going-away gift. Their party is tomorrow evening. I had an idea but I don't know if I'll have time to execute it -- paint a nice watercolor of their house. (I drove by and took a digital pic a couple of hours ago, waiting for the photo lab to say the the 8 X 10 glossy is ready for pickup, plan to paint from that.) It's a great house, where the kids were born, etc.

But I don't have a lot of time to finish it and am worried about the whole "haste makes waste" thing too (messing up 'cause I'm watching the clock).

They have very good taste but also a whole lot of money, paired with a dislike for excess -- their house is pretty spare, with very expensive, high-quality things here and there. (Stickley furniture, etc.) I'm not very confident about getting them any THING.

They're moving near family and don't have a new house yet -- so I can't get them anything based on that.

I think I'll get something fun + small for the girls (for example, I just got sozlet a Klutz shrinky-dink book that she loves loves loves), but would like to give a whole family/ parent present too. (Family is two girls -- original friend of sozlet [7] plus her older sister [9] who sozlet is also very close to -- and their parents.)

Anyway, any ideas much appreciated! I'm worried about it being par-T minus 1 hour and not having a painting suitable for gifting...
Type: Discussion • Score: 3 • Views: 87,071 • Replies: 28
No top replies
1
Reply Thu 7 Aug, 2008 11:00 am
Soz
You may want to give your friends a break and not give them something they have to pack and move.

Why not give them a card describing what you are preparing for them to be sent to them when they are settled in their new home? I love your painting idea.

They will appreciate your thoughtfullness.

BBB
0 Replies
1
Reply Thu 7 Aug, 2008 11:11 am
You could just blow up the photo and have it framed. My sister and brother-in-law gave me a very nice gift after my daughter was born. It was a framed, blown-up picture of the two of us just an hour or so after her birth. She is smiling a little in it and it's actually not a terrible picture of me. I think it's probably the best thing they ever gave me.
0 Replies
1
Reply Thu 7 Aug, 2008 11:12 am
Well, that's where the money comes in, too. They have paid packers/ movers and that's not really a concern. (I.e., it's not something they'd have to personally worry about/ deal with.)

I thought about that too, doing a card now and the painting later... might be the best idea. I'd really like to give them the gift at the party though.
0 Replies
1
Reply Thu 7 Aug, 2008 11:17 am
If they have a computer, how about a web cam, headset/microphone and a Skype subscription so the two families can keep in touch with each other without a huge expense? Web cams are less then $20, headset/microphone is less then $40, Skype is free from computer to computer and 2 cents a minute from computer to land line phone. The kids in both families will love it and you'd be able to sign with each other if you have that language in common.

You could include a note about the painting of the house you are working on and send it later when complete.
0 Replies
1
Reply Thu 7 Aug, 2008 11:34 am
Why not a nice photo book of the town you live in?
Something like this perhaps! 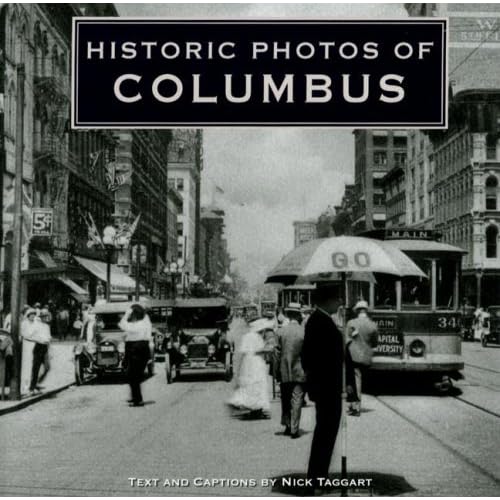 agree with the haste thing tho - paintings take time and heart.... so

how about "paint" a card for the moment - maybe sozlet could help... and what about a "hamper" which will arrive at their new house as they do - just with some goodies in, maybe a bottle of wine or something.
0 Replies
1
Reply Thu 7 Aug, 2008 01:47 pm
i would LOVE a painting of my house when I'm moving... what a sweet idea. i'd say stick with it. don't rush it, they will understand and appreciate it, i'm sure.
0 Replies
1
Reply Thu 7 Aug, 2008 02:58 pm
I was thinking too with them moving, if you give them something, just some more stuff to move. The painting sounds great - would it be possible to send it to them instead? Or give them a gift certificate to a local restaurant where they are moving - good way for them to try a new local place. Maybe you could do a search and then call the restaurant about getting the certificate.

Is there sometime of thing that is a local favorite that can be delivered? Like for instance (depending on how much you want to spend of course), I'd send some lobsters or a clam bake to them in their location. I know around here you can buy a certificate that you give them - they call up a number when they want the clam bake or lobsters and it is delivered overnight.
0 Replies
1
Reply Thu 7 Aug, 2008 03:00 pm
Really nice ideas everyone, thanks!!

They are very tech-savvy and have lots of cool stuff so I imagine they already have webcams -- I need to get myself one finally tho!

I went out and bought nice watercolor paper, watercolors (mine are olllld and not many pure colors are left), and a brush set (again with the olllld, I still have some nice ones but they're weird sizes, had to get some basics to fill in holes). Got the photo (not suitable for gifting itself -- taken with sozlet's cheap digital -- but perfectly OK to work from). I'm going to go ahead and get started and then see what happens.

I do like the idea of some sort of gift hamper when they get settled -- but that could take a long time!

They have family in the area they're moving to so they'll have first-hand advice on restaurants et al (I love that idea if they were moving someplace more unknown tho).

I'll let you know how the painting goes, maybe even scan it if it turns out.
0 Replies
1
Reply Thu 7 Aug, 2008 04:26 pm
If they're moving to a coastal city by any chance, you can always give them your painting with the old man and the sewing machine. It's very good, and who knows, maybe it will make them to reconsider the move.

... seriously though, do you have any existing painting of yours that might work content-wise, and that you feel comfortable parting with for very good friends? I enthusiastically support your general idea to give them one of your paintings. You're a gifted and competent artist; your work will not embarrass them on their wall; it's something they can't buy it with money. A painting you have in store would take the edge off while you paint their house, reducing your risk of screwing up. It would be the perfect plan B, which you could switch to in the last minute.
0 Replies
1
Reply Fri 8 Aug, 2008 12:48 pm
I don't have any dispensable ones left -- I've done just that too often!

The painting, as feared, is going OK but not great. I've been here before with paintings that DID turn out well so I'm going to soldier on a bit more. But glad I started this thread and thanks again for suggestions, may well still come back to one of 'em.
0 Replies
1
Reply Fri 8 Aug, 2008 01:59 pm
Now I'm curious to see Soz's paintings....
0 Replies
1
Reply Mon 11 Aug, 2008 03:22 am
Being in a similar situation (me being the one moving), your question got me thinking.

What would I want for a going-away gift?
Nothing big, nothing expensive, nothing useless.

What I would really like is for everybody to give me a personal everyday object, so than in using it I can think of that person.

I remembered the reason I haven't really seriously painted in a while, which is that I really need a zone, need to be able to focus. And that's profoundly incompatible with motherhood (sigh). So I did a little, a little more, but never got to the point where it was coming together.

I finally gave up at about 3:30 PM on the day of the party (the party was at 6:30 PM!) and started running around like a madwoman. I neglected to mention that we were supposed to bring a baked dessert -- I thought I'd get something at the store if the painting worked, but with no painting I wanted to bring something homemade. So I a) got presents*, b) got cake ingredients, c) baked cake, d) frantically tried to decorate cake as time expired. (I'd planned to frost the carrot cake with cream cheese frosting then decorate on top of that, but the store-bought frosting I got to save time -- usually I make the frosting from scratch -- was all melty and uncooperative on the still-warm cake, and it ended up looking terrible. Didn't add insult to injury by decorating the gloppy mess. Tasted great though! :-D)

*Presents were a few items from local institutions and a nice card with B&W photo of Columbus skyline (could've been from CJ's book) for the grown-ups, and "Encyclopedia of Immaturity" for the kids. (I got that book for sozlet recently and she LOVES it.)

The party was nice, and the presents seemed to have been appreciated. (We were the only ones who brought gifts though! I dunno what was up with that. I guess the desserts were meant to fill that niche? It was a fully catered dinner party though... whatever.) (The party was mostly people who have a lot more money than we do and several things confused me. Still fun though.)

Anyway, all done. I'm not going to try to finish the painting. I love my new art supplies though and sozlet starts school soon... so may be starting some other, more leisurely projects. It was definitely fun to start thinking that way again, I've noticed it spilling over. (Sunshine on trees was bothering me, so I've been Really Looking at trees lately...)
0 Replies
1
Reply Mon 11 Aug, 2008 12:17 pm
One thing that I am happy about is that while it was extremely distracting, sozlet was entranced watching me paint -- she kept gasping and saying "that's so cool!!" and then painted one of the nicest watercolors I've ever seen her do while I was in madwoman cake-baking and present-wrapping mode. So I do like the idea of painting WITH her, too, as long as there isn't a deadline!

We've been sketching together and that was a lot of fun. She's a quick study.
0 Replies
1
Reply Mon 11 Aug, 2008 12:35 pm
Did Sozlet watch you paint before? I'm asking because it wasn't until teenager that I realized my parents actually had a life before they had me, and that during this life they had learned a lot I found interesting, but had no idea they could do.
0 Replies

A good cry on the train - Discussion by Joe Nation
She still loves me but is marrying someone else.:'( - Question by bernsky
My husband doesn't want to get rid of his woman friend - Discussion by sanderml
Wife not trusting, and wants all my passwords - Question by Pvtp
Why is he on this site? Am i over reacting? - Question by Mwonders16
I want to run away. I can't do this anymore. Help? - Question by unknownpersonuser
Please help, should I call CPS?? - Question by butterflyring
stuck in a tough position with this girl and no idea what to do - Question by mhen1111
Should I date a homeless girl? - Question by singlesucks13
I Don't Know What To Do or Think Anymore - Question by RunningInPlace
First time sex, some really quick questions - Question by van1van
Copyright © 2021 MadLab, LLC :: Terms of Service :: Privacy Policy :: Page generated in 0.03 seconds on 05/07/2021 at 02:13:48
▲ ▼