Hear Daisuka Matsuzaka has already headed out to Denver with his interpreter Masa Hoshino to ready up for game III.

Do you believe the money the Red Sox are paying this guy? That will buy him a lot of popcorn and cracker jacks.

Bottom of the 8th and the Red Sox are closing in on a 2-0 series lead.

$200 million for what?
0 Replies
1
Reply Fri 26 Oct, 2007 08:24 am
No doubt Carl Schilling has redeemed himself in the eyes of Theo Epstein to prove (just because there is snow on the roof, the fire ain't out in the engine room) that he can still cut the mustard.

Carl Schilling on the mound, combined with the "Kaibutso from Edo" Daisuke Matusuzaka (who cost the Red Sox 51 million) certainly indicates that the World Series playoffs and are going to pay off for the Red Sox.

Well, what about the illegal aliens in New Mexico?

Are they coming to Boston?

Well, what about the illegal aliens in New Mexico?

The Red Sox have won another world series.
0 Replies
1
Reply Mon 29 Oct, 2007 05:06 am
I predict that the Red Sox will prevail over the Iraquis, Denver has not suffered for its sins as much as Boston.
With that logic Chicago oughta be World Champs for ever
0 Replies
1
Reply Tue 30 Oct, 2007 10:14 am
I knew Boston would take it in 4 games. Have the Rockies ever played the Red Sox before? If I'm not mistaken I think this was their first time meeting each other. I'm glad the Red Sox won because they are from the American League and thats who I root for. Boston fans could have celebrated the teams victory alittle better though. They were flipping over trucks and getting arrested left and right. Heard about that all the way in Los Angeles

yeah, and the last time they played each other was in '04 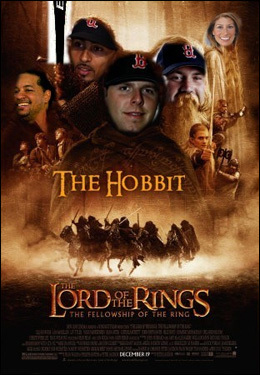 But who put the curse on the Cubs?

Maybe they should pass the hat and start buying up some of the Pacific Rim boys.

If I'm not mistaken I think this was their first time meeting each other.

Colorado took 2 of 3 from them this season in interleague play.

yeah, and the last time they played each other was in '04

No, they played this season.