Great that somebody had the guts to make that decision!!!

well thanks Bohne...but I don't think it takes guts.

just someone who realizes "they" don't know everything, and "they" aren't the ones who run your life.

Someone 18 to 25 years old can carry less weight and still look good.
After a certain age, 40 or 45 plus, people look better at the upper range if they are active.

Well, I do.
After all there is the risk that they lose sponsors/buyers/money!
I bet the first person who made the suggestion wasn't greeted with hurrays!
0 Replies
1
Reply Fri 15 Sep, 2006 06:26 am
Bohne wrote:

Well, I do.
After all there is the risk that they lose sponsors/buyers/money!
I bet the first person who made the suggestion wasn't greeted with hurrays!

Yeah, it might be a rocky road at first, but in the long run there will be much more of the public buying their products.

I'm watching GMA right now....and here's a picture of Robin Roberts. I just love her.
And look how attractive without being scrawny!

I think her figure is absolutely perfect!
However, if she was just the woman on the street, and gained let's say 10 pounds...she'd still be in a healthy range and still be very attractive. 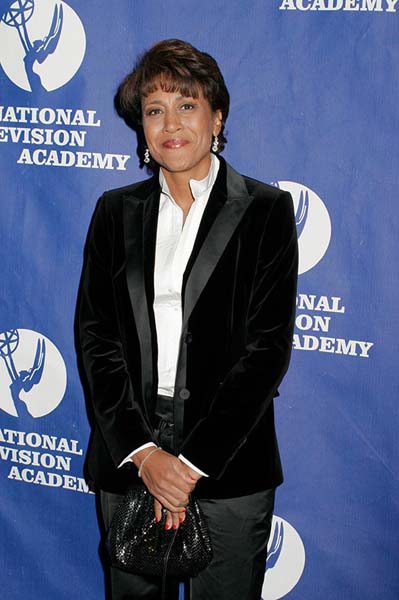 I even think the woman in the swimsuit is very pretty. I totally agree with you!
I believe in 'normal' bodies...

I even think the woman in the swimsuit is very pretty.

You are confusing me with someone else. I didnt say that.
0 Replies
1
Reply Fri 15 Sep, 2006 09:47 am
My apologies, Habibi, it was Chai Tea who made that uncharitable remark.
0 Replies
1
Reply Fri 15 Sep, 2006 10:28 am
I'm trying to remember where there was a picture of a really horrifically thin woman -- a walking skeleton -- who was a runway model. (The picture was taken on a runway, mid-model.) I think Gus posted it. Does anyone remember?

I totally agree that such extreme and unhealthy thinness should have nothing to do with any concept of aspirational beauty.
0 Replies
1
Reply Fri 15 Sep, 2006 05:56 pm
nimh wrote:

You are confusing me with someone else. I didnt say that.

Well, yeah, all that, but -- minimal pregnancy risk!

this is true...but don't you want some cushin' for the pushin'?

You know, all those models in magazines always look so pissed off.

You are confusing me with someone else. I didnt say that.

Oh, you may not have SAID it, but we all know you were thinking it. It was written all over your avatar's faces.

ok, i gotta admit - that woman that Chai said that about, in the picture - I myself, to be honest, wouldnt be attracted to her. She might be the nicest person, but I just wouldnt.. yeah. <shrugs>

Not that I find the starved model whose picture you posted earlier attractive, either.
0 Replies
1
Reply Fri 15 Sep, 2006 07:15 pm
Re: Madrid banned super-thin models; Milan might be next

Going back to your original post...If according to this Ricardo Gay, 80% of models would be too thin for the catwalk, I think it will be absolutely AMAZING how quickly the girls will put on those extra pounds.

Here's a picture of Christian Dior and his models some time in the 1950's.
All at a fine weight, on the slender side.

You know, all this obssession with low weight seems to have started in the 60's, with Twiggy. Truthfully, no one I knew of found her attractive at all....we would make jokes about how skinny she was....Looking back, this was a, what, 15 or 16 year old girl?

This comment is oversimplified, but it's not that far fetched....

Did we become so obsessed with weighing the least amount possible without fainting because of a 16 year old girl, who probably had barely started menstruating?

Who's decision was it to promote this back then? A few people who thought women should look like boys?

I dunno, Dior's models all oook a little underfed to me.

You know, when I looked at those pictures again, there is a little too much collarbone sticking out for my taste.

However, they're better than the Kate Mosses.

cyphercat....YES!!! I've been on a website for bathing for religious mormon women....oh god.

However, I also looked at a suit for appropriate attire for muslim women to wear when playing tennis...going to the beach...most were actually attractive, of course keeping in mind their arms and legs had to be covered.