Obama and his policies have hurt countless Americans, he has gone
full retard if he thinks America will elect him to a second term.


As a respected economist, could you please enlighten the rest of us on the nature of European state-economies?

Wait, wait, no, that's not what I meant. Let's try again.

As the last remaining australopithecine, do you flee the room when you see a lion on the National Geographic channel?
1 Reply
Below viewing threshold (view)
-8
Thu 6 Oct, 2011 03:17 pm
@Gargamel,
Total enlightenment is what you seek.

It may be worse than that. Wait until the American public discovers we are bailing out the EURO through the IMF.

Many of hundreds of billions dollars went to foreign firms though QE programs and bailouts of firms such as AIG, so far the citizens have not rebelled. I guess that the powers that be figure that so long as they can get away with sending taxpayer backed money's overseas that there is no reason to stop.
1 Reply
-1
Thu 6 Oct, 2011 08:02 pm
@hawkeye10,
It's one thing to bail out a national company like AIG or GM: quite another to do that for a foreign currency that is the victim of the profligacy of government managed economies and demographically unsustainable entitlements. The consequence will be the ultimate depreciation of the dollar and an effective tax on all American savers.
2 Replies
1
Thu 6 Oct, 2011 08:07 pm
@georgeob1,
Quote:

It's one thing to bail out a national company like AIG

Of the money that went to AIG something like $200 billion went to foreign firms to pay them in full for their contracts, when they probably should have suffered at least a haircut. The American people were never informed that this is what was going to be done with the AIG bailout money, and I have a big problem both with the lack of transparency and what was in effect the socialization of losses.

EDIT: the bailouts and the propping up of the banks was in effect the US government paying restitution moneys to the global governments and trading partners. Maybe this was a good idea, but the American taxpayer paid the bills and this is a ******* democracy, or is supposed to be......this should never have been done behind the backs of the American people by way of lies of omission.
1 Reply
1
Thu 6 Oct, 2011 11:30 pm
@hawkeye10,
Hawk. the AIG bailout was Bushes baby. Gm was Obamas.
1 Reply
1
Fri 7 Oct, 2011 02:05 pm
@RABEL222,
It was disclosed today that Obama will be coming to Charlottesville - again - on a 3 day swing through Virginia between Oct 17-19
0 Replies
0
Sat 8 Oct, 2011 03:43 am
@georgeob1,
Looks like it doesn't matter who's in the white house; they are all guilty of using US taxpayer money to save wall street - over and over and over...

When it comes to saving the American middle class; forget it! How many middle class families have lost their jobs and homes? Let me count the ways.
1 Reply
-2
Sat 8 Oct, 2011 04:39 am
@cicerone imposter,
Oh--how some pips can squeak!

1.) Understood cause and effect -- they're no where near ready for econ 101 but that is another story 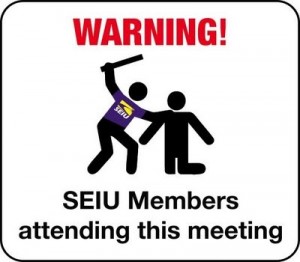 In March, you said Obama didn't act quickly enough and with enough force.

Then when Obama acted, you (and Dennis Kucinich) said Obama acted too hastily, acted unconstitutionally and needed to be impeached.

Pobrecitos. You can't handle the fact that **** gets done nowadays. In 6 months, Libya went from status quo to Gaddafi dead, something at which Saint Ronny tried and failed. Osama bin Laden is dead, something Dubya couldn't do in 8 years. Now, with US and NATO assistance, the Libyan government has changed hands and Gaddafi is dead.

Just face it, Repubs, you suck at anything other than lowering taxes for yourselves and bankrupting the United States. Maybe it's time for you to sit the **** down, shut the **** up, and let the adults handle things.

On a less Americentric note...congratulations to the Libyan people for taking a major step to closing a painful chapter of their history. I hope they thrive and achieve lasting stability in the absence of that paranoid, egotistical despot.