And that's not just an fictional picture. It was based on an actual photograph of the body of Mayhem's guitarist Dead (ironic name huh?) after he committed suicide with a shotgun. The photograph was taken by the singer Euronymous after which he ate the brain of Dead and made a necklace of his skull fragments. Euronymous was later killed by bassist Varg Vikernes who went to prison and is still in prison until he will be released later this year. Varg still makes albums in prison under the band name "Burzum" but its weird atmospheric dark moody stuff. Good stuff.
0 Replies
1
Reply Sun 11 Sep, 2005 01:42 pm
so I guess they cut the album before Dead did the cover? no?
0 Replies
1
Reply Sun 11 Sep, 2005 01:51 pm
That would be my guess. They could have always just have someone else do the guitars int he studio. Pretty fucked up though. And when Mayhem wasn't making black metal albums they were burning historic 500 year old churches in Norway lol.
0 Replies
1
Reply Sun 11 Sep, 2005 01:56 pm
My God, EL-Diablo( excuse the hashed metaphor) 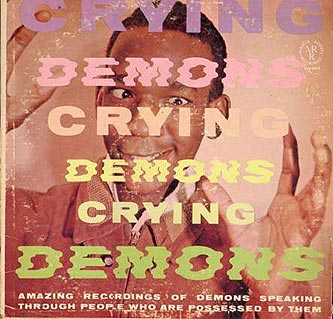