What was the leading cause of death for law enforcement last year?

That could really only be said for older and/or fatter folks. Young healthy people getting covid isn't very threatening at all.

I'm middle aged and apparently my odds of dying (if unvaccinated) are around 1 in 200, but even if I were young enough that my odds were 1 in 5000 I'd not be eager to face those odds.

My only complaint about natural immunity is that you have to play Russian roulette in order to acquire it.

I'm sure you would take a proactive approach should you become infected, as opposed to all of the people in the beginning who took tony's advice and isolated themselves . . . which is diametrically opposed to being proactive.
1 Reply
-1
Reply Sat 30 Oct, 2021 04:31 am
@Glennn,
Yes, but I am also proactively trying to avoid infection in the first place.
1 Reply
2
Reply Sat 30 Oct, 2021 02:19 pm
Central Pa. police officers fired for turning in fake COVID-19 vaccination cards

Two Lancaster City police officers lost their jobs this week after authorities discovered they’d submitted fake coronavirus vaccination cards, according to news reports. Officers Heather Schaeffer and Benjamin Lapp violated the city’s COVID-19 reporting policy when they turned in the cards, therefore lying about being vaccinated, according to a LancasterOnline review of the termination letters.

Jess King, chief of staff to Mayor Danene Sorace, reportedly told the news outlet earlier this year that employees are strongly encouraged but not required to get vaccinated. Schaeffer got a blank vaccination card from her cousin, who is in the military and involved with vaccination efforts, according to LancasterOnline. Schaeffer then made a copy of the blank card and sold it to Lapp for $20, the website reported.

Capt. Richard Mendez caught onto the scheme because Schaeffer and Lapp were openly talking about it at work, LancasterOnline said. Schaeffer reportedly had other blank vaccination cards that she might have been selling. On Friday the Lancaster Bureau of Police said Schaeffer and Lapp were fired for “violating required standards of conduct, for conduct unbecoming an officer and for conduct suggesting they are unfit for service as police officers.” No additional information was provided.

The Lancaster County District Attorney’s Office opened a criminal investigation on Sept. 29, according to LancasterOnline. District Attorney Heather Adams declined to comment to the news outlet.
Schaeffer was sworn in in March 2017 and was making $72,349 at the time she was fired, LancasterOnline said. The news outlet said
Lapp was hired in August 2016 and making $79,622 upon termination.

Only a few a dozen NYPD members were placed on unpaid leave Monday after refusing to get the COVID-19 vaccine — but thousands of unvaccinated employees remain on the job with pending exemption requests, the city’s top cop said.

Police Commissioner Dermot Shea said 34 cops and 40 civilian members of the force — which account for fewer than .15 percent of NYPD employees — did not comply with Mayor Bill de Blasio’s mandate requiring most city workers to get their first jab by Monday.

“That’s very fluid. That could go up as the day goes on,” said Shea, referring to NYPD members forced on unpaid leave, while adding that applications for medical or religious exemptions are still pending.

“It could also go down and people get their vaccinations,” he added at the mayor’s daily press conference.

A member of the NYPD receives a dose of the Moderna COVID-19 vaccine at Queens Police Academy.
REUTERS

“I just remind people that we are what we are forgetting is the reasonable accommodation component, ” the top cop continued. “And then we expect that as those cases are reviewed, and people are either granted or denied, certainly in the case of denied people, people will choose to get the vaccine.”

The NYPD’s current vaccination rate was 85 percent Monday morning, which reflects a nearly 15-point jump from the start of last week, leaving just under 8,000 uniformed and civilian members without the jab.

Police sources told The Post roughly 6,500 of those employees put in requests to be exempt from the COVID vaccine on the urging of police unions as they attempt to fight the mandate in court. They are allowed to work as those applications are reviewed.

But sources added the NYPD’s Equal Employment Opportunity Division, which will review the applications, is expected to shoot down any religious exemption requests from cops who have nothing on file previously, such as requesting special accommodations for religious holidays.

Shea has put that figure in the “thousands,” but the NYPD has refused to give an exact number.


Those applications are expected to take a few weeks for the EEOD to review on a rolling basis, sources said.

One source mocked the religious reasoning on some cops’ applications.

“All these guys are now giving passages from the Bible, it’s bulls–t,” the source grumbled. “We have one female who has lupus. Now that’s different. Lupus and the shot don’t mix.”

Unions are pissed. The Firefighters union is staging a sick out (people who are vaccinated are calling in sick out of solidarity with their suspended union brothers.

There are police and sanitation worker shortages now, with forced overtime and double shifts.

There has to be a better way to do this rather than busting the unions.

What a mess in New York.

Unions are pissed. The Firefighters union is staging a sick out (people who are vaccinated are calling in sick out of solidarity with their suspended union brothers.

There are police and sanitation worker shortages now, with forced overtime and double shifts.

There has to be a better way to do this rather than busting the unions.

Bust the union or allow them to help spread a deadly disease. Some time you need to bust a union when it threaten public order at least.

PATCO workers' refusal to return to work, the Reagan administration fired the 11,345 striking air traffic controllers who had ignored the order, and banned them from federal service for life.

Reagan's move to bust the PATCO union changed the labor movement forever, and the union movement in the US has never been the same since.

I suppose that this current issue... ramrodding vaccine mandates over the objection of labor and firing anyone who doesn't comply... is a result of Reagan's decision to fire the air traffic controllers.

Yes, but I am also proactively trying to avoid infection in the first place.

You know, they say that the flu all but disappeared this past season because of all the masking and social distancing. It therefore follows that if we were truly virtuous people, we would wear the mask and social-distance all the time because it saves a whopping 30,000+ innocent lives every year.
1 Reply
-3
Reply Mon 1 Nov, 2021 09:47 pm
So, where's the virtue?

The Corps will kick out every Marine who refuses the COVID-19 vaccine and fails to receive an approved exemption by the Nov. 28 deadline, a new administrative message said.

Barring an approved administrative, medical or religious accommodation, or a pending appeal, Marines who fail to meet the deadline will be processed for administrative separation, the MARADMIN said. General court-martial convening authorities will “retain authority to take any additional adverse administrative or disciplinary action” deemed appropriate.

A Marine is considered to have “refused the vaccine” when they do not have approved administrative, medical or religious accommodation, or a pending appeal, and they “received and willfully disobeyed a lawful order from a superior commissioned officer to be vaccinated against COVID-19;” the MARADMIN said.

The Marine Corps had not approved any religious exemptions to the COVID-19 vaccine as of Thursday, said Capt. Andrew Wood, a Marine Corps spokesman.
0 Replies
-1
Reply Tue 2 Nov, 2021 09:07 am
@oralloy,
Quote:

I always get a flu shot after Thanksgiving.

But if everyone would just wear a mask, we could save 30,000+ lives every year. What life is not worth saving by wearing a simple mask.

I refused because I wait until after Thanksgiving for my flu shots, but they were fine with doing it.
0 Replies
0
Reply Wed 3 Nov, 2021 06:36 pm
@Glennn,
Glennn wrote:

Probably because we are used to those deaths. Our society has no memory of life without the flu. 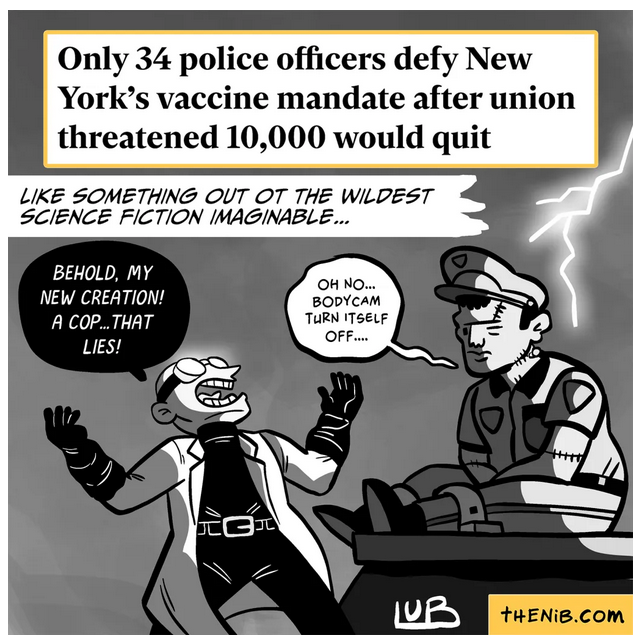