Ed Asner, the burly character actor who won seven Emmy Awards — five of them for playing
the same character, the gruff but lovable newsman Lou Grant, introduced on “The Mary Tyler
Moore Show” — and later starred in film hits like “Up” and “Elf” — died on Sunday at his home
in Tarzana, Calif. He was 91.

His death was confirmed by his family via Twitter. No cause was specified... 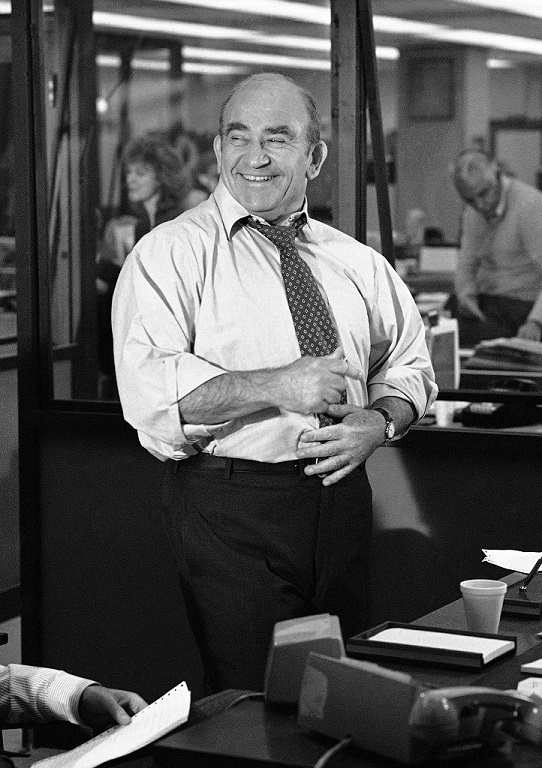 Michael Moore
·
When I was making my first film, Roger & Me, I was broke, so I wrote to some famous people to ask for help. Only one responded: Ed Asner.
“I don’t know you, kid, but here’s 500 bucks,” said the note attached to the check. “Sounds like it’ll be a great film. I was an autoworker once.”
He also eventually became a union president (SAG), the star of one of the best TV dramas ever (“The Lou Grant Show”) and one of the best animated films of all time (“Up”). He always showed up, supporting progressive/left movements across the country. He took on Reagan and fought against American support of Latin American dictators. Kimberly-Clark (Kleenex) and Vidal Sassoon, sponsors of his CBS drama, told the network that if they couldn’t get Ed to end his political activism, they’d pull their ads from his “Lou Grant” show. CBS told Ed to tamp it down. He wouldn’t, so the sponsors pulled their ads and the award-winning Lou Grant came to an end. He once told me, “Look, it’s never been easy in this country to speak out against the status quo. I’m not going to stop now.” He never did and I loved him for it. It still isn’t easy, Ed, and we will miss you. You once told Mary Tyler Moore on her show, “Mary, you’ve got spunk. I HATE spunk.” Hahaha. The funniest thing about that line was that you were nothing BUT spunk!
R.I.P. Ed Asner.
Solidarity forever.
1 Reply
2
Reply Sun 29 Aug, 2021 03:15 pm
@Region Philbis,
really liked his characters, loved his voice-over inUP.