She was a multiple Emmy winner and an Oscar winner for The Last Picture Show. One thing the Variety article does not mention is her turn as Billy Mumy's terrified mother in the Twilight Zone episode, It's a Good Life. She and Mumy reprised their roles in a newer (not the most recent) incarnation of the Twilight Zone. 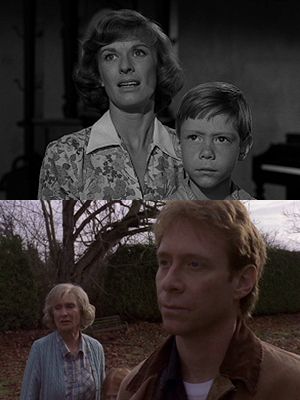 From the article, "The daffy, self-absorbed Phyllis, a character she claimed was close to her own persona, brought the actress two Emmys as a featured actress in a series during the mid-’70s and made Leachman a household name."
Type: Discussion • Score: 2 • Views: 2,068 • Replies: 3
3
Reply Wed 27 Jan, 2021 09:14 pm
@jespah,
With the passing of Nurse Diesel, I take it being tardy at dinner will no longer keep one from getting the fruit cup.
youtube

I loved her in Bad Santa