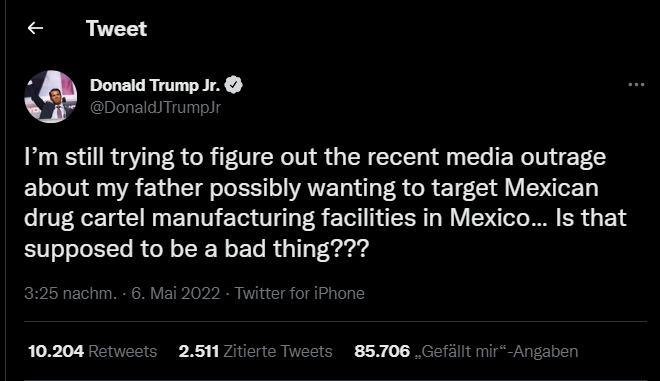 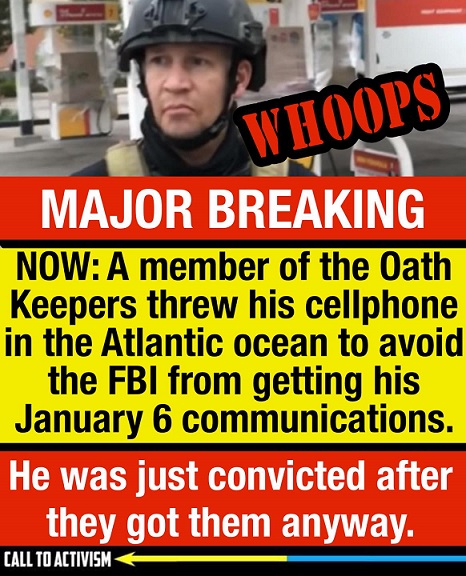 Former Secretary of Defense Mark Esper agreed with an interviewer that President Trump posed “a threat to democracy.” Other former administration officials have expressed similar concerns.

In his new book “A Sacred Oath,” released earlier this week, Mark T. Esper, the former defense secretary, revealed that President Donald J. Trump in 2020 had floated the idea of launching missiles into Mexico to “destroy the drug labs” and asked why the military could not “just shoot” racial justice protesters in Washington in the legs.

Mr. Esper also described his concerns that Mr. Trump might misuse the military during the 2020 election, for example by asking soldiers to seize ballot boxes.

On Monday, when a Fox News host asked if he thought President Trump “was a threat to democracy,” Mr. Esper was blunt.

“I think that given the events of Jan. 6, given how he has undermined the election results, he incited people to come to D.C., stirred them up that morning and failed to call them off, to me that threatens our democracy,” he said.

Mr. Esper replied: “What else can you conclude, Bret?”

That comment, from a man who has also served as secretary of the Army and chief of staff of the conservative Heritage Foundation, was seen by some as a startlingly direct condemnation. But Mr. Esper was not the first former Trump administration official to go beyond criticisms of President Trump’s temperament or specific policies to say he posed a threat to American democracy itself.

Here is a compilation of comments by Mr. Esper and other former officials, made during and after President Trump’s term in office.

“It was a very troubling event. The moment, it was an insurrection, an attempt to overturn a free and fair election and to prevent the peaceful transfer of power. And it [sic] was right to be impeached.”

“Everybody’s showing their fealty to them, he’s on his revenge tour to people who dared to vote for impeachment. I want to just warn people, once he takes office, if he were to win, he doesn’t have to worry about re-election anymore, he will be about revenge, he will probably have some pretty draconian policies.”

— Interview on “Good Morning America,” Oct. 4, 2021, in which she also said she would urge Mr. Trump “not to run” in 2024
Read more from our Democracy Challenged coverage.
MILES TAYLOR, chief of staff, Department of Homeland Security (February 2019-September 2019) and author of the anonymously published book “A Warning”

“I’m still astounded by the countless Trump officials who privately agreed with me that he was a threat to democracy yet *still* remain silent. Why?”

“What happened on Capitol Hill yesterday is a direct result of his poisoning the minds of people with the lies and the frauds.”

— Interview with Chuck Todd on “Meet the Press,” Sept. 27, 2020, commenting on President Trump’s refusal to commit to a peaceful transfer of power if he lost the election
JOHN R. BOLTON, former national security adviser (April 2018-Sept. 2019)

“The concern I have, speaking as a conservative Republican, is that once the election is over, if the president wins, the political constraint is gone. And because he has no philosophical grounding, there’s no telling what will happen in a second term.”

“When I joined the military, some 50 years ago, I swore an oath to support and defend the Constitution. Never did I dream that troops taking that same oath would be ordered under any circumstance to violate the constitutional rights of their fellow citizens — much less to provide a bizarre photo op for the elected commander in chief, with military leadership standing alongside.”

“We know that we are better than the abuse of executive authority that we witnessed in Lafayette Square. We must reject and hold accountable those in office who would make a mockery of our Constitution.”

“If our leaders seek to conceal the truth, or we as people become accepting of alternative realities that are no longer grounded in facts, then we as American citizens are on a pathway to relinquishing our freedom.”

“If we do not as Americans confront the crisis of ethics and integrity in our society and among our leaders in both the public and private sector — and regrettably at times even the nonprofit sector — then American democracy as we know it is entering its twilight years.”

Jennifer Schuessler is a culture reporter covering intellectual life and the world of ideas. She is based in New York. @jennyschuessler
0 Replies
4
Reply Wed 18 May, 2022 08:48 pm
Fiona Hill says Putin got 'frustrated many times' with Trump because the Russian leader 'had to keep explaining things' to him

"He had to keep explaining things, and Putin doesn't like to do that," Hill said.

Hill said this factored into Putin's decision to invade Ukraine during the Biden administration.

Russian President Vladimir Putin often became frustrated with President Donald Trump over his lack of knowledge on geopolitical issues, Fiona Hill said, adding that this played into Moscow's decision on the timing of Russia's invasion of Ukraine.

One of the reasons Putin invaded Ukraine with President Joe Biden in the White House was that he expected the US to "sue for peace" and thought it would be better to deal with Biden than trying to negotiate with someone like Trump, whom the Russian leader had "to explain everything to all the time," Hill, who served as the top Russia advisor on the National Security Council under Trump, said Tuesday at a Chicago Council on Global Affairs event.

"He thought that somebody like Biden — who's a transatlanticist, who knows all about NATO, who actually knows where Ukraine is, and actually knows something about the history, and is very steeped in international affairs — would be the right person to engage with," Hill said.

"You could see that he got frustrated many times with President Trump because he had to keep explaining things, and Putin doesn't like to do that," Hill said, adding: "Even though he loves to be able to spin his own version of events, he wants to have predictability in the person that he's engaging with."

A number of Trump's former advisors have said the ex-president had a poor grasp of global affairs. The former national security advisor John Bolton, for example, said Trump once asked whether Finland was part of Russia.

Similarly, Trump's former White House chief of staff Gen. John Kelly also once said Trump "doesn't know any history at all, even some of the basics on the US," says Hill's new book, "There Is Nothing for You Here: Finding Opportunity in the Twenty-First Century," which was published last year.

In the book, Hill writes that Trump's meager comprehension of international affairs was a "major liability" for US national security.

"Whenever he got to meetings and the conversation started, it seemed like the first time he was hearing things from world leaders," she writes.

Trump did not immediately respond to Insider's request for comment.

Must be even more tricky with creepy Joe.
He doesn't even know what day of the week it is. 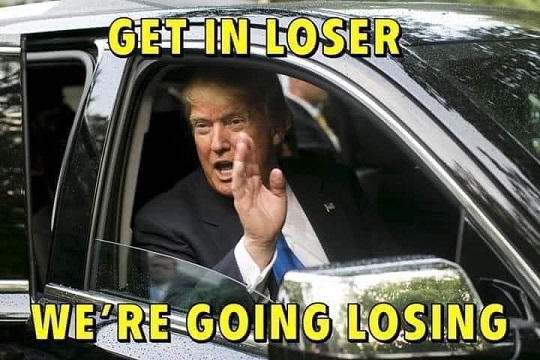 We elected him because nobody wants the white-witch Narnia in office. She had her time back in 1990's.

Flat Earth, losing a battle with the English Language and worshipping David Icke.

He doesn't even know what day of the week it is.

For all you knuckleheads on Fox who say that Biden can’t put two sentences together, here’s a news flash: He just put NATO together, Europe together and the whole Western alliance together — stretching from Canada up to Finland and all the way to Japan — to help Ukraine protect its fledgling democracy from Vladimir Putin’s fascist assault.

It’s always baseless, and often someone has already debunked either his exact claim or a version of it. But rarely is it as dubious as the latest iteration.

In an email from his political action committee on Tuesday, Trump promoted an analysis that suggested former senator David Perdue’s loss in the Georgia governor’s primary, by 74 percent to 22 percent, somehow was the result of voter fraud.

Among the claims made in the piece the former president sought to promote:

⚫ It’s inexplicable Trump’s candidates lost so much in Georgia, because his endorsement has been so successful elsewhere. This ignores that his endorsement has failed plenty, including in high-profile races in Idaho, Nebraska and North Carolina. The vast majority of Trump’s endorsees win, but that’s because most of them face only token opposition; when it’s actually a competitive race, he’s much closer to 50-50.

⚫ “Nobody in any election in America gets 74% of the votes. Ever. It doesn’t happen.” It does indeed. In fact, a 2009 study found that only around 1 in 10 Senate incumbents took less than 75 percent of the vote in their primaries. Many faced token or no opposition, but it does happen — very regularly. Trump also got at least 74 percent of the vote in nearly 1,100 counties in the 2020 general election. Combined, they accounted for more than 8 million of the votes he received, about 11 percent of his vote total.

⚫ Trump’s endorsed candidate for insurance commissioner somehow “got the same percentage of votes in 122 out of 159 counties in Georgia.” If true, that would be suspicious! It is not true.


[...]
By 2021, all eyes turned to the California recall, where Trump ally Larry Elder appeared to have a fighting chance against Gov. Gavin Newsom (D). Even before Election Day, Elder’s website blamed voter fraud for Newsom being “reinstated” as governor, and Trump claimed the election was being “totally rigged.” But when Elder lost by a huge margin — 62-38 percent — they largely backed off the claim.

An even larger margin in the Georgia governor’s was apparently not enough to exempt it from this treatment. And that treatment comes two weeks after Trump urged his preferred candidate, celebrity physician Mehmet Oz, to declare victory in a very tight race before many votes were even counted. Trump argued that doing so would somehow prevent the election from being stolen.

Oz did not heed that advice, but he did not publicly reject the argument from his benefactor. And that’s how the GOP has generally handled these things: They won’t completely echo Trump, but they’ll either treat him like he’s just some guy spouting off on the Internet or offer a watered-down version to make it sound like they’re on the same page.

As an anonymous White House official infamously said a week after the 2020 election, “What is the downside for humoring him for this little bit of time?” The biggest downside was soon revealed to be the Jan. 6 insurrection. But the party hasn’t stopped humoring him. And apparently that means he’ll cry foul even after elections in which his side is defeated more than 3-to-1.