Forums: Tv, Television, Star Trek, Enterprise Captain, Star Trek Captain
Email this Topic • Print this Page
Reply Thu 6 Aug, 2020 03:58 pm
You just graduated Starfleet Academy at the top of your class. You have your choice of ship assignments. Which of the following Star Trek captains would you rather serve under?

Am I missing any major Star Fleet captains? What show or episode is it on? Are there any images online I can use to upload to the respective series IMDb page?

I don’t know about graduating from Starfleet, but Shatner is the one I’d most like to have a beer with.
0 Replies
0
Reply Thu 6 Aug, 2020 08:19 pm
Do the books count? If they do you're missing Mackenzie Calhoun.

He's never been in TV or movies though. So if your list is limited to those sources, nevermind.


He's a tad on the aggressive side given his pre-Starfleet career as a guerrilla leader who drove a ruthless enemy from his planet after generations of occupation. But he's a tactical genius in battle (again due to his previous career).

https://able2know.org/topic/545942-1#post-6969152
1 Reply
1
Reply Thu 6 Aug, 2020 09:56 pm
@oralloy,
ACtually, or me it was never really based on the captain, it was whn the ENterpreise no longer looked like a cheap lampshade an dint fly in these annoying arcs on the screen.
Shatner was funny with his overacting but his was where the new Enterprise was introduced and THAT was one of the best introductory scenes to a space bus theyve ever had in a movie.
I suppose my fav captain was Picard. I like his use of the naval phrase, "make it so" I was once on the bridge of one of the Glomars overlooking a sonar map and the captain said that and I wanted to do my best Spock.
Walter, did the German Navy use the same phrase? (Tun Sie das?) Or was that from the ENglish Navy?

He had high expectations of his crew to do their best, not have excuses for **** ups and allowed your time off to be yours.

Archer was too busy skipping through time to be effective
Pike became a cripple after serving a few good years. Was a decent man, but not enough experience to leave a good impression. He wrecked a lot of boats.
Lorca was a crazy man. I'd like to finish my career in Starfleet
Georgiou seemed to be a bit of a bitch. Plus, who wants a female captain as first captain?
Old Kirk was busy grabbing them by the Pussy (That's just for you Izzy)
Spock would have been a good Captain I think. There would not be any emotional breakdowns.
Sulu might also have been good, but I am not familiar enough with his full record to be able to judge.
Scotty... did he command a full Starfleet vessel or just a party barge?I got to meet him once at a con. Seemed like a generous and kind man.
April... No idea about his record, had a familiar voice though.
Young Kirk... Volitile, self sacrificial, lost too many boats which he continued doing later in life...
Riker? No. He is a second commander looking for a captain. He does not make good decisions.
Jellico? Seriously? No.
Garrett... Probably not.
Sisko had too much **** going on with the prophets to have time for his crew
Janeway? Gets lost too easily.
Freeman? No idea.

(Star Trek: Deep Space Nine)
0 Replies
1
Reply Mon 10 Aug, 2020 09:50 pm
This is what I find interesting about Star Trek. The federation is composed of numerous planets, perhaps a hundred, with all them having different cultures, needs, and interests, but there has never been any conflict between any of the member planets and the central government. Or any conflict between the member planets that would require Star fleet to mediate. And being the organization is a federation and not a confederation, there would be federal laws that would apply to all federation citizens. Can you imagine if the Klingons were in the federation and the council passed a law banning personal combat? How well would that go over with the Klingons?
0 Replies
3
Reply Wed 12 Aug, 2020 08:38 pm
My poll officially went live yesterday.
Poll: Star Trek Captains: To Boldly Serve
1 Reply
4
Reply Fri 4 Sep, 2020 06:48 am
@tsarstepan,
tsarstepan wrote: 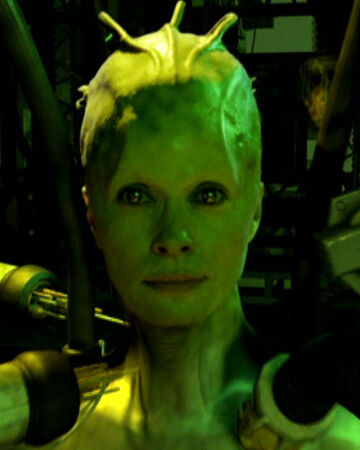 1 Reply
2
Reply Fri 4 Sep, 2020 10:39 am
@maxdancona,
I suspect in one universe of the multiverse*, the Borg Queen upped and joined Starfleet. But in this case? She won't make an option in my poll.

I suspect in one universe of the multiverse, the Borg Queen upped and joined Starfleet. But in this case? She won't make an option in my poll.


I think you have that backwards.... It would be Starfleet that would join the Borg.

Resistance is Futile....
1 Reply
2
Reply Fri 4 Sep, 2020 10:42 am
@maxdancona,
Then it wouldn't be Star Fleet. Immediately disqualifying everyone. That still would a demotion for her as she's likely higher than an admiral in the Borg empire.
0 Replies
1
Reply Tue 1 Dec, 2020 08:16 pm
Though, she technically wasn't a captain Commander Burnham is easily the worst officer in Star Fleet history. That just needed to be said.

And as a fictional protagonist? She's a bloody deus ex machina with so many expertises that conveniently come out of nowhere to help her literally be the only major character in Discovery to solve (almost) EVERY major crisis in the series? Even TOS placed less of the story-driven burden of Captain Kirk's shoulders narrative-wise than Burnham. That's a Delta Quadrant sized claim if I do say so myself.