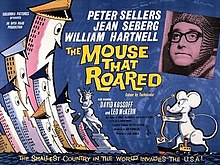 Colbert asked the audience to come up with some nicknames... and they delivered! 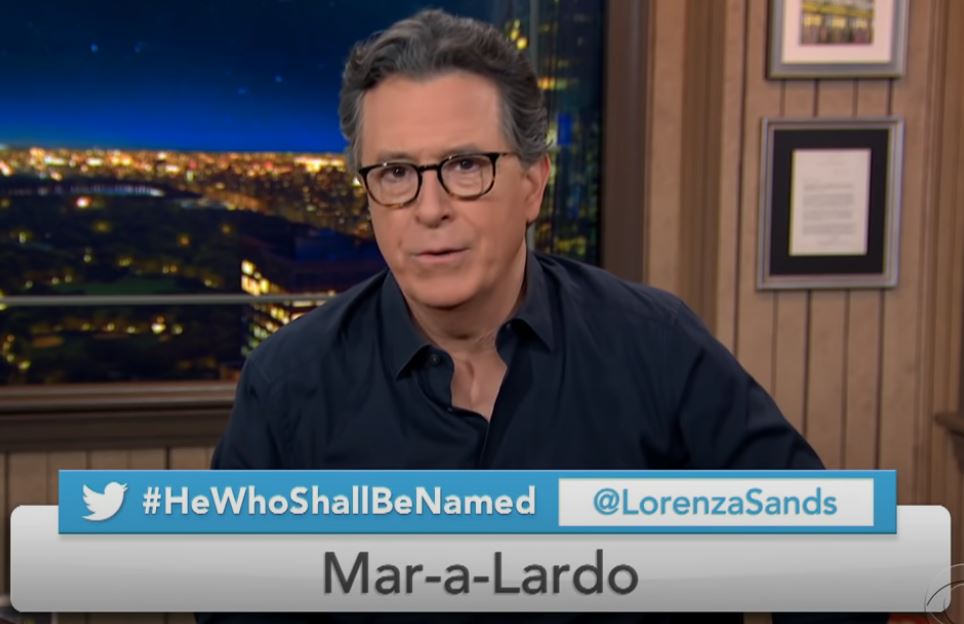 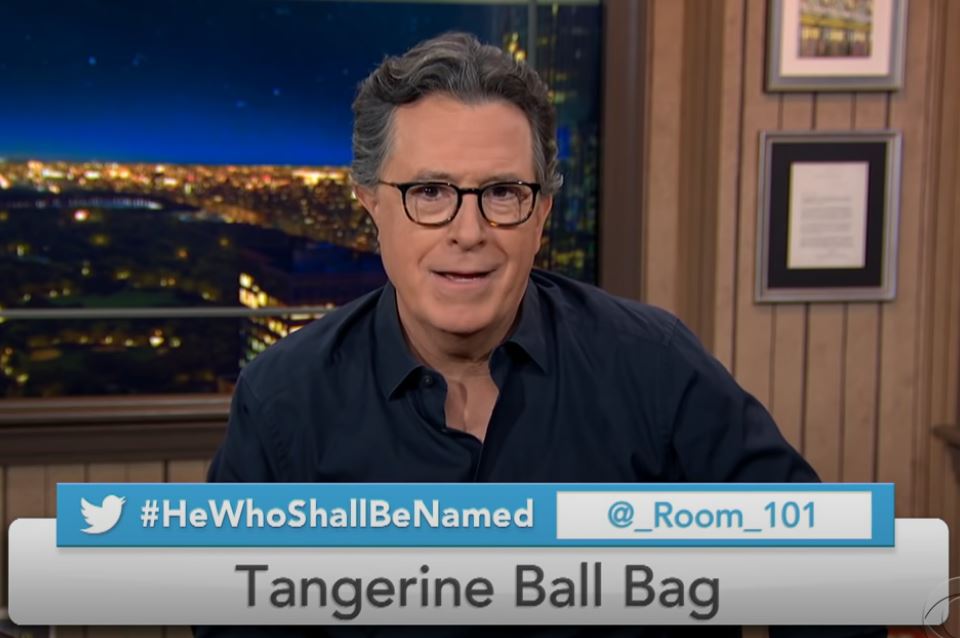 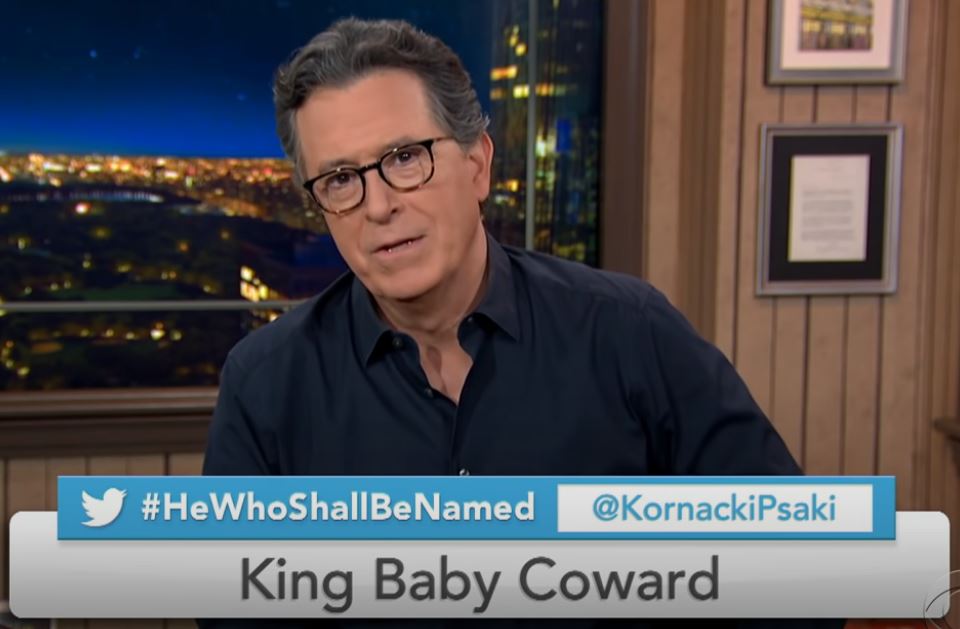 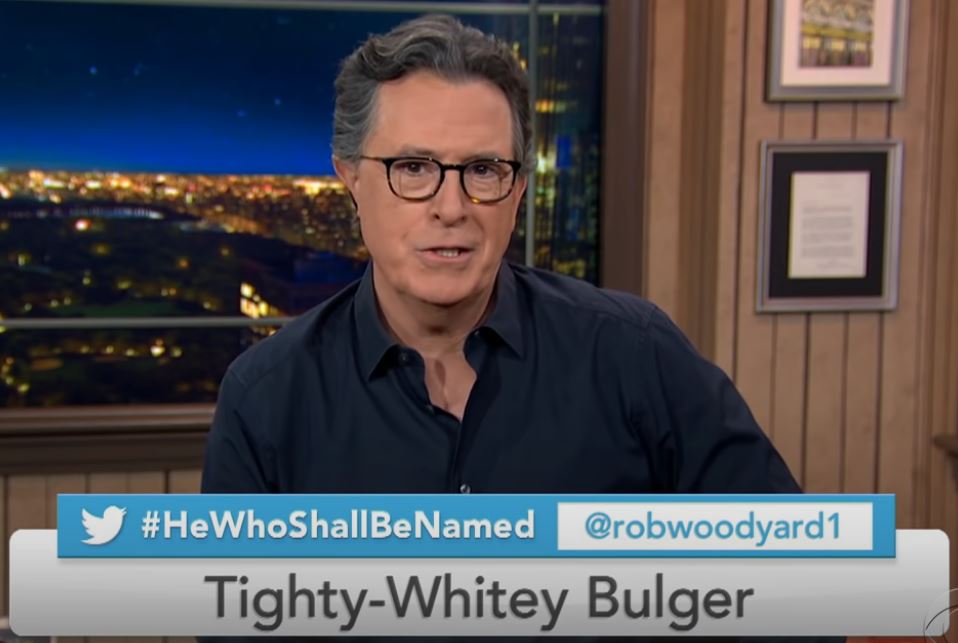 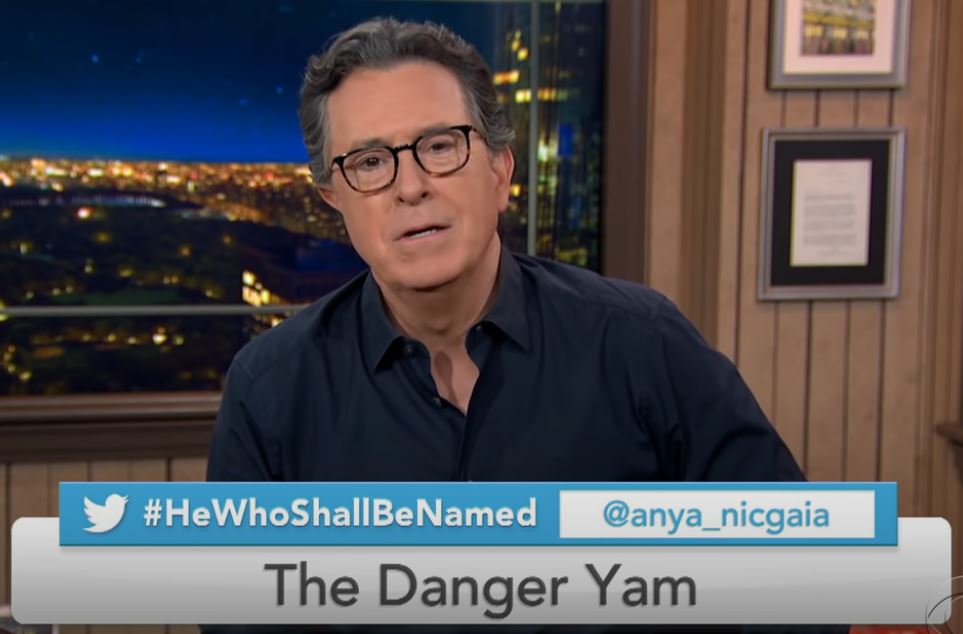 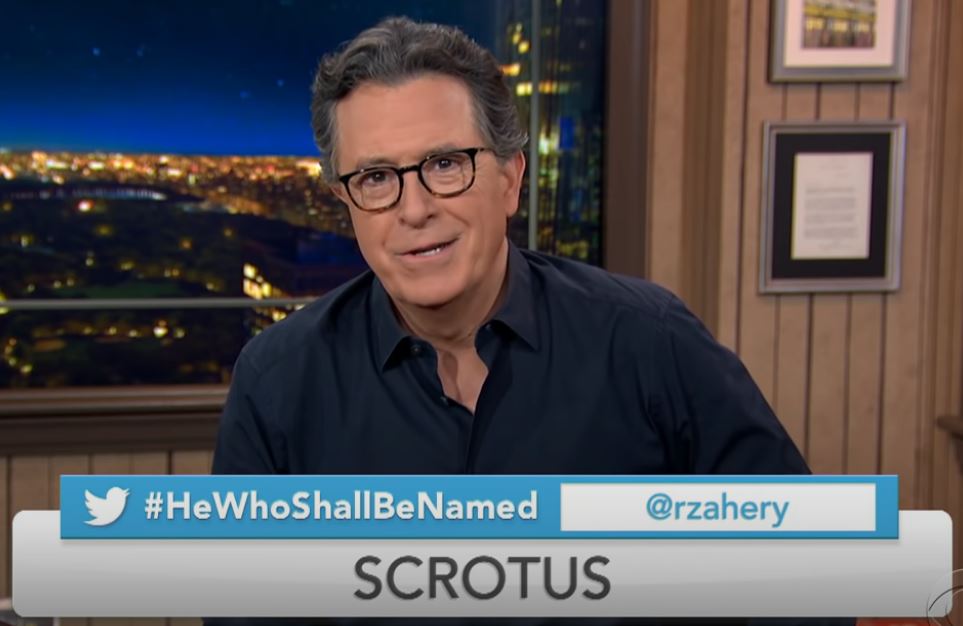 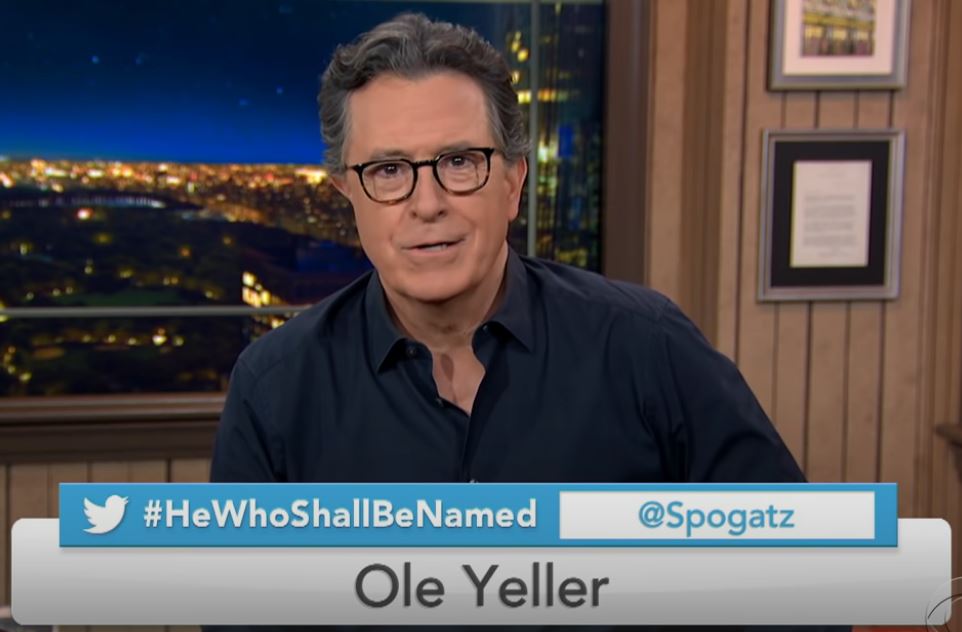 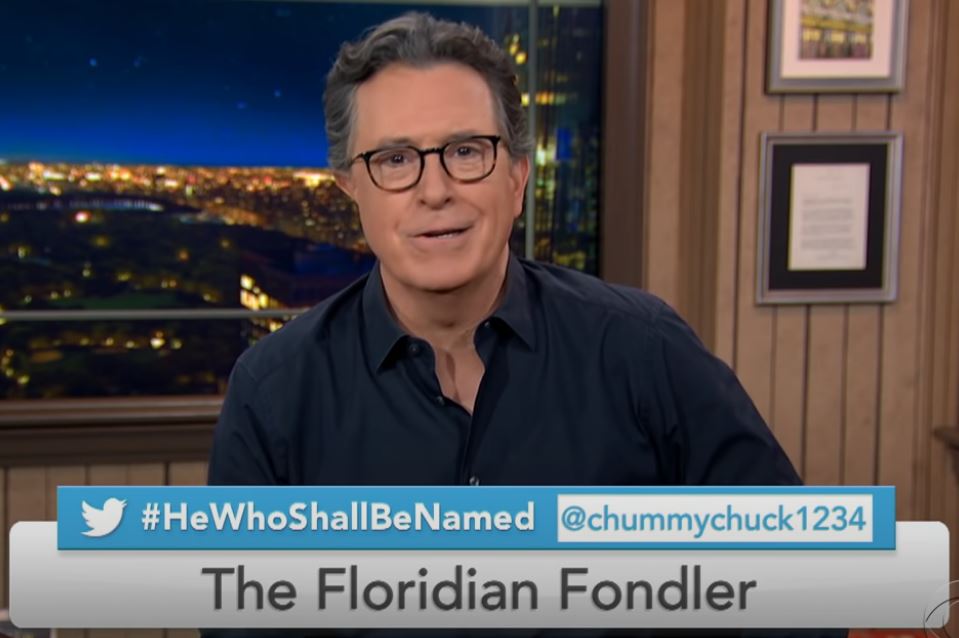 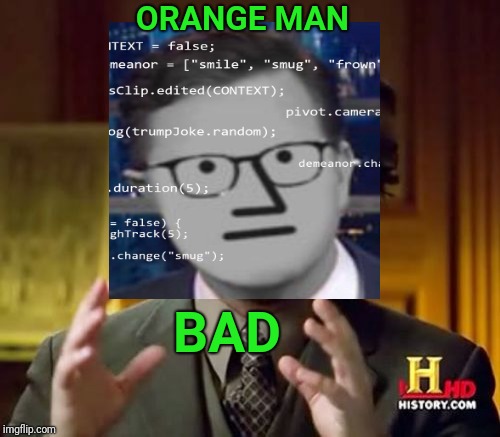 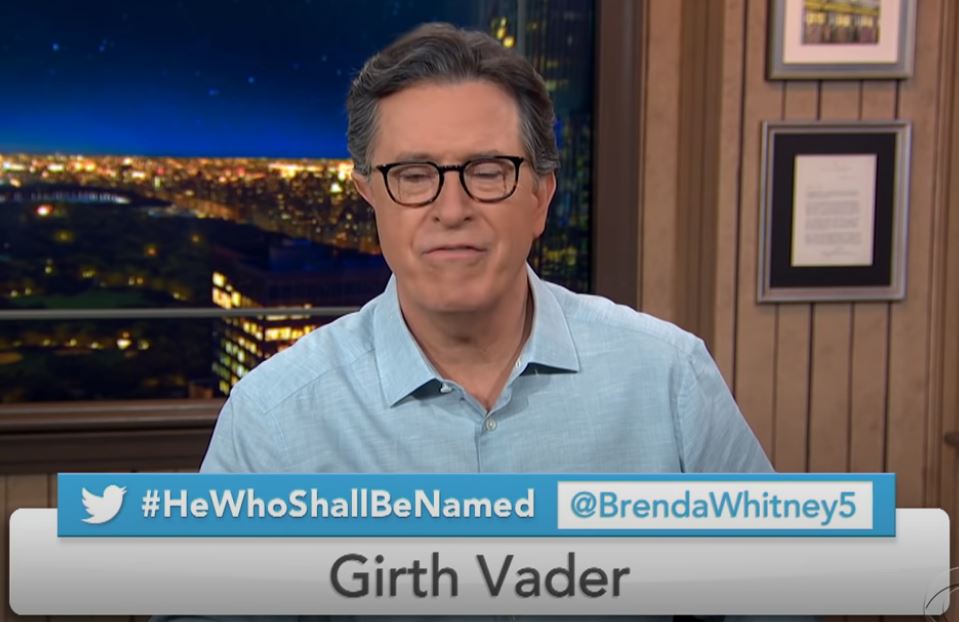 2 Replies
-4
Reply Sat 17 Apr, 2021 01:23 pm
@Region Philbis,
Rather than continuing to bring him up let's forget this worthless piece of shyt.
0 Replies
4
Reply Wed 21 Apr, 2021 07:30 am
@Real Music,
Get with the program. As of the very first post, we are alread in 2020. In 2020, Trump was supposedly voted out of office, yet for some reason the new guy needs armed guards. (This is usually a red flag that you yourself don't trust the results, and don't trust people to respect them. This is called illegitimate office) So let's go back to this. This guy is now our president elect. He sits in office pretending to run things, constantly watching his back either for Kamala to create an accident or for his presidency to be challenged.

The point is, he's in the White House now. So... why are you trying to think up nicknames for Trump? Here's one. Private Citizen. The rest of the world has moved on, so now it's time to think up names for Biden.
Senile Old Fool.
Basement Dweller.
King of Puppets (I'd go with Master of Puppets, but the song is actually good, and he's not really a master).
Extra on Grumpy Old Men.
President Elect before Kamala Takes Office.
Emperor Palpatine has no Clothes.
Uncle Joe.
The Guy They Want You to Think was Elected before They Replace Him with Who You Actually Voted for.
Joe Biden? Is that my name?

Sometimes we won’t have much choice but to talk about him. He still pops up in the news for one reason or another (hopefully soon one of those news stories will be about him losing a lawsuit or getting indicted).

"Real President"??? . Really "?? .Do you even vaguely understand how our system of a Democratic Republic works???