Could never understand the attraction.

Honestly? When Black Panther came out I was actually interested in seeing it.

I think I have a pretty good imagination. I like a good time. I enjoy spectacle and over the top art, etc.

I think part may be I just don't like when stuff gets overcomplicated for what it is. I can't keep track of all the alliances, vendettas, otherworldly weapons etc. of these fanciful characters. I can't relate to it.

I'm gonna stop now. Choke me in the shallow water before I get too deep.


I know of an unreleased fully produced superhero film called "Sticks In The Proverbial Mud: An a2k Teamup Adventure" where a team of a2kers show how they killed their childhood as soon as they graduated elementary school and never enjoyed anything fun or imaginative and forgot about keeping things in proper perspective relative to many other things.

Though I have personally never watched them, I watched reviews on them.
The Return of Superman (1979) AKA Turkish Superman.
3 Dev Adam (1973) AKA Turkish Spiderman. 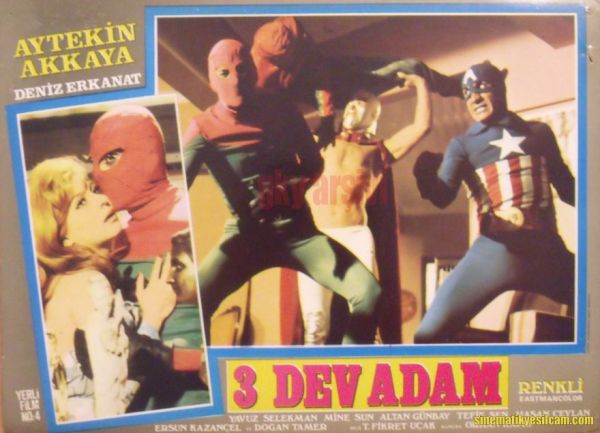 2. I was also told that he had a small brief cameo role at he end of the credits in the movie "Guardians of the Galaxy"

Yeah. This 2020 movie was destined to fail box office and critically speaking (without any COVID excuses it's going to take as a defense).

I second Steel as the worst.
1 Reply