Forums: Metaphysics
Email this Topic • Print this Page
Reply Thu 30 May, 2019 07:28 am
About a year and a half ago, December 2017, I heard a voice during my morning meditation. About the only voices I usually hear in my head are the ones I am on both sides of… inner conversations. However this one was different. It was a clear and resounding lower tone and didn’t appear until I was nearly done with my session. It clearly said, “No wonder you keep slaving into Amenti.” The first thing that came to mind was what does ‘Amenti’ mean? I had never heard that word before. I started searching online, and wherever else I could think of, to find out if what I had heard was a real thing. The best thing I could find at the time was that maybe I had heard ‘mente’ and maybe it wasn’t ‘into’ I heard but maybe ‘en tu’ translating to, “No wonder you keep slaving ‘in your mind’”. I am of the belief that All is mind so I was a little confused how I could be slaving into all that is. I have since been thinking about the voice and the message but had not discovered anything new. It was about two weeks ago when I heard the term ‘Amenti’. My eyes lit up and it resonated with me that that’s what the voice had said. It never felt quite right with ‘mente’. Now I am in the process of learning about Amenti and contemplating why a voice would tell me that I keep slaving into this place. Have you ever heard of such a story? Do you have any insights into what any of this means (if anything)? Once I interpret the meaning, maybe then I will figure out why it’s ‘No wonder’ that I’m doing such things. I thank you for your assistance and any help you may be able to provide. Thanks again.
Type: Question • Score: 0 • Views: 558 • Replies: 5
No top replies
0
Reply Fri 31 May, 2019 09:46 am
@Licobob,
Are you familiar with 'Samahdi'?
1 Reply
1
Reply Fri 31 May, 2019 02:29 pm
@Licobob,
Its a portal into another dimension.

My interpretation - some alien being is trying to enslave you into their dimension - don't fall for it or you may end up like these poor saps: 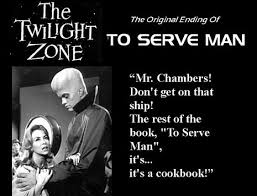