This doesn't make any sense to me... especially the part about democracy. There are lots of points of view that are shut out of democracy, that is kind of the point of democracy. The vast majority of Americans don't give any credibility to Nazis or Pedophiles, and yet democracy goes on.


Just because you listen to and try to understand atrocities like pedophilia and nazism doesn't mean you are legitimizing them in any way. I'm also very offended by these things and sometimes wince at the directions discussions about them could take, but then I realize that there are people who earnestly support some aspect(s) of them, or at least I want to know if there are people who actually believe in something about them and aren't just sexually perverted or perverted by hate.
1 Reply
1
Reply Sun 4 Nov, 2018 04:46 pm
@livinglava,
Quote:

Just because you listen to and try to understand atrocities like pedophilia and nazism doesn't mean you are legitimizing them in any way.

I agree with this. I can choose to try to understand these screwed up perspectives if I want. But I don't have to... it is my choice. I certainly don't feel I owe them anything.

Your civil rights example is interesting... so I will answer it.

The people you are calling "anti-civil rights" people had no obligation to listen to the civil rights movement. The goal of the civil rights movement was to change the laws and change the society. Whether or not they forced White Supremacists to listen to them was irrelevant.[/quote
When you say that, it throws 'governance by consent' out the window. Democracy is fundamentally about governance by consent.

[quote]Dr. King, and others, had a message that appealed to the conscience of American public in general. He very carefully crafted it to be an American story and appeal to Americans best ideals... freedom, fairness, justice. And the American public responded to this message.

So you're saying the goal was never to win over the hearts of all the people, just to get enough of a majority onboard to effectuate policies that would overpower any resistance by a minority of dissenters?

There are people who still haven't accepted the message of the civil rights movement. We move on without them. I am certainly not going to waste my time trying to engage them in rational discussion.


The essence of racial equality is full realization of the fundamental creed that all men/people are created equal. Civil Rights shouldn't be about anything except gaining full respect as citizens entitled to the same liberties as anyone else regardless of racial identity.

In many ways, I think Civil Rights has been abused by socialists who saw/see an opportunity in it to pursue politics beyond fundamental liberty and equality. Equality of outcomes is a project that defies the fundamental idea of a republic as a place where everyone is free to pursue life, liberty, and happiness according to their own independent judgment.

1 Reply
1
Reply Sun 4 Nov, 2018 06:17 pm
@livinglava,
I disagree with your point. It is also not relevant to the topic. When you start ranting about socialists, you kind of lose my interest.

Another gallant thread on the world views according to Max? Yes, we should all get along and skip holding hands under rainbows.

If any body dares to disagree, you call it silly, not worthy of your precious time or energy. So skip right along, dear Max. Pretend that posters who may differ with your opinion gang up together against you just to see you squirm.

Right?
2 Replies
-2
Reply Sun 4 Nov, 2018 10:39 pm
@neptuneblue,
Welcome Neptune, I am glad you are here. Did you read my original post? I think I explain the principle pretty clearly.

I don't think anyone has any obligation to respond to me if they don't think what I am saying has any merit. If I take a position that you think is insane, or ridiculous, or idiotic, or even silly, you have every right to ignore me. Ignoring someone in a public forum is not uncivil.

If someone does think what I am saying is interesting, provocative, or challenging to warrant a response, then I believe they should do it in a civil way.

Attacking my ideological position, or my belief, or my argument are a part of a dialogue between two people who aren't in the same idelogical camp. At the best, we can learn from each other. Barring that, at least we can understand each other respectfully.

But if a respectful dialogue isn't possible or isn't wanted, ignoring an ideology you can't respect is perfectly reasonable.

I engage with feminism. I ignore 9/11 conspiracy theories. This is because I respect part of what feminism is saying even while I criticize what I believe are excesses. To me this is a worthwhile discourse.

In both cases (feminism and 9/11 conspiracies) I avoid making personal attacks.

0 Replies
0
Reply Mon 5 Nov, 2018 04:14 am
@Sturgis,
I appreciated that you stepped in and got back to the subject. I thought she was harmless because of her name. Other thoughts come to mind. "Kind" implies "gentle". "Piano" makes me think of her...*stops and stares at keyboard*
1 Reply
2
Reply Mon 5 Nov, 2018 06:38 am
@neptuneblue,
Max was correct that it wasn't relevant to the topic, so why does he have an obligation to be interested in it?
0 Replies
2
Reply Mon 5 Nov, 2018 07:25 am
@Ponderer,
Hi Ponderer,
Just a couple of points to make.
First off, what I said is every bit as likely to be true as what Sturgis said. Probably more so. Now I'm talking about what happens in the real world, not the cotton candy world you want to inhabit.
Second off, I didn't insult anybody, I didn't self righteously look down my nose at what somebody had to say and I didn't resort to name calling or insulting people.

Sturgis, from now on if I see you on a thread, i'll cross the road so to speak, so you don't have to interact with the likes of me. Hope that helps.

I disagree with your point. It is also not relevant to the topic. When you start ranting about socialists, you kind of lose my interest.


Sorry that bores you, but I think it accurately describes how the Civil Rights movement got co-opted from being about non-discrimination to being about social-economic equality.
0 Replies
3
Reply Tue 6 Nov, 2018 10:11 am
@maxdancona, 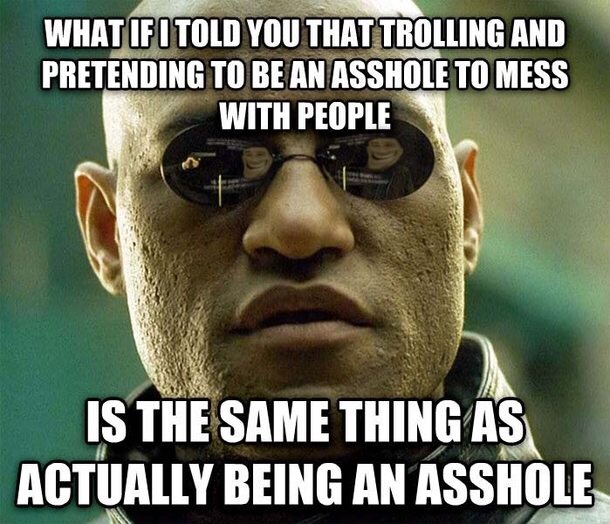 Is it possible to have a civil discussion without conforming to a broad set of ideological beliefs? There are two basic camps in the US, each one subscribing to a core set of beliefs that the other side rejects. People can have squabble respectfully about minor issue within their ideological side... but it is very rare to see meaningful dialog between people outside of their own ideological crowd.

Would you be able to give an example or some examples of topics where this civil discussion which falls outside of the core beliefs might be about?

Personal issues regarding to personal life which does not 'fit' within either set of core ideologies? What could some of those be?


For me personally, I might say, the topic of the necessity for a mandatory 'set of hours' within a certain 'sector' in which the pay rate is set at a certain rate.

Why are 'teachers' paid what they are whereas school custodians are not? Or why are Principles paid more than teachers in the same school?

Or, why do I need years and years of experience as a Cashier at McDonald's before I am allowed to become a Manager for that 'restaurant'?

Or, why must I start at a certain level if I'm not even interested in that 'level'?

So it might be about 'experience' and 'stability'. Am I stable enough to hold onto the higher position working with repetitiveness?

And as a 'free thinker', how can this repetitiveness lifestyle aid or contribute to my mental and spiritual growth?

Will I become 'conformed' to civilization because I can handle and be stable within a repetitive work environment? But if you think about it, homelessness and the 'freedom' homeless can bring in certain situations is just as repetitive as working in a repetitive job. It's the same thing, day in and day out.

Okay.. fine.. But then there is censorship for those that are truly 'growing' in their repetitive jobs. The cashier at McDonald's, for example, might want to employ some certain 'things' to his or her working as a Cashier which does not negatively effect the Restaurant or the workers or the customers. But because it might be 'new', the manager might not allow it or speak against it. And so the cashier has to revert back to the 'customary' way of being a cashier, McDonald's style.
1 Reply
1
Reply Sun 18 Nov, 2018 06:12 pm
@daverod,
So where can positivity come from? From the Mangers and those who 'oversee' the businesses. They can allow [for] certain things and give reasons why certain things would not be permissible rather than flat out censorship.

That is why many choose to try the private business sector. They don't need to worry about being 'censored' to their own ideas and ways of keeping and maintaining, etc....


Night clubs, which often is a venue for partying, even has 'censorship' in it.


It could have something to do with Law, or then again, it might not.

Racking up lines on the table or smoking bowls of illegal substances within a venue for partying could have that establishment closed down.


But keeping within the established laws and rules is not censoring if a person breaks them.


Freedom of speech. Some forums promote 'freedom of speech'. But when a person uses that 'granted' permission, they are 'censored' or 'banned'. Not that they break other vulgar or obscene rules which they were also to keep but for other 'reasons', they are either censored or banned.

2. You enter into another neighborhood. You definitely are not a part of that neighborhood. You are displaying things that the residents there might might 'offensive' in one way or another. What might you expect?
2 Replies
1
Reply Sun 18 Nov, 2018 06:32 pm
@daverod,
Remember, neighborhoods are places where 'neighbors' live near one another.

What would you call a 'home invader'? A neighbor or truant?

Here is something which occurs.

A neighbor is asked by another neighbor to keep their noise down after certain hours. The neighbor obliges.

Soon, however, the same neighbor which was asked to keep their noise down after certain hours asks for a request from the same other neighbor. This time, however, that neighbor says it is none of their concern what they do.

What would you 'call' this?

Rent in that place is within the average of that community. There are other tenants that are also required to maintain and keep up with the rent and property.

2. You enter into another neighborhood. You definitely are not a part of that neighborhood. You are displaying things that the residents there might might 'offensive' in one way or another. What might you expect?