Forums: Guns, Hate Crimes, National News, True Crime, Antisemitism
Email this Topic • Print this Page
Reply Sat 27 Oct, 2018 05:30 pm
Today, a gunman shot up a synagogue in Pittsburgh while people were praying. 11 people are dead. The shooter is in custody, and his social media is rife with antisemitic statements. In part, he apparently blamed Jews for the caravan of people coming in from Central America. 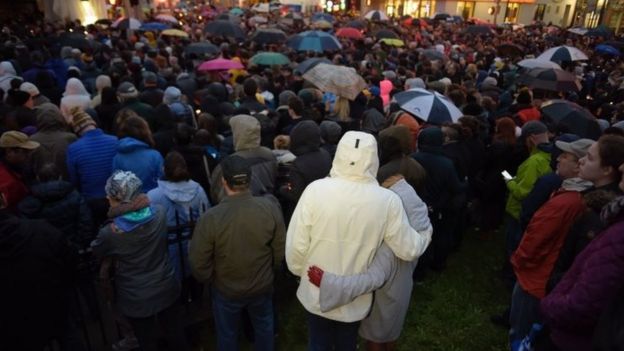 Above, a vigil to commemorate the victims of the attack.

It is considered a hate crime. See: https://en.wikipedia.org/wiki/Hate_crime_laws_in_the_United_States

Of course I am horrified. These are the kinds of services my family and I used to go to all the time. According to the Anti-Defamation League, "We believe this is the deadliest attack on the Jewish community in the history of the United States."

If you want to argue that there should have been guns in the synagogue, please take that argument elsewhere. The police of course were armed. And four of them were injured in this attack.

I don't want houses of worship to become armed camps. So if you simply must argue such things, open your own goddamned thread. Thank you for your anticipated cooperation.

I'm here to write about the victims, and the courageous first responders. Not the perpetrator. I don't want him to be any more famous because of what we write.

And here's a GoFundMe for the survivors and the victims' families: https://www.gofundme.com/tree-of-life-synagogue-shooting
Type: Discussion • Score: 14 • Views: 1,889 • Replies: 23
6
Reply Sat 27 Oct, 2018 05:36 pm
Been following. I don't know how to comment on these shootings anymore. We know how to get away the guns, if we had the will, but not how to cleanse away the hatred behind them.
0 Replies
4
Reply Sat 27 Oct, 2018 11:39 pm
Well, when you have the president running down Hispanics (a few of them might be decent people), blacks, (low IQ), Native Americans (Pocahontas), it was only a matter of time before his neo-Nazi followers came to this.

Kristallnacht with an assault rifle.

these are the names to respect and remember


I hope the below is correct and appropriate 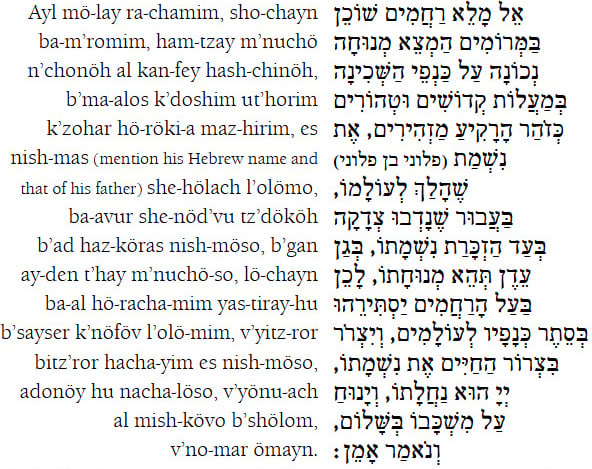 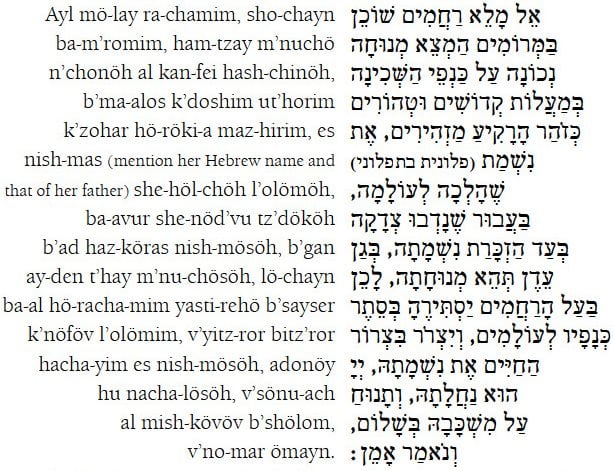 it is to weep

0 Replies
6
Reply Sun 28 Oct, 2018 12:20 pm
@jespah,
These horrific acts are not about removing threats, they about obliteration. I donŌĆÖt know how it starts but the hated is fostered until it festers and then suddenly they give themselves permission to annihilate people. The members of the synagogue were not a mob breaking into his house, he purposely strode into a house of worship for the sole purpose of killing as many people as possible. His twisted hatred even gave him permission to attempt to kill the people who came to protect the congregants. How dare they stop him.

Earlier this week we saw 14 pipe bombs delivered to the leaders in the Democrat Party, contributors to the Democrats, the former head of the CIA and the Former DCI,,,,,,,,and yet there are people in this country who dismiss it as just a scare tactic, after all, the bombs didnŌĆÖt explode did they? We are at the point where as long as murder isnŌĆÖt directed at us itŌĆÖs not really anything to get riled up about.

If we continue to ignore the outrageously heated rhetoric as if itŌĆÖs business as usual, more innocent people are going to die. The Alex Jones folks, Lou Dobson, Rush Limbaugh and others so called leaders are claiming a false flag....this dreadful murder of mostly elderly people is being modified as avoidable if only the octogenarians were packing heat. ItŌĆÖs outrageous, it canŌĆÖt go on, it has to stop and for pityŌĆÖs sake. WHY ISNT EVERYONE OUTRAGED??
1 Reply
4
Reply Sun 28 Oct, 2018 12:38 pm
@glitterbag,
Exactly. Love & solidarity to all our Jewish brothers & sisters. Excuse me, fellow gentiles, didnŌĆÖt we all agree that we would NEVER let something like this happen again? That we would, at the first HINT of fascism, put an end to it before it grew into something worse? That moment is now.
0 Replies
5
Reply Sun 28 Oct, 2018 01:12 pm
@jespah,
I just checked in on Facebook and learned that one of the men killed was a childhood friend of a woman I worked with. She's bereft and had seen him recently at a school reunion. The tentacles of hate are weaving thru our everyday lives...when are we going to demand that it stops.

If we wait until it touches every household in the country it will be too late. We have to stop tolerating intolerance.
0 Replies
5
Reply Sun 28 Oct, 2018 02:14 pm
Thoughts and prayers to the universe for those who were taken yesterday and to their families and loved ones left to carry on following this horrific act.

Let us not become numb to these kinds of attacks, to a point of not feeling anything or reacting when they happen. Let us unite and form strength.
0 Replies
4
Reply Mon 29 Oct, 2018 02:52 am
Muslims crowdfund for victims of Pittsburgh synagogue attack

How anyone thought a 97 year old woman was a threat is to defy all reasoning.


There is no understanding hate. It's a horrible state of being and it's too bad we can't foresee these events.

My guns have never killed anyone.

My guns will only kill someone who tries to kill me.

The guns of sane people will only kill people who threaten the lives of those sane people.

Insane people find ways to kill other people. They do it with cars, bombs, guns, knives, and their hands.

Make it impossible for insane people to own guns.

We do need better reporting of those with the appropriate diagnosis of mental illness, though there should be some sort of appeal process of the diagnosis.
1 Reply
2
Reply Mon 29 Oct, 2018 05:14 pm
@roger,
I wish I believed that it was only the mentally ill who did this sort of thing, or that they would assessed to be mentally ill.

Mentally ill? not coming through in the commentary at all.
1 Reply
1
Reply Mon 29 Oct, 2018 05:16 pm
@jespah,
I apologize for following the digression.

I'm here to write about the victims, and the courageous first responders. Not the perpetrator. I don't want him to be any more famous because of what we write.