What is the Reasons to Demolish a House?

Forums: Construction
Email this Topic • Print this Page
Reply Thu 21 Jun, 2018 11:17 pm
Demolish
Type: Question • Score: 5 • Views: 892 • Replies: 8
0
Reply Thu 21 Jun, 2018 11:19 pm
@claudefranklin,
There may be many reasons why a person wants to demolish his/her house. One of the common reasons is because the structure of the building is too tired to re-modify. Some homes must have been built a very long time ago, and if people are unable to do any sorts of re-modification to the building, then they would prefer to demolish the house. Some people might not like the way the house is built, but the land in which the house is built might be of great value and thus they would want to demolish the house.
1 Reply
3
Reply Thu 21 Jun, 2018 11:23 pm
@claudefranklin,
What is the Reasons to Demolish a House?

It keeps dump trucks from roaming the streets aimlessly.

In certain legislatures it might prove convenient to dispense with an intractable bi-cameral system.

The property was compulsorily acquired by government for infrastructure improvements that are never intended to be completed.

The party got out of hand.

Collect on the insurance.

Landlord is pernickety and your rent is three months overdue.

You want to be on tv.

Moving interstate.
2 Replies
2
Reply Thu 21 Jun, 2018 11:49 pm
@laughoutlood,
one more: to get rid of the wife to soon to be ex
0 Replies
1
Reply Fri 22 Jun, 2018 12:01 am
@laughoutlood,
I recall hearing a story on TV. I don't remember what show it was, but it was quite awhile ago. A couple was having trouble selling their house because some 20 years previously their tarantula had escaped and was never found alive or dead. Over the years there was an occasional dead desiccated mouse that might have died from anything, but also could have been fed on by a hidden tarantula.

The sellers couldn't imagine that it would still be alive after all this time, and they didn't find all that many dead mice (not nearly enough to represent regular feeding). Yet, they never found it dead either. And they couldn't guarantee that it wasn't still somehow living inside a wall or ductwork and coming out to feed.

They mentioned that there was this one couple who absolutely loved their house and was set on buying it, until they told them about the tarantula.

I've no idea if they ever managed to sell the house, but I imagine that if they could never find a buyer, demolishing the house would have to be an option.

I know that I'd never sleep in a place where there was any possibility that I might wake up with a tarantula on my face.
0 Replies
-1
Reply Fri 22 Jun, 2018 01:23 am
@georgefernandes,
georgefernandes wrote:

A hedge fund billionaire bought this beachfront house in the Hamptons for more than 40 million dollars, and then immediately tore it down so he could build a nicer house.

I remember it because it was right during the financial crisis, and some people thought that was a bit much. Here's the new house that he built on the same spot: 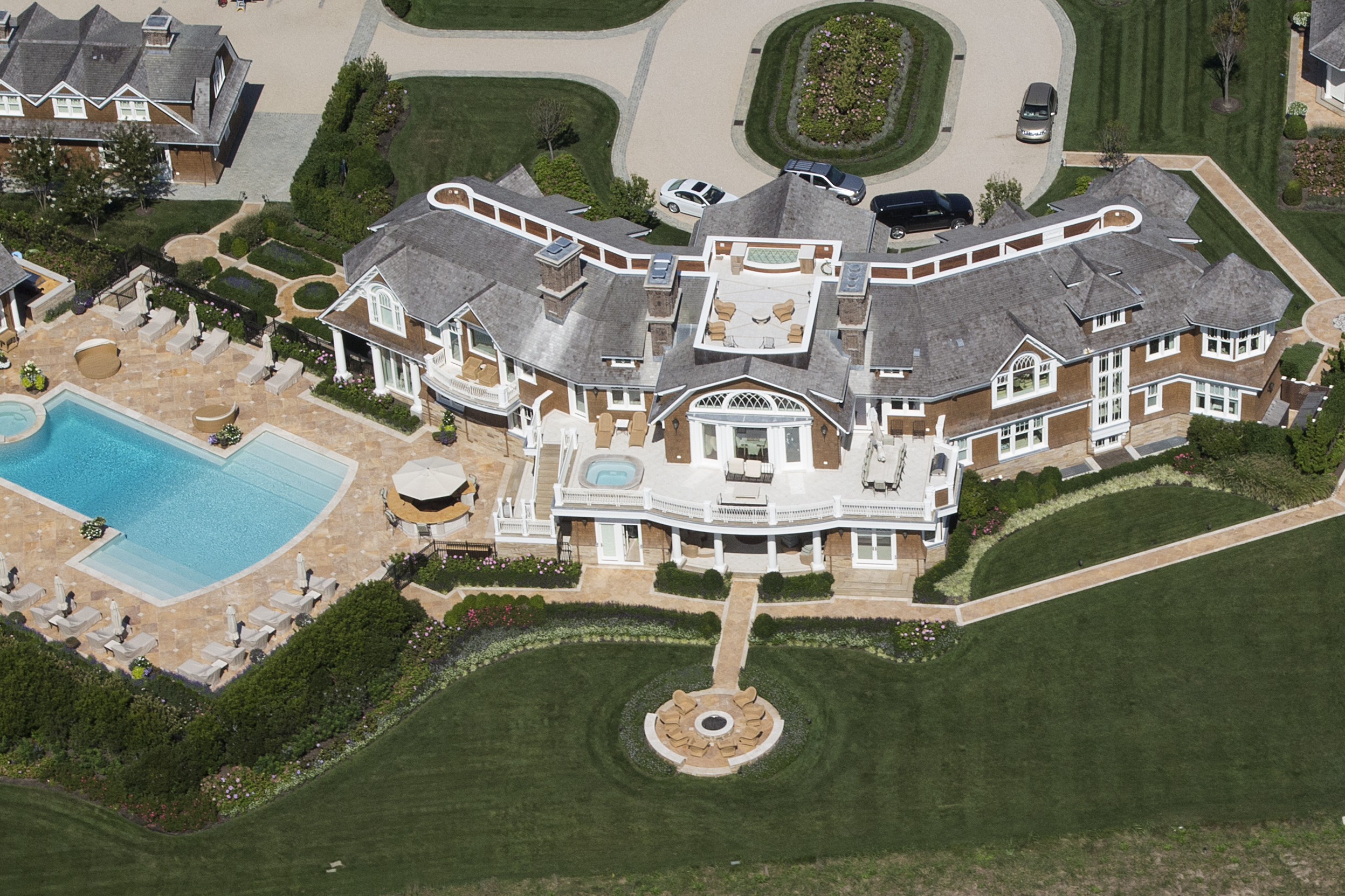 0 Replies
1
Reply Fri 22 Jun, 2018 08:41 am
@claudefranklin,
You ever see a show called hoarders? I saw my first one last night - definitely they should have just demolished the house.

How about in the case where you have those people who have so many animals you cannot possibly clean it again?

Another reason - severe water damage; storm damage - anything that makes the home too structurally unsound to be dangerous.
0 Replies
3
Reply Fri 22 Jun, 2018 08:46 am
@claudefranklin,
Evil demonic possession that CANNOT be exorcised.