This attorney in question has a history of violent outbursts:


YELP
Hundreds, if not thousands of reviews have been pouring into Yelp against this attorney and his firm. Dozens are providing clear instructions to report this errant attorney to the NY Bar association. 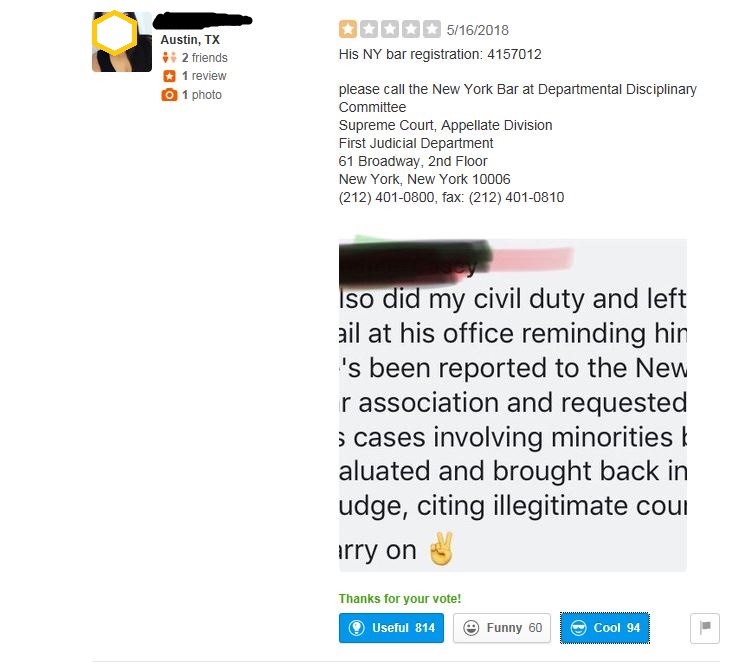 The attorney and his pals will likely argue that there's nothing against his free spew...er, I mean, speech. After all if the President can legally get away with it, then so should the average citizen.
0 Replies
3
Reply Thu 17 May, 2018 03:40 pm
Despite being so outspoken he doesn't seem to want to speak about it...